A Year After the Delhi Violence, a Letter to Our Friends in Jail

To Khalid Saifi and Umar Khalid, who made hope possible even when despair has been ever-increasing.

A year after the pogrom in Delhi, there are two dimensions to the magnitude of loss. The first is more tangible, with 53 lives lost, homes destroyed and the cementing of fear and a life of segregation amongst Northeast Delhi’s Muslims, against whom the violence was primarily targeted. The other side, however, is less palpable, instead casting itself as a shroud of silence with a quiet crackdown on Delhi’s Muslims, students, activists, and unspoken friction between those who once tried to live up to the ideal of solidarity.

“To be truly radical,” Raymond Williams once wrote, “is to make hope possible rather than despair convincing.” United Against Hate (UAH) made hope possible for us and for several others, even when despair has been ever-increasing and two of its co-founders find themselves incarcerated today.

Soon after the pogrom, instead of going after Kapil Mishra and the Hindutva mobs that incited anti-Muslim hate, we unsurprisingly saw the Union home minister Amit Shah name United Against Hate as being responsible for organising the Delhi violence in parliament. Shah noted that the name ‘United Against Hate’ sounded beautiful but the group’s actions were actually violent. This was the first among many canards to emerge from the Centre’s own ‘toolkit’ – designed to wage a real conspiracy against those upholding secularism and reaffirming the humanity of Indian Muslims.

Before we could even react to the accusations made in parliament by the same people enabling Kapil Mishra, the consequences unfolded in perverse speed. Khalid Saifi, one of UAH’s founders and an assertive Muslim voice driving several activities against communal hate, was arrested under the Unlawful Activities (Prevention) Act (UAPA). We were barely recovering from trying to respond to the images of  Khalidbhai broken-limbed, apparently due to custodial torture, when Asif Iqbal Tanha, who was also involved with UAH’s work, was sent to prison. Finally, almost as if the Delhi Police had waited months to write the climax of their script, our dear comrade and UAH co-founder Umar Khalid was incarcerated under the UAPA.

We both have spent the past year looking at TV news anchors calling them ‘hatemongers’ and ‘terrorists’, wondering whether to laugh at the insinuation or cry at the sheer ridiculousness. Khalidbhai, who faced criticism even amongst fellow-Muslims for organising both community Eid and Diwali gatherings with equal gusto, became for these TV anchors a ‘rabid Islamist’ who allegedly plotted murders. We watched in disbelief as Umar, a materialist and historian who’d hardly have any ideological common ground with the Popular Front of India, became it’s “leader” overnight, according to the writers of a 17,000-page chargesheet that could put Indian literary fiction’s greatest to shame.

It is one thing to see impunity, which has now become the norm in India. But here was hatred in such a perverse form that we saw the people with whom we’ve shared friendships and parts of our lives moulded into characters, caricatures of someone else’s universe.

The Khalid Saifi we know is the man who on February 24 last year was in fact trying to persuade the peaceful protesters to vacate the roadblock at Khureji. Sporting a beard and skullcap, he was also the man who would always offer us, women, a cigarette, never once in judgment of anyone’s lifestyle choices. In 2019, Khalid came to visit one of us on Diwali, bringing many gifts and we clicked pictures. In 2020, he called from jail to wish us Happy Diwali. The Khalidbhai we know is one who took immense joy in being a father and invited the entire locality to celebrate his childrens’ birthdays, forcing down creamy cakes to pose with his children for photos, despite his diabetes. Despite his job as a businessman, he devoted significant time to volunteering in party politics, including for the Aam Aadmi Party. In a cruel, twisted irony, it was Khalid Saifi who worked with Kapil Mishra when both were with the AAP. Today, the latter roams free for spreading anti-Muslim hatred; the former is caged for daring to foster harmony.

This regime rightfully talks about the children of soldiers killed in wars or at the borders, while our Humans of Bombay-esque pages oversaturate us with viral, almost fetishistic anecdotes of children of working-class marginalised people who made their parents proud.

But what of the children of political prisoners? What of the families of those incarcerated for peaceful dissent, for fighting for civil liberties or an idea of justice? Yasa, Taha and Maryam have to live today with the knowledge that their father will be shown on every TV channel as an enemy of the people. Nargis Bhabhi and her kids were forced to see Khalidbhai in a wheelchair, unable to walk due to alleged police torture, without an inkling of knowing when he will be back. Despite it all, they show resolute hope. We wonder whether they will be hailed and written about the way children of soldiers are, or praised the way “struggling children who lived the dream” seem to be.

In the 21st century, for all our chatter on prison reforms and anti-carcerality, ours is a country with neither physical nor emotional reparations for the families of political prisoners.

As we grow a year older, we’ve also seen how the UAH we know to have atheist-Leftists, practising Hindus, Sikhs, and other such people like us was portrayed as a ‘hateful’ and ‘Islamist’ organisation. Never mind locating the hatred in the Hindutva ecosystem, nor the fact that many members of the UAH, us including, aren’t Muslim. Having strong Muslim voices in its leadership and speaking up for Muslims was cause enough to make UAH a scapegoat in ‘New India’. To do fact-finding work, document police brutality and offer legal aid becomes a crime; it also becomes ‘Islamist hate’ when this public-spirited work is headed by a few Muslims.

Amidst this, we found our friend and comrade Umar Khalid become the prize-catch for this regime. We always knew Umar was a target, since the ground had been laid as far back as February 2016 anyway. But the journey from ‘Maoist set on breaking India’ to ‘hateful Islamist involved in anti-Hindu riots’ was something we hadn’t fully prepared for.

One of us first met him as a fan, only to become his confidant and friend. Meeting him in UAH’s Okhla office for the first time, we can’t forget how the first thing he asked even before knowing our name was the book she was reading. It was A.G. Noorani’s account of the RSS, and he wanted to borrow it even before she had finished it. For a world where cynics bitterly yell about 30-somethings apparently ‘wasting taxpayers money to do dharnabazi but never study’, Umar’s academic bent surely puts many to shame.

Even today, during court hearings, Umar Khalid love for books comes through. He asked the court for permission to access books from the library and newspapers. He tells us about stumbling upon a letter on Kobad Ghandy in prison, asks for more books and periodicals to help bide time inside the cell. Where others studied in order to end up as research scholars in Ivy League universities abroad, an equally qualified Umar chose to put his theory to praxis on the ground in India almost every day. Even now, when we last spoke, it was not about him telling us about jail conditions so much as it was the animated chatter on seeing farmers from Punjab being brought to Tihar jail, incarcerated for their tractor rally. 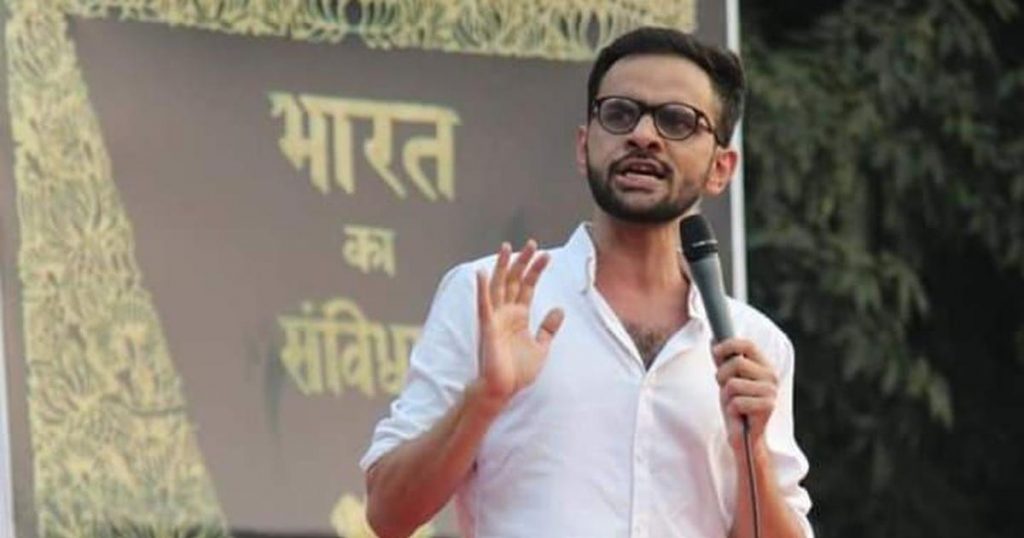 Amidst social circles where people still haven’t moved past questioning Umar’s atheism or his Muslimness, we saw our friend constantly work on organising people, be it in his native Okhla or in Mumbai’s Gateway. Where many saw him first and only as a ‘Muslim leader’, we saw him as someone who would be among the first to raise his voice for those incarcerated post-Bhima Koregaon activists, working-class migrants affected by the lockdown, the young women of Pinjra Tod and much more. Umar would always speak with an earnest voice, never giving into cynicism. Be it from seeing the Batla House encounter hit close to home, to engaging with Marxism and the fight against communal hate – his was a constantly evolving political understanding that never demeaned, never mocked others for not knowing enough, and always engaged in trying to change minds rather than burn bridges.

We were always prepared for the worst. Umar was more than prepared and knew that another media trial was imminent the moment he went to jail. We see not just the strength of Umar and Khalidbhai’s characters, but also of their families, friends and our own. Umar, Khalidbhai, Asif, and everyone else was already strong, but over the past year, we have all become strong for them. As we see our friends incarcerated and vilified, and a Delhi eerily repressed since the pogrom, we also pause and remember the words on a poster next to Umar and Khalidbhai during the anti-CAA-NRC protest which said, “You divide, we multiply”. And multiply, they have. Theirs are voices for sanity, equality and hope. We see and feel their presence amidst the farmers’ protests today, and in people’s shared struggles for Indian democracy in the years to come.

Tamanna Pankaj is a lawyer who has worked with United Against Hate. Sabah is a former journalist who is currently a student of law.