Delhi Minorities Commission asks for an enquiry into allegations that the SDM of Karawal Nagar misbehaved with the survivors and used abusive language. 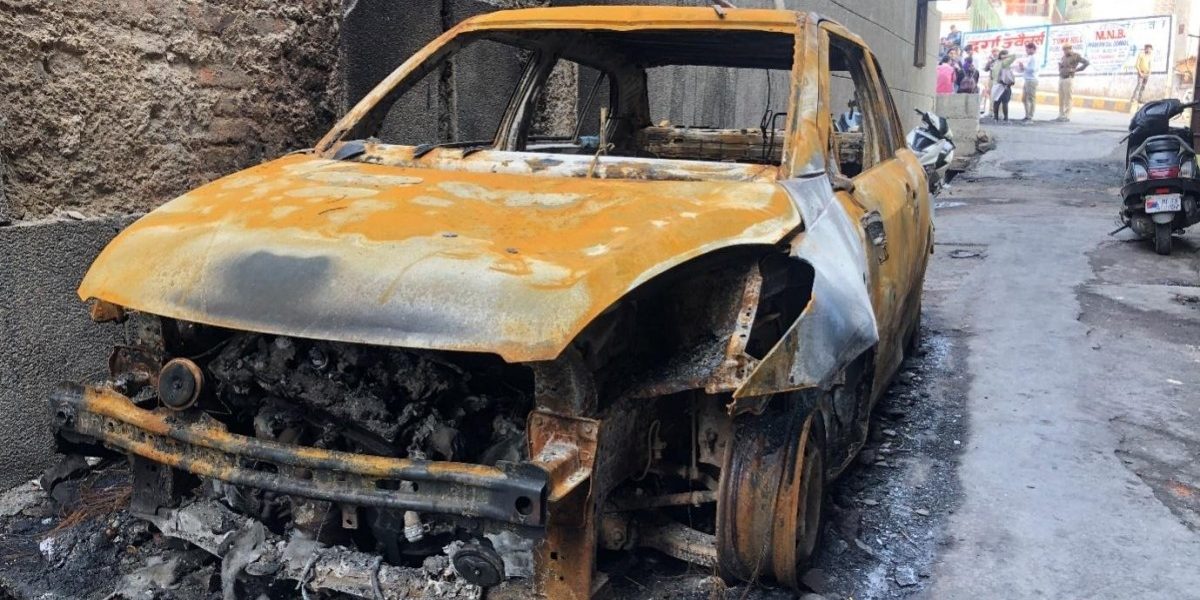 Remains of a car which was set ablaze in Shiv Vihar during the riots. Photo: Seemi Pasha/The Wire

New Delhi: The Delhi Minorities Commission (DMC) issued a notice to the district magistrate of North-East Delhi on Tuesday, July 7, asking for an urgent enquiry into allegations that the sub-divisional magistrate (SDM) of Karawal Nagar misbehaved with riot survivors and used abusive language against them when they went to his office to submit their compensation forms.

The notice, which bears the signature of Zafarul Islam Khan, chairman of DMC, has asked for a reply to be filed by July 10.

‘Despite getting directions from the #DelhiHighCourt twice stating that compensation be paid to victims of #DelhiRiots, SDM Karawal Nagar, Puneet Kumar Patel, continued to harass the victims. Today, Patel used abusive language and tortured the victims for over 3-4 hours. Victims, who left his office, have called their lawyers crying on the phone telling the lawyers that the SDM misbehaved with them and abused them [in] order to scare them. Can @CMODelhi @ArvindKejriwal @Abhinandita_m @golemar please help these people?’ (sic)

On June 23, The Wire had reported that the Delhi HC had ordered the office of the SDM, Karawal Nagar, to accept and process the compensation forms of the riot survivors and pay their compensation immediately. The high court had also ordered the SDM to accept compensation forms even when the accompanying police complaint had not been converted into a stand-alone FIR. The lawyers of the riot survivors claim that in cases of looting, the police did not register individual FIRs, but clubbed several complaints in one FIR alone.

The court order had come in response to a writ petition filed by riot survivors Neha Fareen and Mohsin, which had alleged that the SDM, the authority responsible for the assessment of compensation amounts, was refusing to accept compensation forms and had told the petitioners that the last date to submit them had been March 20. The petitioners also alleged that the SDM had refused to accept a copy of clubbed FIRs.

The petition said the SDM’s office had not resumed work even though the rules pertaining to the national lockdown had been lifted. The initial petition claimed that on June 12, when the petitioners visited the SDM’s office, they were orally informed that the last day of submitting the compensation forms had been March 20 and were asked to come after July 1 for any further queries.

In a follow-up story, The Wire reported on June 28 that despite the Delhi high court order of June 22 to immediately accept claims for compensation from riot survivors, the SDM of Karawal Nagar had refused to accept them and initiate the process.

On June 29, when the petitioners went to the SDM’s office again, they were allowed entry but the SDM reportedly told them that he could not accept clubbed FIRs, despite the high court order. He also demanded copies of rent agreements, despite the fact that oral leases of a time period less than one year, accompanied by delivery of possession, are considered legal under law, unless the oral tenancy between the landlord and tenant is disputed.

The petitioners then filed an urgent application before the Delhi high court on July 1, seeking compliance with its order dated June 22. The application stated:

The high court took up the matter on July 3 and asked the respondents – the Delhi Police, the Delhi government and the SDM, Karawal Nagar – to expedite the process of verification.

On July 6, when the petitioners approached the SDM’s office once again, he allegedly misbehaved with them. 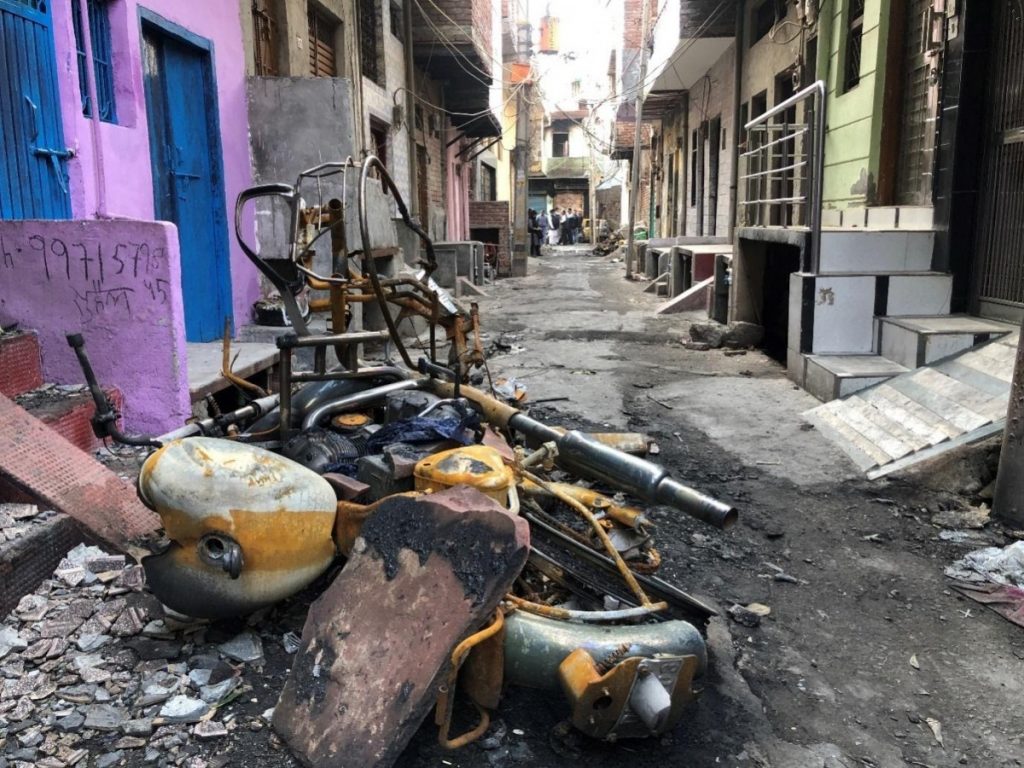 Remnants of motorcycles and rickshaws that were set ablaze in Shiv Vihar during the riots. Photo: Seemi Pasha/The Wire

SDM Puneet Patel told The Wire, “I have been trying to verify the authenticity of their claims. If they think that their claims can be processed without proper checks, they are mistaken.”

Patel denied misbehaving with the petitioners. “How can demanding proper documents be construed as misbehaviour?” he said. “I explained to Neha and Mohsin in great detail everything that is required of them to claim compensation. Their allegations are false and an attempt to tarnish my reputation.”

Also Read: Delhi Riots 2020: What Were Amit Shah and the MHA Doing When Violence Raged in the Capital?

A senior official from the Delhi government, who did not wish to be named, said that deputy chief minister Manish Sisodia is sending a team to North-East Delhi to look into the matter.

Communal riots had broken out in the national capital on February 23 and continued for almost a week. On February 27, the Delhi government had launched a compensation scheme for riot victims. The office of the Karawal Nagar SDM was given the responsibility of assessing compensation amounts under the scheme.