Delhi: Chaos as Nearly 200 Migrant Workers Who Got Messages to Board Trains Left Abandoned

While each train can accommodate only 1,600 people, messages were sent to 3,100 as a poor response was expected. But the authorities had no help to offer those who were left stranded. 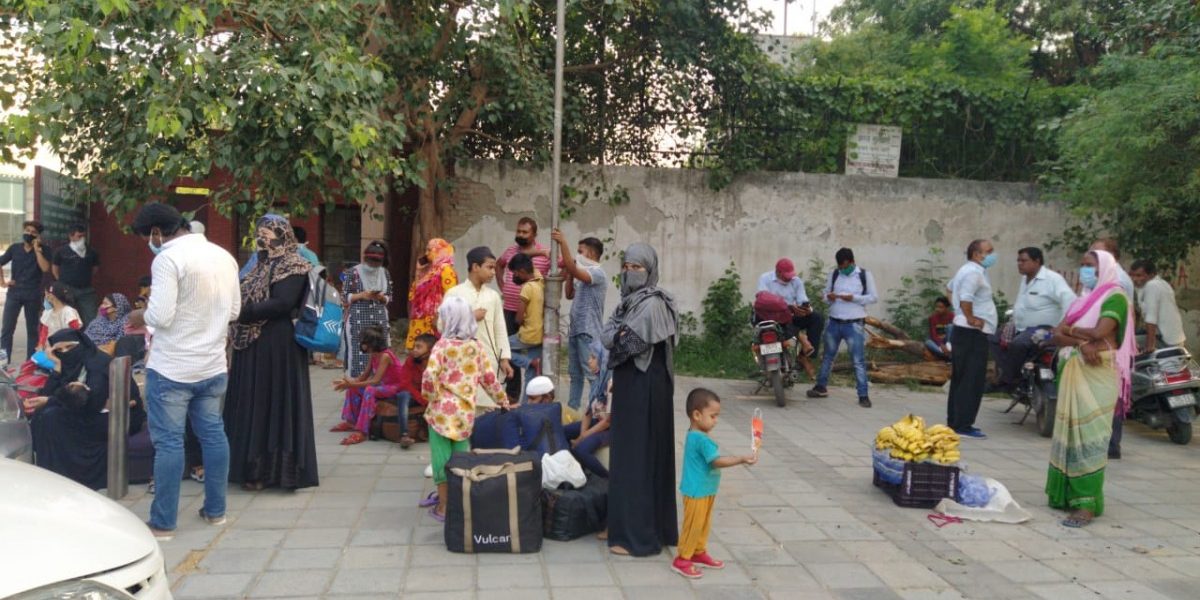 New Delhi: Nearly 150 migrant workers and their family members who were sent messages by the Railways to reach the Yamuna Sports Complex in East Delhi on June 18 for verification and taking trains to their native places in Bihar were left abandoned by the authorities as the trains were full and left with other passengers.

This chaos was witnessed despite the Supreme Court’s direction that migrant workers should be assisted in reaching their homes expeditiously. Incidentally, the Shramik Special train services were resumed in Delhi after a gap of over five days.

The authorities also did not even consider that many of these migrants, who in some cases were accompanied by women and children, had surrendered their rooms or tenements and had no place to stay. Some support networks then quickly came to their aid, first by arranging food – many had queued up and were hungry – and then by arranging buses to ferry them to different parts of Bihar.

‘Sad for authorities to abandon migrants on the roads’

Talking about the developments, Sonam, co-founder of Migrant Travel Support, which has been helping migrant workers with the documentation required to travel, said the problem arose because more migrants were called by the Railways than there were seats in the trains. She said that ever since the group began working with migrants, it has seen similar situations several times due to lack of proper application of mind.

“People with confirmed messages of travel are left out. They are simply abandoned on the roads and there is no one to take care of them or to even ask if they have had food or had resources to travel back,” she lamented.

Another co-founder of the support group, Chandrajeet, who coordinated with the migrants at Yamuna Sports Complex and later arranged buses for them, explained the reasons behind the chaos: “There are nearly 1,600 seats in each train but messages were sent out to nearly 3,100 per train, in keeping with the Railways’ past experience of the migrants’ response. So in all, about 9,300 messages were sent out.”

Chaos arose because of miscalculation

However, Chandrajeet, while giving the example of one train, said, “Since we interact with these migrants, we knew 2,000 people who would turn up definitely. But messages were still sent to 3,100 people on June 17.” And on the following day, he said, this resulted in chaos.

“At around 8 am, people began gathering at the screening facility at Yamuna Sports Complex. Later, most were sent by buses to the Old Delhi Railway Station, from where three trains were to leave for Bihar and one for West Bengal. But around 150 workers were left behind at the Complex as the trains were full.” Similarly, he said, around 35 people were left stranded in the evening at the Dwarka facility and 15 at Ambedkar Nagar.

Three buses arranged with help from other organisations

Chandrajeet said out of these nearly 200 people, around 40-50 had not surrendered their residences and so his group arranged cabs to take them back home. “For the remaining 150, we quickly thought of arranging three buses since the cost of lodging them in the capital would have been higher,” he reasoned. 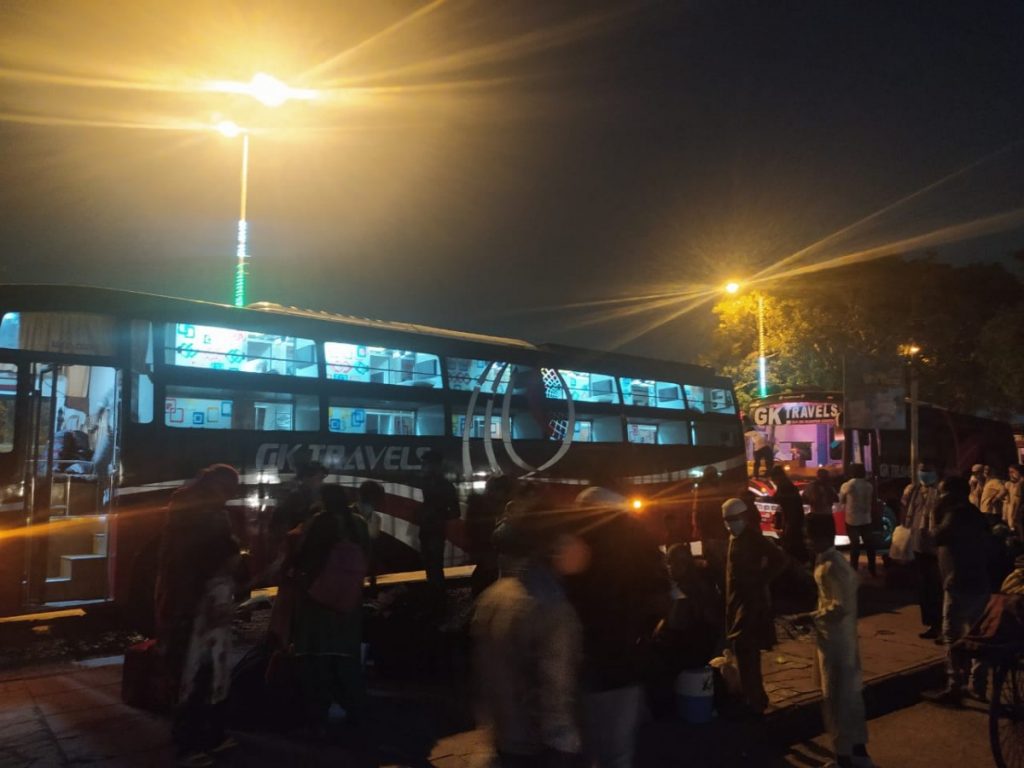 Having arranged over 30 buses in the past month, he said, the support group had run out of money—every bus to Bihar costs between Rs 1-Rs 1.25 lakh, plus GST, depending on the city. “So we got in touch with other NGOs and donors. Two of them – Give India and MTSN – offered to shoulder the expense of one bus each. We then raised some money to get another bus and so by 11 pm, we were able to get all the migrants aboard and on their way home.”