The bail orders in the UAPA cases against Natasha Narwal, Devangana Kalita and Asif Iqbal Tanha question the veracity of Delhi Police's accusations. 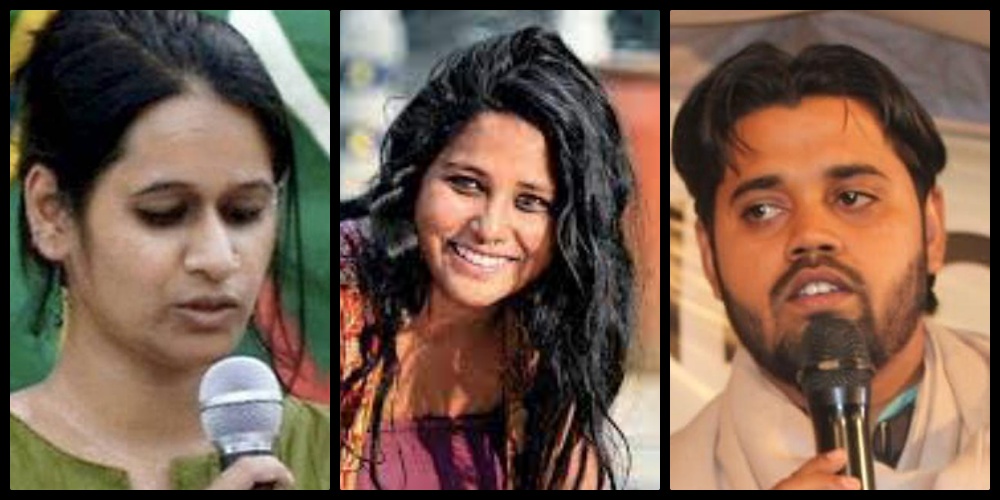 New Delhi: Student activists Natasha Narwal, Devangana Kalita and Asif Iqbal Tanha have been granted bail in a case filed against them under the Unlawful Activities (Prevention) Act. The decision was taken by a Delhi high court bench of Justices Siddharth Mridul and Anup J. Bhambhani.

The three were arrested in May 2020. Lower courts had dismissed their bail pleas in this case as it was filed under the stringent UAPA.

Bail for all three is subject to a personal bond of Rs 50,000 and two personal sureties. They have also been asked to surrender their passports and not do anything that may interfere with the case or investigation.

“While the presence of the appellant for purposes of trial must be secured, there is no material or basis to suspect; nor is there any reasonable apprehension that the appellant will tamper with evidence or intimidate witnesses. As very pithily put by the Hon’ble Supreme Court in P. Chidambaram (supra) the gravity of the offence alleged would beget the length of sentence, as may be awarded upon conclusion of trial; but an assertion as to the gravity of the offence cannot thwart the grant of bail,” the court said, while granting bail to Tanha. The bail orders for Narwal and Kalita too made similar observations.

The bail orders also questioned the veracity of the accusations themselves.

“We are not persuaded to think that prima-facie the accusations made against Natasha Narwal make-out any offence under sections 15, 17 and 18 of the UAPA; and therefore the stringent conditionalities contained in section 43D(5) of the UAPA would not apply,” the bail order in Narwal’s case says. “A closer reading of the allegations made against the Natasha Narwal shows that no specific, particularised or definite act is attributed to her, apart from the admitted fact that she engaged herself in organising anti-CAA and anti-NRC protests.”

“…though during trial the State will no doubt attempt to marshal evidence and make good the allegations made against the appellant, as we speak now these are mere allegations and, as discussed above, we are not convinced prima facie of the veracity of the allegations so made,” Tanha’s bail order says.

The high court also appeared concerned about the nature of these allegations, saying in the Narwal and Kalita’s bail orders, “We are constrained to say, that it appears, that in its anxiety to suppress dissent and in the morbid fear that matters may get out of hand, the State has blurred the line between the constitutionally guaranteed ‘right to protest’ and ‘terrorist activity’. If such blurring gains traction, democracy would be in peril.”

Narwal and Kalita are students at Jawaharlal Nehru University and members of Pinjra Tod, a collective that began in opposition to discriminatory curfew timings for women in Delhi University hostels. Tanha is a bachelor’s student at Jamia Millia Islamia. All three had been accused by the police of being part of a “larger conspiracy” that led to communal violence in North-East Delhi in February 2020.

Several rights activists as well as international agencies and observers believe this case was a way for the government to go after those protesting against the controversial Citizenship (Amendment) Act. As The Wire too has investigated, several right-wing leaders who gave openly incendiary speeches and issued calls for violence have been allowed to walk scot free.

The Delhi Police, however, has argued that Narwal, Kalita, Tanha and others used the anti-CAA protests to try and disrupt the law and order situation, thereby inciting violence in a bid to embarrass the Government of India.

Read the three bail orders below.

Natasha Narwal bail order by The Wire on Scribd

Asif Iqbal Tanha bail order by The Wire on Scribd

Devangana Kalita bail order by The Wire on Scribd