The pastor, Kelom Tet, filed a complaint two days after the incident took place. However, the police did not register an FIR then and said they were probing the claims. 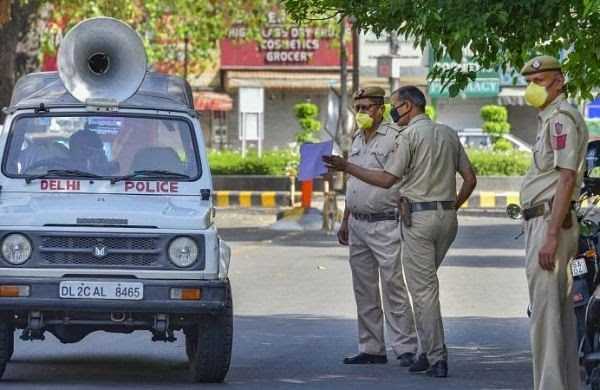 New Delhi: The Delhi Police registered a first information report (FIR) on March 3, Thursday, days after a pastor alleged that he was thrashed, humiliated and forced to chant ‘Jai Shri Ram’ by a group of unknown persons, who accused him of carrying out religious conversions “forcibly”, officials said.

The Delhi Police confirmed to Scroll.in that they had received the complaint on February 27 evening, but no FIR had been registered. They said they were investigating the claims.

A day after the news outlet published the story, the Delhi Police registered an FIR.

A video of the incident was shared by Scroll.in journalist Aishwarya S. Iyer, in which Tet is seen to be tied to the divider and being accosted by a mob.

ALERT: A Christian pastor has alleged a mob assaulted him in Delhi on 25 Feb.

"They took me to a crossroad where they tied my hands to the divider and started inciting people by saying I had come to do forceful religious conversions.”
Read ✍️ @scroll_in https://t.co/nYTvKZC2DU pic.twitter.com/jQzM9YbQNK

Thirty-five-year old Tet, who has been residing in South Delhi’s Asola for the last 18 years, recalled that he was targeted by another unknown group 15 years ago at Sanjay Colony in Delhi.

“Based on the complaint, we have lodged an FIR against unknown persons under sections 365 (kidnapping or abducting with intent secretly and wrongfully to confine person), 323 (punishment for voluntarily causing hurt), 341 (punishment for wrongful restraint) and 34 (acts done by several persons in furtherance of common intention) of the Indian Penal Code and an investigation is underway,” said Harsha Vardhan, additional deputy commissioner of police (south).

In his complaint, the pastor alleged that on February 25, a group of men harassed him and forced him to chant ‘Jai Shree Ram’ when he was on his way to work after meeting one of his friends.

Tet alleged in his complaint that the men snatched his Bible and tried to tear it, the police said, adding that the pastor was also allegedly punched and kicked.

“They snatched my bag which had valuables and the Bible. They tried to tear it but could not. They accused me of forcefully conducting religious conversions. They punched me, kicked me and forcefully took me in their car, saying they were taking me to Maidan Garhi police station. They also threatened to break my arms and legs,” he alleged.

The pastor was allegedly taken to Fatehpur chowk where the men tied his hands with ropes and started punching and kicking him again on the roadside, the police said.

“Around 100 people were standing there as mute spectators. No one came to rescue me. They made videos and watched me being thrashed and assaulted. But no one came to help. They also tried to instigate the students who were returning from school to chant “Jai Shree Ram” and beat me up. This went on for around 45 minutes,” he alleged.

He told the Indian Express that the men punched him, kicked him and spat on him for nearly half an hour. “Luckily, the rope broke. I ran to save my life and tried to hide but they caught me. I went to a house to get help but nobody helped me. Somehow, I managed to get inside a car and hid there,” he told the newspaper.

After 1 pm, he went home and called friends, who came to pick him up on a bike, the report said.

Tet told Scroll, “They were hitting my head constantly, and also attacking my chest and stomach… They hit me so much on the head that I was bleeding from my nose and mouth.”

Tet alleged that he somehow managed to escape after the ropes on his hands loosened.

“I kept asking them if I had done anything wrong and begged them to tell me the reason but they continued to physically assault me. I got so scared. I tried to escape but they again pulled me by my collar and started punching me. I somehow managed to escape and tried to take shelter in one or two places but again I got no help,” he told PTI over phone.

Tet managed to reach home and informed his wife, who is presently at their native place in Jharkhand’s Ranchi.

“My wife became afraid after hearing about the incident. She is also away and is expecting so cannot come here before her delivery. All I want is that the culprits should be caught and punished. I and my family should feel safe here in Delhi where we have been living for the last 18 years now and I need that assurance about the safety aspect,” he stressed.