Cyber Whispers: Why the MHA’s Volunteer Programme Needs to be Carefully Thought Through

The programme needs to be evaluated in the larger socio-political context of the day. The categories of content sought to be red-flagged are couched in broad terminology, creating a risk of unofficial surveillance. 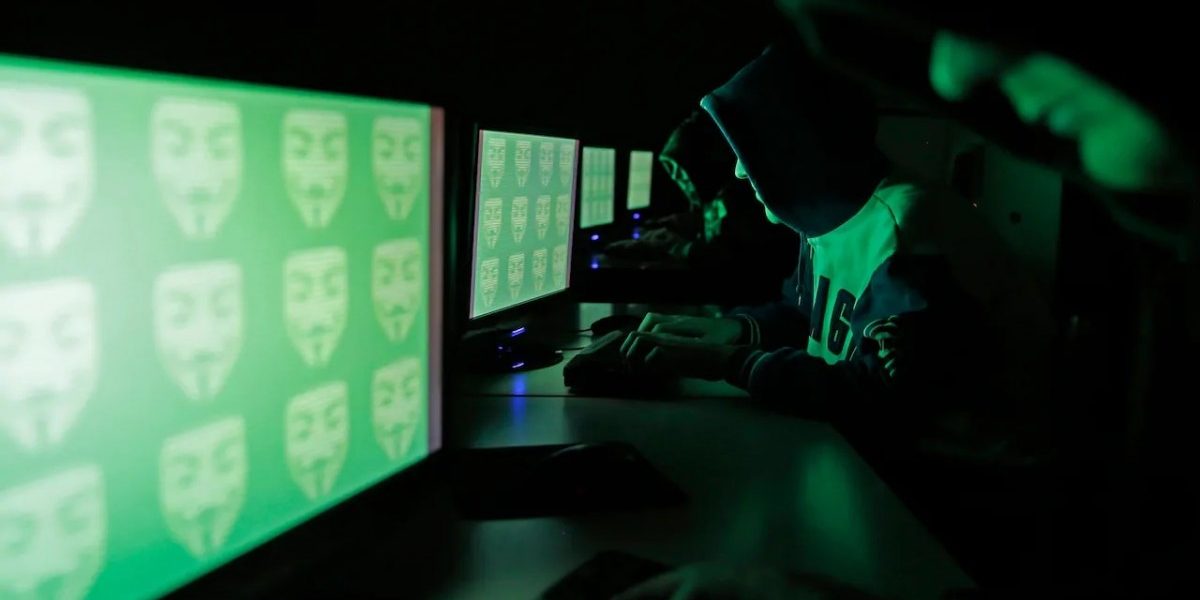 People pose in front of a display showing the word 'cyber' in binary code, in this picture illustration taken in Zenica December 27, 2014. Photo: REUTERS/Dado Ruvic 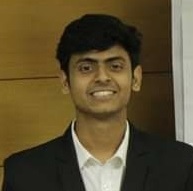 India’s home affairs ministry recently flagged off a ‘Cyber Crime Volunteers Concept’, an initiative aimed at inviting ordinary citizens to sign up as volunteers who would help identify the circulation of digital “unlawful content”.

While cybercrime experts have highlighted potential problems with such a move, it is also important to assess the program within a broader socio-political context of how the Centre is grappling with protests that are fueled by social media movements.

The volunteer programme is supposed to act as a facilitative tool between ordinary citizens and the government for the prevention of cybercrime. Any citizen can register herself under one of three categories: ‘Cyber Volunteer Unlawful Content Flagger’, ‘Cyber Awareness Promoter’, and ‘Cyber Expert’. Post-registration, the individual can directly report “unlawful content” being circulated over the Internet, which presumably includes social media platforms like Facebook, Instagram and Twitter, among others.

According to the government’s website, no prior verification will be carried out for volunteers who want to sign up under the first category, whereas some form of authentication (know your customer) will happen if a person wishes to be a cyber promoter and cyber expert.

The “unlawful content” sought to be identified through the assistance of the volunteer programme is labelled in broad categories, including any content against sovereignty and integrity of India, defence of India, security of the State, friendly relations with foreign states, public order, communal harmony and child sex abuse.

While the initiative is expected to be implemented all over India, law enforcement authorities in Tripura and Jammu and Kashmir have released notifications regarding the test run of the programme in its nascent stages.

The Tripura and the Jammu and Kashmir press circulars in lieu of the MHA’s volunteer programme ask volunteers to report content pertaining to, inter alia, “radicalisation” and “anti-national activities” without even actually defining what content constitutes the two categories.

These terms are imprecise and can be interpreted against citizens who are just critics of the ruling party. The MHA’s Volunteer Programme while flagging off broad categories like communal harmony, public order, security of the state, etc., whose judicial interpretation lies in the grey area, also leaves too much discretion in the hands of a volunteer (without any checks and balances since the volunteers are supposed to be anonymous).

The government also cannot take refuge in the fact that even if a person is falsely flagged by an MHA volunteer, they will eventually be proven innocent. In India, as the popular saying goes, the process is the punishment. 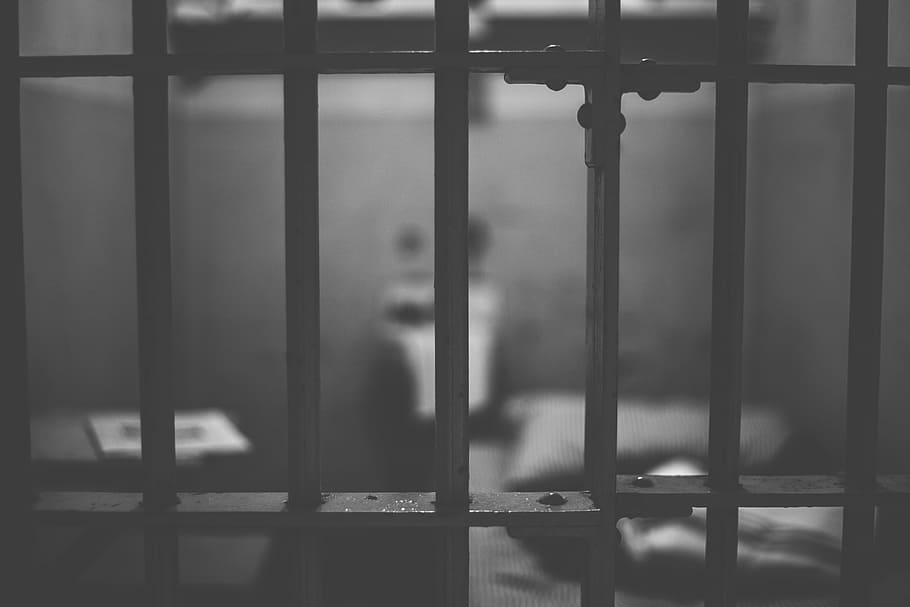 In India, as the popular saying goes, the process is the punishment. Photo: Public domain

From Centre to states

The trajectory of the Central government’s approach regarding the supervision of online content has been rather worrying. For instance, a familiar step was taken in August 2018 when the Ministry of Information and Broadcasting proposed to create a ‘Social Media Communication Hub’. The plan of the government was to employ media persons to be the “eyes and ears” of the government on a contractual basis. The tender floated by the Broadcast Engineering Consultants India Limited for the said proposal was the requirement of a platform for collecting “digital media chatter from all core social media platforms as well as digital platforms…” for assessing the sensibilities of the citizens about its schemes and programmes. A three-judge bench of the Supreme Court of India, while listening to the petition against this proposal, warned that the government’s move will be “like creating a surveillance state”. Following this intervention by the court, the ministry took down the proposal.

The recent approach of several state governments regarding scrutiny of social media activities has also been questionable.

For instance, Uttarakhand’s state police has decided that social media behaviour would be scrutinised before giving clearance for people applying for passports. Several services, including passports, received by a citizen after police verification could be withheld if someone is found to be posting any content which is “anti-social” or “anti-national” in nature.

The Economic and Cyber Crime Division of the Bihar Police Headquarters, issued a letter stating that legal action would be initiated against anyone who makes “offensive/indecent and misleading comments” on social media about the government ministers, MPs, MLAs and other government officials.

In a similar vein, the Kerala government brought an amendment in the Kerala Police Act which mandated a jail term for any “offensive” social media post. The amendment was withdrawn following the large scale opposition regarding its potential of misuse and disproportionate impact on freedom of speech and expression.

A common thread running through all these measures, and the recent MHA Volunteer Programme, is that the categories of content sought to be red-flagged are couched in broad terminology, thereby creating a risk of unofficial surveillance and casting a ‘chilling effect’ on the exercise of freedom of speech and expression. The government has perhaps forgotten the Supreme Court’s 2015 decision to strike down Section 66A of the Information Technology Act on the grounds that the grounds for criminalising online speech were vague and overbroad.

The Volunteer Programme needs to be evaluated in the larger socio-political context of the day. Social media platforms have become an effective forum for mobilisation, dissemination of views sometimes critical of the political parties in power, and an important platform for asserting individual autonomy and freedom of speech and expression enabled by the access to the internet.

The right to Internet access, which has been declared as a fundamental right by the apex court, often gets infringed as a result of internet shutdowns across various corners of the country. In fact, India leads the global tally for suspension of internet services over the past decade. It is also pertinent to note that a petition has been filed before the apex court for restoring internet services in the areas where the farmer protests have been ongoing. In addition to snapping internet services at protest sites, which would have allowed for easy dissemination of information regarding the protests, social media platform Twitter has been individually approached by India’s Ministry of Electronics and Information Technology to suspend over one thousand accounts – including that of prominent journalist, activists and politicians – under a heavy law that calls for identifying threat’s to India’s sovereignty and integrity. This has been identified by experts as a departure from the adherence to free-speech principles in a healthy democracy.

The timing of the MHA’s Volunteer Programme becomes particularly relevant in light of the Centre’s response to the recent farmer agitations. This has included the prime minister questioning the right to protest, otherwise believed to be one of the most celebrated constitutional rights in a democratic country.

In a recent debate in the Rajya Sabha, Narendra Modi condemned the rising instances of civil agitations across the country and termed a certain section of protestors as ‘andolanjeevi’ (people who thrive on protests). He further added that there is a need to identify these people and protect the nation from what he said were ‘parijeevi’ (parasites).

With state government curbs and the PM’s emphasis on the need to protect the country from ‘andolanjeevis’ – not to mention the recent sedition cases slapped against environmental activists – the dangers inherent in the state outsourcing the flagging of ‘anti-national content’ is self-evident.

Digital platforms have become an important avenue for the exercise of freedom of speech and expression. It is equally true that when online content poses a specific and harmful threat to individuals or groups or peaceful co-existence in society, it needs to be identified and adequately dealt with under the laws of the day.

The challenge is in carrying this out in a careful manner since the costs of such measures can strike at the very heart of a democratic country. The cyber volunteer programme runs the risk  for deepening polarisation and disorder in the nation. In a country where charges as grave as sedition are invoked on mere tweets, governments cannot afford to create a ‘citizen vs. citizen’ situation through such measures. Further, this institutionalised means for creating a ‘surveillance state’ is both bad in law and practise.

If one were generous, one might argue that the intent behind the MHA’s Volunteer Programme is the same as the intent behind the neighbourhood and citizen watch programmes that have been successful in many countries. However, the socio-political realities of India are such that the proposed programme will only further jeopardise free speech.

Abhishek Mishra is a student at NALSAR University of Law, Hyderabad, India.