The 'India: Annual Report on Torture 2019' has identified `15 trends of torture and impunity’ which reveal how torture has also become a systemic tool of oppression, extortion and silencing dissent. 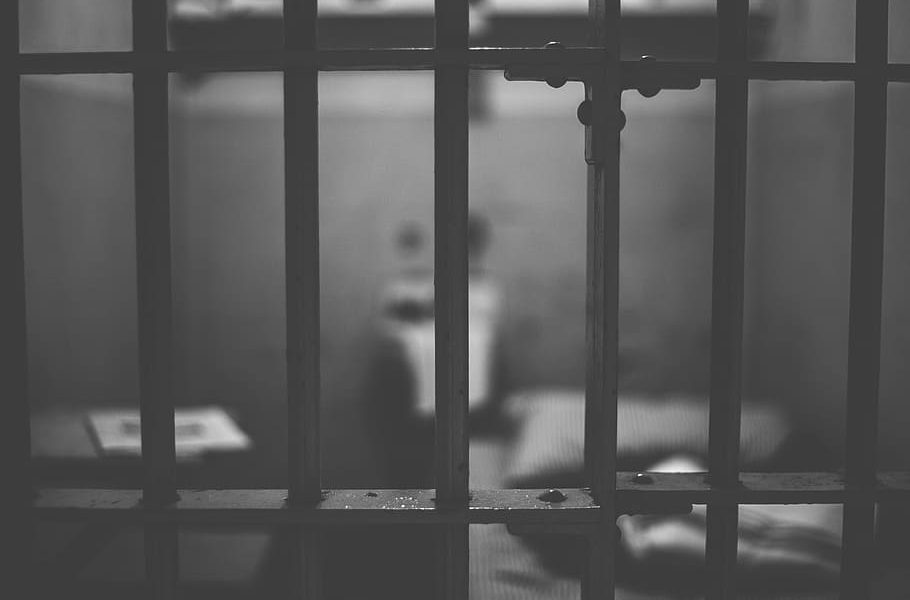 New Delhi: Every day, an average of five people die in custody in India, with some of them succumbing to torture in police or judicial custody. 2019 was no better, as 117 people died in police custody while 1,606 deaths were recorded in judicial custody. And yet, there has not been a single conviction in the deaths of 500 persons allegedly due to torture in police custody between 2005 and 2018.

A report by the National Campaign Against Torture – a platform for NGOs working on torture in India – has highlighted how torture continues to remain a favoured tool in the hands of the police to extract information and confessions, or sometimes just to victimise oppressed sections of society.

The ‘India: Annual Report on Torture 2019’ has also identified `15 trends of torture and impunity’ which reveal how torture has also become a systemic tool of oppression, extortion and silencing dissent. Further, it alleges that high levels of criminality exist within the police and amongst jail officials.

Drawing from the past, the report said with respect to the death of 500 “persons remanded to police custody by court” between 2005-18, 281 cases were registered and 54 policemen were chargesheeted, but not one has been convicted so far.

The report said in 2019, the National Human Rights Commission (NHRC) recorded 1,723 cases of death in custody. It noted that “most deaths in police custody occur primarily as a result of torture”. Of the 125 deaths in police custody, 93 (74.4%) were due to alleged torture or foul play while 24 people (19.2%) died under suspicious circumstances – such as suspected suicide (16 persons), illness (7 persons) and slipping in bathroom (1 person). Uttar Pradesh had the highest incidence of such deaths with 14 cases, followed by Tamil Nadu and Punjab with 11 cases each.

From a 17-year-old boy in Tamil Nadu, to Hira Bajania of Gujarat, Karan Kumar of Punjab, Nesar Ansari of Bihar and Ashok Bansal of Madhya Pradesh, the report cited cases where people were allegedly tortured to death only because they were suspected to have committed thefts. This apart, it pointed out how some, like Rajesh of Kerala, died by suicide as they are unable to bear such torture.

Also read: Custodial Torture: It Is the Criminal Justice System That Requires Investigation

In some cases, groups of people are also subjected to torture as the cops want to extract confessions. In this regard, the report cited the case of two Dalit brothers – Deepak and Dashrath – and 12 labourers, including women, of Gujarat who were tortured to extract confessions in connection with a case of murder. Often, it said, people are also tortured by cops or jail staff to extort money from them or their relatives.

The method of torture revealed by the report show the level of criminality in the police and jail officials. It also shows how operating in closed systems, they have a sense of entitlement and impunity.

The report said from acts like slapping, kicking with boots, beating with sticks, pulling hair, torture also includes barbaric methods like hammering iron nails in the body (as in the case of Gufran Alam and Taslim Ansari of Bihar), applying roller on legs and burning (as happened to Rizwan Asad Pandit of Jammu & Kashmir), and ‘falanga’ or beating with sticks on the soles (as with Rajkumar of Kerala).

Sexual crimes also perpetrated by the custodians of law

As part of torture, the report pointed to cases where the victims were forced to perform oral sex (as in the case of Hira Bajania and 12 others of Gujarat). Also, it said women continue to be tortured or targeted for sexual violence in custody.

In this regard, the report said a 35-year-old Dalit woman was allegedly illegally detained, subjected to torture and raped in police custody by nine police personnel at Sardarshahar police station in Churu district of Rajasthan. Her nails were also plucked by the cops who tortured her, the report said.

Most victims from poor, marginalised sections

The report said most victims were from poor and marginalised sections and were targeted because of their socio-economic status. It said 75 of the 125 people killed in police custody belonged to such communities with 13 of them being Dalits or from tribal communities, 15 being Muslims and 37 being those who were picked up for petty crimes.

After these heinous crimes of torture, the report said, the police often tries to cover up by destroying incriminating evidence of torture, not conducting post-mortems or cremating the bodies of torture victims in haste.

The NCAT recorded at least four such cases. These included the 17-year-old boy from Tamil Nadu; Hira Bajania of Gujarat, and Mangal Das of Tripura.

Even minors not spared

On how minors also end up being victims, the report said it was because the Juvenile Justice (Care and Protection of Children) Act, 2000 has not been implemented properly. It pointed out that those allegedly killed due to torture include four children in police custody and one in a juvenile home.

In jails too, the report said, torture was common. In this regard, it referred to how Nabbir, an inmate of Tihar jail in Delhi was allegedly tortured by a jail superintendent who branded ‘Om’ symbol into his back before depriving him of food for two days.

The NCAT report also accused the Indian Army and Central Armed Forces deployed in the insurgency affected areas and the border areas of being involved in torture. It said Mungshang Konghay was allegedly tortured in the custody of 17th Assam Rifles at Litan in Ukhrul district of Manipur in May 2019. “The victim alleged that he was tortured to make him confess that he is a member of an underground group,” it added.

Similarly, it said, in June 2019, 17-year-old Tarun Mondal was allegedly tortured to death in the custody of Border Security Force (BSF) in Murshidabad district of West Bengal. Suspected of cattle smuggling, he was first shot below the knee and then beaten with boots and rifles till he fell unconscious.

The report also blamed “armed opposition groups” like those in Jammu and Kashmir and Nagaland of using torture against ‘informers’. It said two people – Arif Sofi of Khudwani and Mehraj Ahmed Dar – were abducted by militants from their homes in Kulgam district of J&K on the suspicion of being informers. Though they were later released, one of them succumbed to his injuries.

Similarly, Hangkon Solting was tortured to death by alleged National Socialist Council of Nagaland (NSCN) (R) militants in Changlang district of Arunachal Pradesh, it said. It also spoke about how Maoists use “brutal killing and torture of their hostages”, including after being subjected to summary trial in so-called `Jan Adalats’ or people’s courts, in full public view to instil fear among the people.

Centre not keen on bringing own law, ratifying UN law against torture

Finally, despite the large number of cases of torture being reported each year, the NCAT lamented that “the Government of India has no intention to ratify the United Nations Convention against Torture (UNCAT) or enact a national law against torture despite the Law Commission of India submitting the draft Prevention of Torture Bill, 2017 for enactment by the parliament in October 2017.”

It added that the refusal of the Supreme Court, in its judgment of September 2019, to issue directions to the Centre to enact a national anti-torture law has further emboldened the government to not ratify the UNCAT.