The assessment by National Campaign on Dalit Human Rights finds that lack of awareness and poor coverage of the scheme severely curtailed the capacity of the marginalised to afford medical assistance during the pandemic. 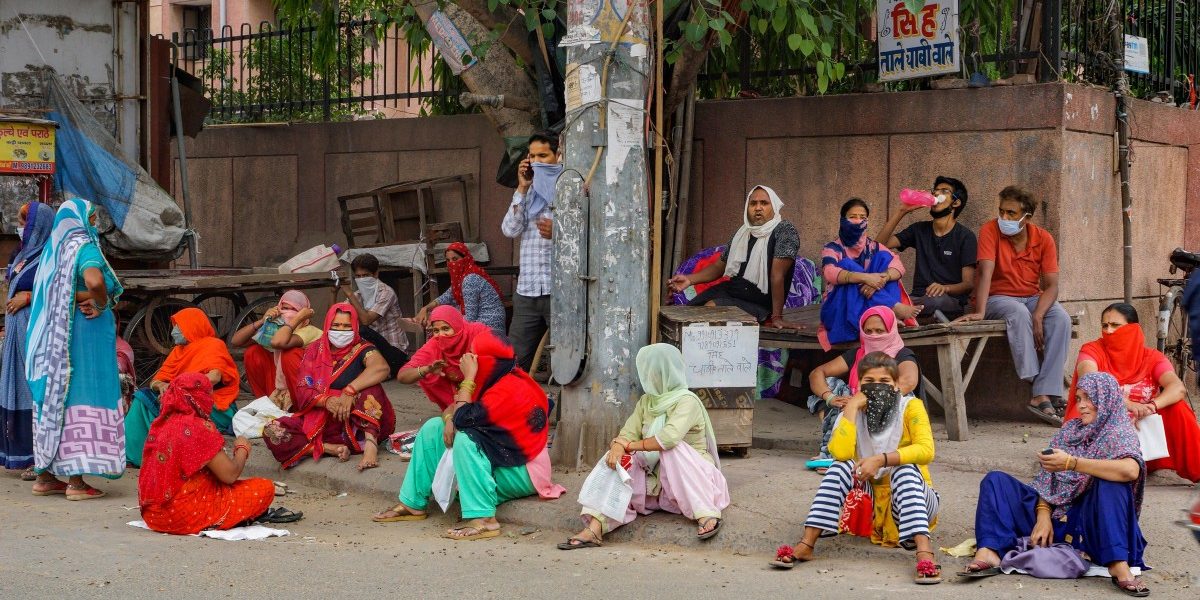 New Delhi: An assessment by the National Campaign on Dalit Human Rights (NCDHR) has revealed that the COVID-19 relief entitlements under the first round of the Pradhan Mantri Garib Kalyan Yojana (PMGKY) have not reached most Scheduled Caste (SC) and the Scheduled Tribe (ST) households across the country, creating “perpetual indebtedness” and “exploitation” among the marginalised communities.

This assessment examined the implementation of key social protection schemes among 25,032 SC and ST households in selected locations across 14 states. Analysis of data from eight out of 14 states is listed in one national factsheet, and for the remaining states, there are individual factsheets.

The assessment claims that there are: abysmal awareness about the announced package, gaps in coverage under significant social security schemes, and low benefit realisation by those enrolled under these schemes.

According to the Socio-Economic Caste Census (SECC) 2011 data, 83.55% of the Scheduled Castes and 86.53% of the Scheduled Tribe households’ highest earning members earned less than Rs 5,000. Hence, the NCDHR suggested that these communities require special attention during the pandemic.

At least 43% of the 21,406 SC and 46% of the 2,106 ST households did not receive information about COVID-19 symptoms and protective measures from the healthcare workers.

Around 66% of the 18,685 SC households and 79% of the 1,866 ST households lacked awareness about free testing and treatment provisions under the Ayushman Bharat Scheme – a 2018 national health insurance scheme to provide secondary and tertiary care hospitalisation worth Rs 5 lakh annually to vulnerable families that form the bottom 40% of the population, as determined by the SECC 2011.

The assessment claims that lack of awareness and poor coverage of the scheme severely curtailed the capacity of the marginalised to afford medical assistance during the pandemic.

Around 53% of the 19,839 SC and 63% of the 2,055 ST households lacked information about free LPG refills up to three cylinders under the Pradhan Mantri Ujjwala Yojana (PMUY).

Twenty-two percent of the 20,586 SC and ST households together reported having old-age pensioners in the households, with 23% widow pensioners, and 4% disability pension holders, but 68% of the 3,863 SC and 59% of the 460 ST pension holders were yet to receive the ex-gratia assistance.

At least 54% of the 19,505 SC households and 61% of the 1,954 ST households were unaware about Rs 500 cash assistance to women account holders under the Pradhan Mantri Jan Dhan Yojana (PMJDY).

Fifty-three percent of the 5,542 SC and 45% of the 633 ST beneficiary households had not received nutritional food support under the Integrated Child Development Scheme.

Eighty-three of the 15,312 SC and the 1,659 ST beneficiaries, respectively, of the National Food Security Scheme received the supply of free food grains, but 32% and 50% of the 13,742 SC and 1,427 ST, respectively, received less than full quota of the entitlement.

Recommendations to the government

NCDHR has recommended to introduce social security measures, especially for livelihood and income security of the informal sector workers from the SC, ST, and other marginalised communities and include all in them.

It has also recommended to identify those who still haven’t secured the COVID-19 entitlements till now, and ensure that they receive their due, and open and reactivate Jan Dhan accounts for the SC and ST communities.

NCDHR conducted a phase-wise inclusion assessment of the awareness, enrolment and the extent of realisation of the COVID-19 related national and state relief entitlements.

This was done by collecting real-time information on a mobile app by a network of local partners and hundreds of volunteers. Appeals were also made to the district and the state authorities for urgent action.