The three Delhi jail complexes have so far seen over 140 positive cases. Among those lodged are Kashmiri political prisoners and anti-CAA protesters. 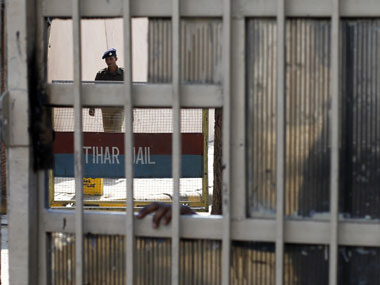 New Delhi: The death of former Congress MLA Mahender Yadav – convicted in 2013 for his role in the 1984 anti-Sikh massacres – who contracted COVID-19 while lodged in Mandoli jail in Delhi, has raised questions about the safety of prisoners in the three prison complexes in the National Capital.

Another convict, Kanwar Singh, who too was lodged in Jail No. 14 of Mandoli, died of COVID-19 last month.

Yadav’s death has also brought into sharp focus the issue of courts not allowing the plea of elderly prisoners seeking temporary release on the ground of poor health in the times of COVID-19. In the case of the former politician, the Supreme Court had on July 1 refused to entertain a plea for interim bail. Yadav had sought relief on the grounds that after testing positive, he had been admitted to an ICU.

Yadav was first convicted in May 2013 along with another Congressman, Balwant Khokhar, and handed a three year prison sentence. He was then sent to jail in December 2018 in a case in which former Congress MP Sajjan Kumar was sentenced to life by the Delhi high court.

However, the jail authorities refuted the charge saying when Yadav first complained of uneasiness and heart-related problems on June 26, he was first taken to DDU Hospital and then shifted to LNJP Hospital. Later, on the family’s request, he was admitted in Akash Hospital in Dwarka on June 30, where he succumbed on July 4 evening.

In the recent past, several other prominent politicians and other accused lodged in Delhi’s prisons have also requested relief from various courts. These include some anti-Citizenship Amendment Act protesters.

Late in June, Kashmiri separatist leader Shabir Ahmed Shah moved the Delhi high court seeking a separate cell in Tihar Jail. His appealed for parole after they learnt that he was very sick.

His wife, Bilquese, was quoted by a news agency as having said that Shah called her to say that he was unwell. Stating that he had diabetes, hypertension, IHD arthritis and that his immune system had become very weak as he has not been getting a proper diet, she added that it was “really worrying that many prisoners, jail staff and even one jail superintendent have been tested positive for COVID-19 in the jail.”

Bilquese also questioned why when prisoners were being released on parole across the world, Kashmiri undertrial prisoners were still languishing in jails.

Over 4,000 prisoners released on parole, interim bail due to COVID

Incidentally, the three jail complexes in Delhi – at Tihar, Mandoli and Rohini – together had nearly 13,600 prisoners at their peak in March this year. However, in view of the COVID-19 spread, 4,129 prisoners, including 1,168 convicts, have been released on interim bail or emergency parole.

Earlier in May this year the Delhi High Court had also asked the Tihar Jail authorities to submit a status report on COVID-19 patients in its jails.

Meanwhile, Delhi Prisons authorities – who handle the three prison complexes at Tihar, Mandoli and Rohini – have stated that a 24-point action plan has been devised for contact tracing of COVID-19 positive prisoners and staff at the jail complexes.

The plan involves creation of a Special Task Force in each of the three jails with the – chief medical officer, superintendent and some senior officials as members. Apart from this, the jail authorities would also be undertaking rapid antigen testing and contact tracing to curb the infection from spreading.

The jail authorities have also stated that the rapid antigen testing camp would be set up at the government dispensary in the Tihar complex. It would be used to screen the 2,600 prison staff members and also 800 security personnel from Tamil Nadu Special Police, who provide security to the three prison complexes.