Can the COVID Pandemic Change Citizens' Willingness to Act Against Corruption?

A crisis acts as a ‘focal point’ when citizens believe such a protest would have broad community support. A survey of 2,000 men tried to find if the pandemic had such an effect. A COVID-19 patient wearing an oxygen mask is wheeled inside a hospital in Ahmedabad, April 21, 2021. Photo: Reuters/Amit Dave

The recent incidents of deaths of COVID-19 patients due to fires in ICUs, and audits revealing defective ventilators purchased under PM-CARES, have once again highlighted the issue of poor service delivery and corruption in India, in general, and in the health sector which has been under the spotlight due to the pandemic, in particular.

A crisis acts as a ‘focal point’ when citizens are so intensely affected by it that they believe such a protest would have broad community support. Do critical junctures really drive greater motivation to join protest movements? The pandemic gave us an opportunity to test this hypothesis.

In a study we (Afridi, Basistha, Dhillon and Serra) conducted an online survey with over 2,000 men in India, between March and July 2021, eliciting their perceptions about corruption in the health sector and the willingness to act against it. We, then, analysed how these changed with the severity of the pandemic during this period.

Analysis from the survey

The number of people who died in the second wave of the pandemic in India, which reached its peak in May 2021, was unprecedented in its history, either by official or unofficial estimates. Even as we haggle with the number of people we lost, the grief and pain that the citizens of the country experienced is undeniable, touching nearly every family in the country. The collapse of the country’s health system affected the rich and poor alike, and irrespective of private or public sector. The health sector was so burdened by the catastrophic second wave that its collapse affected the rich as well, who until now, were not invested in improving the (public) health system.

The crisis amplified corruption in the health sector: our data suggest that corruption in the health sector was widespread during the pandemic. Nearly 70% of the respondents personally visited or had a household member visit a hospital since the beginning of the pandemic in April 2020. The majority of them report having paid a bribe (66%), having given a gift (61%), or having done a favour (70%) to a health provider to obtain a medical service. Moreover, nearly 50% thought that they have been overcharged for a medical service. These findings are supported by media-reported incidents of cheating and fraud in COVID-19 treatments as well.

We asked two questions on the willingness to address corrupt behavior. The respondents had to either ‘agree’ or ‘disagree’ with the below statements: (i) “I believe that citizens should demand that the usage of relief funds set up during the pandemic should be audited by independent third-party auditors.” (ii) “I am willing to raise my voice and participate in a protest against corruption in the provision of health services.”

We then analysed changes in their responses to these questions as the severity of the pandemic – and thus the timing of the crisis point – changed. Data on the total number of daily cases during March 1 to July 31, 2021 show that the second wave peaked just after May 1. We classify a subsample of 782 respondents across the country into those surveyed before the second wave peak (March-April 2021 (pre); N=306) and after the peak (June-July 2021 (post); N=476). Since both samples are random draws in terms of timing of survey, the pre and post sample are comparable – urban males, 86% below 45 years of age, 80% with a college degree, 47% married, and 75% had visited a health clinic for some ailment (own or family member, which may or may not be COVID related) over the previous 12 months. We then compare the experiences, beliefs, and willingness to act to fight corruption in the health sector for these two groups.

While we find no change in the proportion of respondents who agree with the first question before and after the peak of the second wave, there is an eight percentage point increase in those agreeing with the second statement after the peak in June and July (Figure 2). Overall, beliefs about willingness to respond to corruption in health coalesce after the peak, with the gap between own and majority response falling significantly for both questions. This suggests that there is greater commonality of opinions regarding fighting fraud in the health sector when a crisis looms – supporting the “critical junctures” hypothesis that individual’s own willingness to act depends on what they believe about others willingness to act. 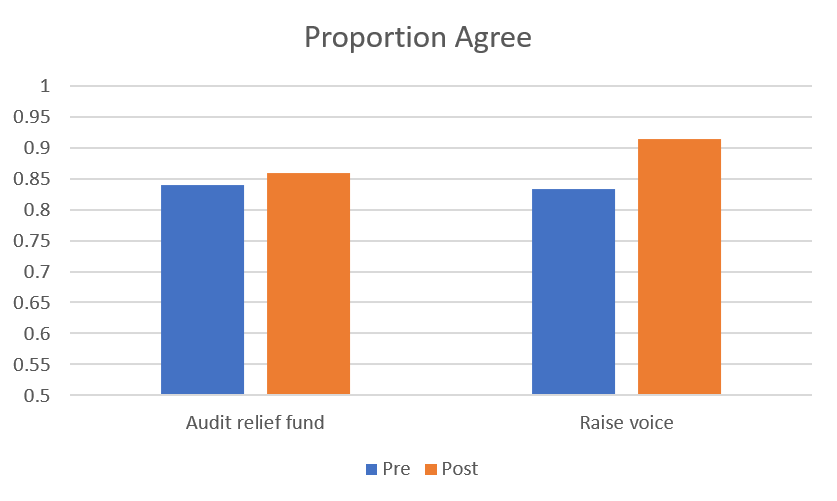 Figure 2: Proportion of respondents agreeing with statements on action to address corruption

Following the survey questions, we randomly assigned respondents to five possible actions they could take to address corruption – sign a petition addressed to the Ministry of Health to improve accountability in the health sector, donate to an NGO that works to improve health sector accountability, gather information on what actions individuals can take by watching a video on health sector regulations of prices and practices, and choose from any of these three actions (Figure 3). 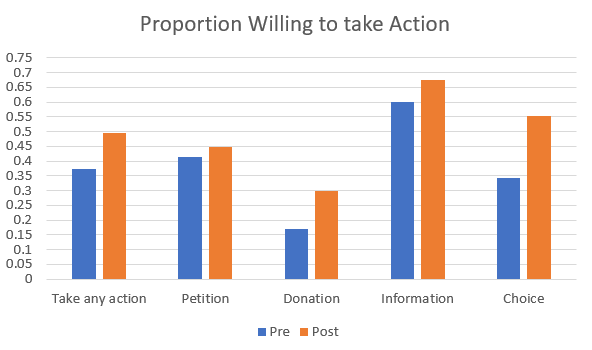 The evidence suggests, therefore, that the second wave of the pandemic not only acted as a focal point leading to greater willingness to act, but it also increased the probability of taking an anti-corruption action.

Could the increased desire to act arise instead from a greater likelihood that a respondent would be personally affected by corruption rather than the sense that many others had been affected (and therefore were more willing to act)? This does not seem to be the case – we do not find any evidence that respondents’ perceptions of corruption increased or that tolerance of corruption decreased when comparing answers before and after the second wave peak, with the averages being 69% and 57%, respectively. Hence, any differences in beliefs around fighting corruption are unlikely to be driven by personal experiences of corruption alone.

Historically, disruptive change happens when the apolitical masses become involved. Can crisis points such as the suffering imposed by the pandemic lead to the relatively better-off Indians finally waking up to their own power in changing the system?