Which Are the Wars Worth Fighting? The Case for a Ceasefire in Bastar

Any outbreak of infection in Bastar or across central India will decimate the Adivasi population. 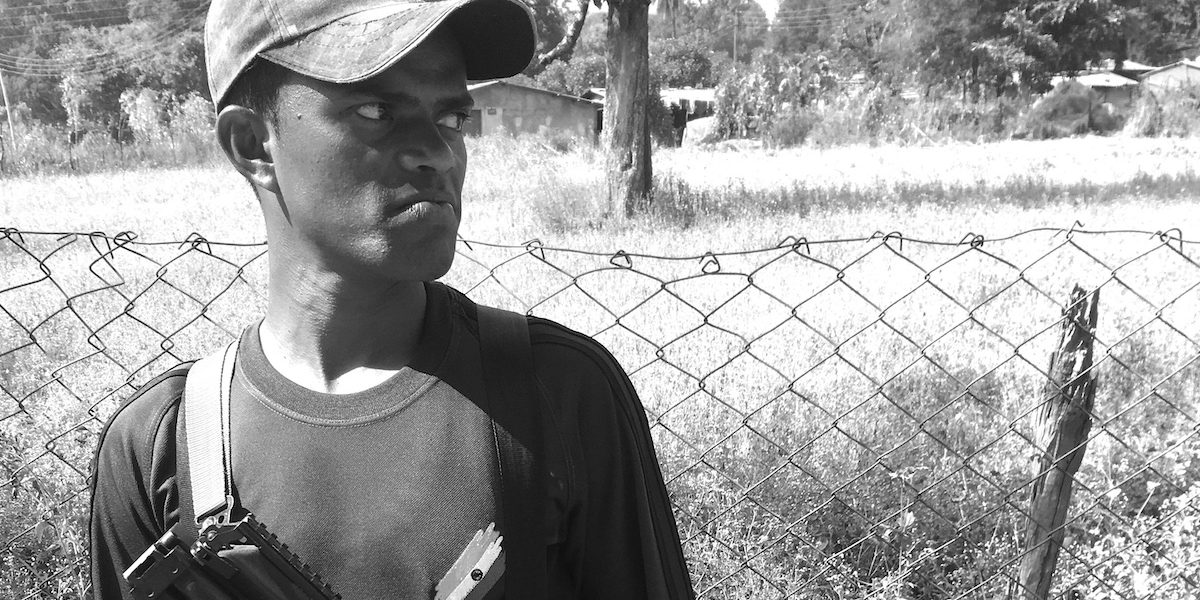 As India wages a war on the coronavirus, it is important for the country to sort out its priorities. The only other war that must accompany the lockdown is the war on hunger; all other offensive operations must be suspended. When the Supreme Court has asked the states to see if undertrials can be released, there is little logic in arresting more people. When the government’s first priority must be to save lives, it cannot afford to lose more lives.

The recent death of 17 jawans in Chhattisgarh, or 19 if one were to believe a recent Maoist press release, the wounding of some 14 others, as well as the death of some three Maoists once again underlines the futility of the war in central India.

Why assembling to fight is not a good idea

The March 21 encounter was allegedly set in motion by information that the Maoists were gathering in large numbers near Elmagunda; a joint team of the SRG, STF and Cobra went to catch them, and were ambushed on the way back. On either side there were at least 250-500 fighting men. If the Maoists and the security forces think the jungles of Bastar will keep them immune from the coronavirus and they don’t need to practice distancing, they need to think again.

News has just come in that seven villagers in Pidiya village, Bijapur have died. They had returned from Telangana, where they had gone to pluck mirchi. The symptoms were cold and fever, but it is not yet known what the cause was. Across the area, migrants are returning from cities, carrying all sort of vulnerabilities. Many are untraceable and their families don’t know whether they have food to eat.

Any outbreak of COVID-19 in Bastar or across central India will decimate an Adivasi population whose immunity is already severely weakened by a decade and a half of fighting, of having to rebuild burnt homes and re-till fields that had lain waste for several years.

While villagers are in some ways better off than city dwellers, at least as long as the jungles survive, the shutting down of weekly markets and the public distribution system has already started hitting them badly. This is also the season for gathering mahua, and later tendu, and restrictions on the normal sale of these going forward will put them at the verge of starvation. The government must attend to these glaring problems rather than ramp up the fighting. And that will only be possible if the Maoists, too, deploy sense and offer a ceasefire.

The fact that of the 17 who died in the encounter, 12 belonged to the District Reserve Group (DRG) also shows that the government is wilfully playing with the lives of Adivasis, in brazen defiance of the Supreme Court’s 2011 orders.

The DRG is composed of local Adivasi youth, almost all of them former Maoists. Some had surrendered while others chose to go into the force as an alternative to jail.

In December 2019, while on a research trip in Dantewada, I met some DRG personnel guarding a local politician out campaigning for the nagar palika elections. Ajay Telam from Gumiyapal said he joined the force in September 2019. He was accused by the Maoists of being an informer, and the police enabled him to join the DRG.

Another, Bhima Midiyami, was arrested and had several cases against him. But then, “because he had a family and the SP was good” he was given the option of going to jail or joining the DRG. Neither of them had received any formal training before they joined the police force, other than the use of guns they already knew as Maoists.

One had an INSAS and another an SLR, but as the group commander told me, he had ensured that all the ten men in his group were issued guns because they were being sent on operations. About half of the men in the group, he said, had joined because of cases against them.

Also read: Remedy for a Mass Atrocity: What Can Chhattisgarh Do for the People of Sarkeguda?

The DRG get Rs 12,000 per month compared to a constable who gets at least double that. The DRG said they were recruited under the Gopniya Sainik Scheme, which does not even have the dubious legal backing of the Chhattisgarh Armed Auxiliary Forces Act (CAAF Act) 2011. This Act was hurriedly passed to circumvent the Supreme Court’s July 5, 2011 orders banning the use of Special Police Officers (SPOs) in counterinsurgency operations, and resulted in absorbing the existing SPOs lock stock and barrel into the force from the date of the judgment.

All the factors that led the court to pass the ban orders, however, continue to be replicated today. The DRG are given no training and unleashed on the Maoists (and inter alia on innocent villagers) with sophisticated weapons. They are paid much less than regular forces and suffer disproportionate fatalities. Above all, they are not given the chance to be rehabilitated and live a normal life away from fighting. It’s either jail or war.

Disbelieving the Chhattisgarh government’s absurd claim to be providing training in human rights, in the IPC and forensics, the court noted that employing these youth was a straightforward violation of Articles 14 and 21. The right to life and equality of these youth was being endangered, even as their employment in the forces was a threat to others. With all the zeal of new converts, it was the SPOs/DRG who the villagers saw as being in the forefront of theft, harassment and even rape. As the court noted:

“It is also equally clear to us that in this policy, of using local youth, jointly devised by the Union and the States facing Maoist insurgency, as implemented in the State of Chattisgarh, the young tribals have literally become canon fodder in the killing fields of Dantewada and other districts of Chattisgarh. The training, that the State of Chattisgarh claims it is providing those youngsters with …is clearly insufficient. Modern counter-insurgency requires use of sophisticated analytical tools, analysis of data, surveillance etc.”

The court also noted that under the circumstances one could not infer “informed consent” to be engaged in such dangerous operations and to claim that the state was providing ‘livelihoods’ by engaging them in the forces was to show disrespect for the lives of tribal youth as if this was the only job they could aspire to.

Predictably, the police have responded to the loss of jawans with aggression, perhaps wistful for the days of pure unaccountability under S.R.P. Kalluri. The Congress has, however, done little to stop the war other than set up token committees to free prisoners or create a law for the protection of journalists.

In every other way, the Congress government of Chhattisgarh has continued with the violations of law set in motion by the previous BJP government, refusing to enquire into the deaths under Salwa Judum, prosecute offenders for rape and murder, or compensate villagers even when ordered to do so by the Supreme Court and NHRC. A contempt petition on this issue, including the spurious renaming of SPOs, has been pending since 2012, and a Supreme Court so mindful of its dignity with activists, is silent when it is slapped in the face by powerful governments.

If a ceasefire happens, and is eventually extended to dialogue, that would be even better. Best of all would be a rethinking of the model of ‘development’ promoted in resource rich places like Bastar. After all, it is the destruction of habitats that probably introduces viruses to the human population. We must learn all the lessons that nature is teaching us, including not to fight but to care for each other.