Following reports of attacks on healthcare professionals on COVID-19 duty, the doctors' body had amped up pressure on the government. 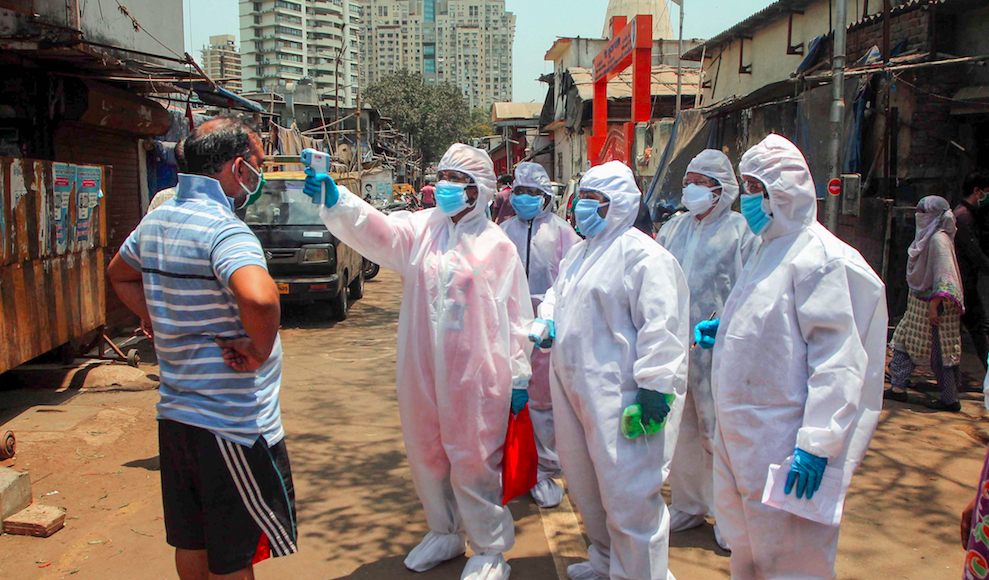 New Delhi: The Central government will bring an ordinance that will make acts of violence against healthcare workers a cognisable and imprisonable offence. Following reports of several incidents where nurses and doctors on COVID-19 duty had been discriminated against and physically attacked, the Indian Medical Association had amped up pressure on the government to act on behalf of medical practitioners.

The Cabinet, on April 22, approved the promulgation of the ordinance to amend the Epidemic Diseases Act, 1897, the government’s principle spokesperson K.S. Dhatwalia wrote on Twitter. Such acts of violence will now be cognisable and non-bailable. Those found guilty will be given sentences ranging between six months and seven years.

Also read: IMA Calls For Law to Protect Doctors From Harassment, ‘or Black Day on April 23’

Asserting that the government has “zero tolerance” for violence and harassment against doctors, nurses, paramedics and other healthcare personnel, Union Minister Prakash Javadekar said a person can be sentenced to terms between three months and five years, and fined between Rs 50,000 and two lakh, for such crimes under the new provision.

In cases where injuries are serious, the punishment will range from six months to seven years, and carry fine between Rs 1-5 lakhs, the minister told reporters.

The law will also be invoked if healthcare personnel face harassment from their landlords or neighbours over suspicion that they may carry the coronavirus infection due to the nature of their work, he said.

“Our government has zero tolerance against violence and harassment targeting doctors, nurses, paramedics and ASHA workers when they are doing their best to fight the pandemic,” he said.

People responsible for violence will also be liable to pay damages, which will be double the market value of the property vandalised, the Information and Broadcasting minister said.

Meanwhile, after a meeting through video link with Union home minister Amit Shah, the IMA called off its proposed ‘white alert’ and ‘black day’ protests scheduled on April 22 and 23 .

In two successive tweets, Shah said, “Safety and dignity of our doctors at their work place is non-negotiable.”

Safety and dignity of our doctors at their work place is non-negotiable. It is our collective responsibility to ensure conducive atmosphere for them at all times.

I have assured doctors that Modi govt is committed to their cause and appealed to reconsider their proposed protest. pic.twitter.com/AJcxghGRkx

“In view of the assurances given from the highest authorities of the government, the IMA calls of the protest…We thank all our members for their unprecedented solidarity and support,” the doctors’ body said in a statement.

On behalf of medical community, I am grateful to Hon. HM @AmitShah and Health Minister @drharshvardhan for appreciating our services and acknowledging the safety, dignity & concerns of Doctors & Health personnel. We assure our complete cooperation to govt in this time of crisis. pic.twitter.com/Eatl9YEwHv

Amid rising incidents of violence against healthcare workers on the frontline of the fight against COVID-19, the IMA had called for a nation-wide ‘white alert’, asking doctors and hospitals across the country to light candles on Wednesday as a protest against such attacks.

The doctors’ body had also warned that they will observe ‘Black Day’ if no action is taken by the government and doctors in the country will work with black badges on April 23.

“The IMA has maintained utmost restraint and patience in spite of extreme provocations. Doctors have been abused, beaten up, denied entry and residence. Obstruction to cremation is the last straw that IMA can bear.

“If dignity is denied even in death, our patience and restraint lose their value,” it said.

“We demand a special central law against violence on doctors, nurses, health care workers and hospitals by an ordinance,” the IMA had said on Tuesday.

Several incidents of violence against medical professionals have been reported from different parts of the country during the coronavirus outbreak.

The burial of deceased Chennai doctor Simon Hercules, who it is being suspected may have contracted COVID-19 from patients, made news after it was was met with stiff opposition from locals. His family and friends were attacked by locals near a burial ground.

In Chennai as well, the cremation of yet another doctor who died of COVID-19 met with opposition from locals.

Two women doctors were injured in Indore when a team of health officials was pelted with stones while they were trying to trace a person who had come into contact with a COVID-19 patient earlier, police said.

In Moradabad, a team of doctors and medical staff was attacked by a mob in Nawabganj area after they had gone to quarantine a family which had lost two members to COVID-19.