A Cruel Lockdown: Lessons From Relief Work in Mumbai

The extent of distress calls poses a fundamental question: whose responsibility is food security? 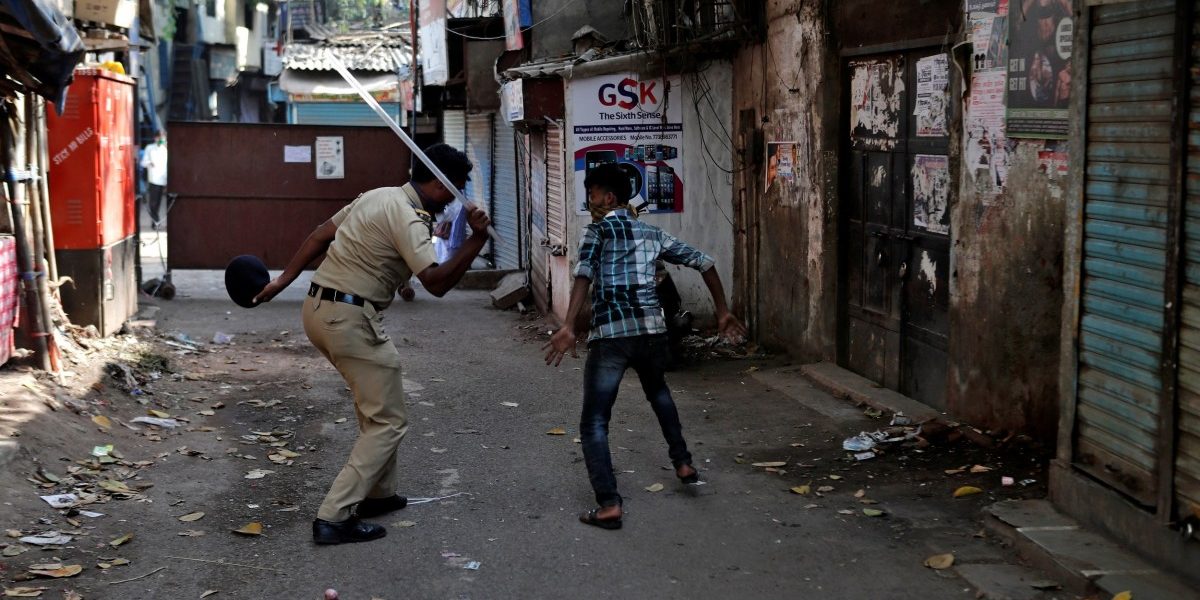 “Main kya soch kar Bumbai aaya, chup chap gaon mein kam kamata… Modi ki nazaron mein hum keedein hi hain na didi, waisi maut marenge (I don’t know what I thought before coming to Mumbai, I should have just earned a living in the village… In Modi’s eyes, we are nothing but insects, and that is how we will die),” said a worker from Jharkhand, stranded in Dharavi.

Migrant workers in Mumbai have been devastated by the national lockdown, imposed to curb the spread of COVID-19. I write this as a member of the Stranded Workers Action Network (SWAN) working in the city. SWAN has been actively conducting relief work across the country since March 27. Based on this relief work, we released a report on April 15 titled ‘21 Days and Counting’.

As of April 20, more than 73% of the 1,366 workers who reached out to us from Maharashtra have said that they have ration lasting for less than one day. About 90% in Maharashtra (out of 1,251 people who reached out to us) had less than Rs 200 remaining. With this they have to buy soap, oil, fuel for cooking, pay for transportation back home, recharge their phones etc. About 98% (out of 3,884) had not received rations from the government and 84% (out of 1,268) had not received any cooked food. This is not a research study – these figures are based on basic needs. We made the assessments to understand the nature of relief to be provided to the stranded workers who have reached out to SWAN.

Members of SWAN, affiliated with the Right to Food Campaign and the Right to Work Campaign, started receiving distress calls from migrant workers stranded across big cities in various states. Our immediate response was to ensure small cash transfers as urgent relief for groups with fewer than 10 members. However, dealing with larger groups such as the 800+ migrant workers stranded in the slums of Kurla, revealed the gravity of the crisis. This necessitated that we connect the stranded workers with local organisations in their vicinity.

The extent of distress calls poses a fundamental question: whose responsibility is food security?

Also read: Shamsher Ali and Sons: Peeling the Layers of Struggle that Define Lockdown for One Family

SWAN work indicates that Mumbai is the most grim of all cities. Here are some observations based on our relief work so far.

1. Mumbai houses Asia’s largest slum, Dharavi. As of April 16, the SWAN team has reached out to only 115 stranded people of the 7-10 lakh people of Dharavi. But Dharavi is merely one of the many slums, Antop Hill in Mumbai is another such cluster where SWAN reached to just 542 people of the thousands stranded there.

2. Industrial zones: Hundreds of workers live in industrial zones in the city and on the outskirts such as Bhiwandi, Airoli, Taloja, Karjat, Khopoli, Nalasopara. Reaching aid to them is difficult as very few local NGOs can ensure food needs there.

3. Inaccessible toilets: “Didi nahane ke liye 20 rupaye dene padte hai. Har baar toilet istemaal karne ke liye 5 rupaye. Sab kehte hai baar baar haat dho. Sabun ke liye bhi paise kanha se laaye? (We have to pay Rs 20 to have a bath. To use the toilet, it’s Rs 5. Everyone says we must wash our hands again and again. But where do we get money for soap?)” said Kalam Ansari, who is stranded with 20 people from Jharkhand in two 10-square-feet rooms in Dharavi. It becomes harder for women.

4. Given the sheer magnitude of distress, civil society cannot cater to all emerging needs. Most NGOs that we know of are exhausted – emotionally and financially. Only 42% of the groups in Maharashtra that contacted us were able to get cooked meals and are now at the risk of being abandoned due to shrinking resources.

Smaller initiatives and groups often get unnoticed and who have rather been the foot soldiers – providing cooked meals or delivering rations to stranded groups – have complained of restricted mobility after areas are sealed due to suspected COVID-19 cases. Once an area is sealed, the delivery of food to such groups in that area is halted for the following four to five days.

5. The unreachable helpline: The BMC had launched a helpline – 1800221292 – for providing assistance to stranded migrant workers. Most of our workers have complained that they have never been successful to get through to the helpline. The workers have said of all the phone numbers they have received so far, contact numbers of the volunteers of SWAN have been amongst the very few who have attended to them. About 99% haven’t received any help from the government.

6. Meagre proactive steps taken by local MPs, MLAs, corporators and administration: Contrary to Mumbai, some other cities have responded well to the crisis. The local administration in the Cumbharjua, Goa promptly intervened and provided ration to groups of 60 migrant workers from Bihar. Similarly, in Bengaluru and Ludhiana, the administration is assuring relief to groups referred by SWAN, to some extent.

7. The vague address: The addresses provided in the list for food distribution are not clear. Often only the name of the area is mentioned and no further details are given. Another concern is that workers are afraid to step out to reach these centres, or to buy essentials, or even to withdraw money that SWAN has transferred, due to fear of police brutality.

8. Shiv Bhojan: Most of the stranded groups who reached out hadn’t heard of the Shiv Bhojan, which is similar to the Indira Canteens of Karnataka or the Dal-Bhaat Kendras of Jharkhand. It indeed is an admirable initiative, but the implementation has not been perfect. Affirmative action must ensure that Shiv Bhojan reaches stranded groups of migrant workers.

9. Extended lockdown, problems multiply: Most stranded groups have to pay rent to their landlords – 89% aren’t paid by their employers. Amidst this is another issue too. “Pichle do hafte, udhari ka khaana khaye hain, paise kahan se chukayenge (For the last week, we are eating food bought on borrowed money. How will we pay it back)?” said a migrant worker from Antop Hill. With the extended lockdown, existing food insecurity has simply aggravated. Moreover, they barely have any money left to travel back home post the lockdown.

Immediate action to be taken

Cash and ration are not binaries. Most migrant workers don’t have their ration cards. Access to ration should be independent of possessing a ration card. Ration must be universalised.

Government-owned spaces like community halls, schools, public parks, or even open chowks could be utilised for distribution of dry ration while following physical distancing norms. Rather, even private spaces such as malls must be used as shelter homes and community kitchens. The police force could be given orders to guide people in this process. Schools could be used as community kitchens as most of them do have kitchens and other requirements, by virtue of the mid-day meal scheme. In addition, to allay the cash insecurity, the Central government must immediately facilitate provisions of Rs 7,000 per month for each worker.

The past 25 days have been Kafkaesque. A lockdown without food and money is a blatant violation of Article 21 of the constitutions, the right to life. “Sarkaar bas sochti rahegi, aur gareeb bas marta jayega (The government will keep thinking and the poor will keep dying),” said a stranded migrant worker who preferred anonymity. This reminded me of Dushyant Kumar’s lines:

Bhakti G. is a student at St. Xavier’s College, Mumbai and a volunteer with the Stranded Workers Action Network (SWAN). The author would like to thank Nishant Panicker for the data support and Rajendran Narayanan for comments on the article.