One of their key recommendations is that of a cash transfer of Rs 6,000 per month to each household that does not have a formally employed person. 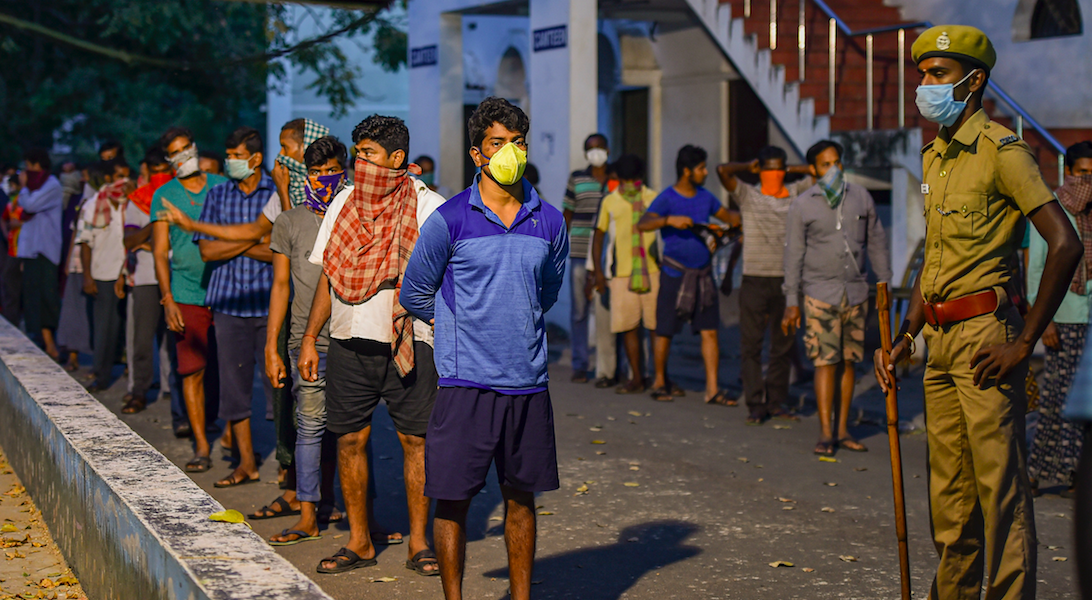 New Delhi: Some of India’s top public intellectuals have written to the prime minister and chief ministers of all states, seeking a substantial increase in the relief package that has been announced for India’s poor.

“While welcoming the Central government’s Rs 1.7 trillion package and various measures taken by state governments, the Indian Society of Labour Economics (ISLE) and the signatories to this letter strongly appeal to the Government of India for a three to four fold increase in the current relief package,” they said in a statement.

Over 300 people including economists, social scientists, activists and former public servants have signed the letter. Some of the signatories include former deputy governor of the Reserve Bank of India, Rakesh Mohan, associate professor at IIM Ahmedabad, Reetika Khera, economist at Aditya Birla group, Ajit Ranade, and former member of the planning commission, Abhijit Sen.

One of the key recommendations in the letter is that of a cash transfer of Rs 6,000 per month to each household that does not have a person formally employed or a taxpayer. This would cost Rs 3,60,000 crore, according to the letter, and the cost ought to be borne principally by the Centre with the states also chipping in.

This alone is more than two times the relief package of Rs 1.7 lakh crore that was announced by Union finance minister Nirmala Sitharaman last week. And as The Wire has pointed out, that package does not entail additional spending of Rs 1.7 lakh crore. Instead, it has repackaged a few existing schemes for which money had already been allocated.

A similar cash transfer has also been demanded by other groups. A letter signed by over 600 academics, students and activists has pleaded with the Central government to provide Rs 7,000 per month per household for the months of April and May.

The Rashtriya Swayamsevak Sangh affiliate Bhartiya Mazdoor Sangh has also demanded that the centre roll out cash transfers. It has said that Rs 5,000 should be transferred immediately to each migrant worker’s family.

Sitharaman’s financial package contained little by way of cash transfer. She had announced Rs 2,000 per farmer family under PM Kisan to be paid immediately. But, that is not an additional allocation and that money was due in April even if the pandemic had not occurred.

The package contains Rs 500 per month for the next three months for women and account holders. It is expected to benefit 20 crore women and their families. In addition to this, Sitharaman’s package also included the announcement of a one time transfer of Rs 1,000 to an estimated 3 crore senior citizens, widows and specially abled persons.

Both these amounts are quite low. To put this in perspective, the average wage under the Mahatma Gandhi National Rural Employment Guarantee Act (MGNREGA) is Rs 226 per day.

The letter to the Prime Minister also points this out.

“The stoppage of employment and incomes for those in the informal economy urgently necessitates cash income support. The Centre’s announcement of transferring Rs 500 per month to each JDY woman account holder is not sufficient. The Centre and States together should try and ensure a minimum transfer over the next three months of at least Rs 6000 per month with a major part borne by the Central Government,” it says.

On top of cash transfers, they have also urged the prime minister and the chief ministers to enhance the food rations provided to the poor.

“There is a growing consensus among central/state governments that PDS rations be increased to a minimum of ten kg per person per month and should also include other essentials – including pulses, oil, soaps, gur/sugar. We request all state governments to ensure that an at least 10 kg free ration per person per month, along with other necessary items, is available for all eligible households,” the letter says.

So far, the Centre has announced that in addition to the existing entitlements under the public distribution system, households will be provided 5 kgs of rice or wheat and 1 kg of pulses every month, free of cost.

Several states have already announced provisions that are higher than that. For instance, Kerala has provided 10 kgs of rice – the staple grain in the state – per family, and is also providing subsidised cooked meals.

The Centre’s promise of providing 1 kg of pulses per family is unlikely to be fulfilled in the near future, as we have reported.

The letter has also said that proactive steps need to be taken to ensure the safety and food security of the migrant workers who are stranded either in cities or on their way home. It also asks the government to ensure the safety of farmers and labourers during the rabi harvest season.

In the end the writers request the Centre to loosen its purse strings and to do a better job of leading inter-state cooperation.

“Government of India as a sovereign institution alone has the fiscal capacity to raise significant financial resources. It should do so immediately by a three to four fold increase of the current relief package. It should also play a clearer and stronger role interstate coordination and mobilisation of non-fiscal resources. Such coordination could have led to a better handling of the humanitarian crisis of workers stranded workers in cities and destination states.”