Why did Pakistan's Oscar Pick 'Joyland' Stoke Controversy in the Country?

The film has opened in some parts of Pakistan after conservative sections opposed its screening in the Muslim-majority country. 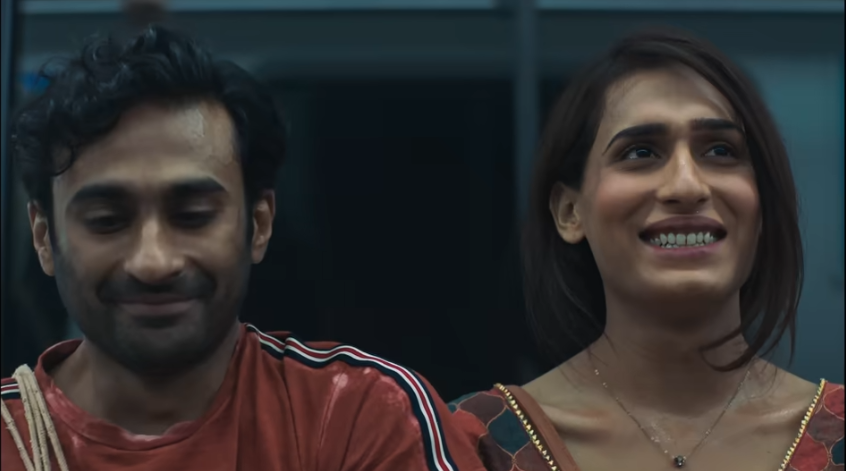 A still from 'Joyland'.

The Pakistani government initially banned the screening of Joyland, a film that explores the relationship between a married man and a transgender woman. The ban was later lifted by Prime Minister Shehbaz Sharif’s government, but the filmmakers are still not allowed to show it in many parts of the country, including the Punjab province.

The movie was banned for showcasing “highly objectionable” content, according to the Punjab government, which insists it can’t allow its release “in the wake of persistent complaints received from different quarters.”

In May, Joyland won the Un Certain Regard Jury Prize and the unofficial Queer Palm award at the Cannes Film Festival. It then became Pakistan’s official entry to the Oscars for the international feature film award.

Acclaimed internationally, why did the film land in controversy in Pakistan?

Filmed in Lahore city, Joyland tackled the subject of transgender rights in Pakistan. The movie features a married man who falls in love with a transgender woman dancer.

In August, the Central Board of Film Censors (CBFC) had granted the filmmakers the license to screen the movie in theaters across the country, but the federal Information Ministry later said that it had stopped the screening of the movie as it did not “conform with the social values and moral stands of our society.”

The [film] content is “clearly repugnant to the norms of decency and morality” in line with the relevant laws, according to the ministry’s statement.

Saim Sadiq, the movie director, derided the decision as “absolutely unconstitutional and illegal.”

“We – a team – are gutted by this development but fully intend to raise our voice against this grave injustice,” Sadiq wrote on Instagram last week.

“This movie is an act of war against our social values,” Ahmed said.

Civil society activists say it is not the first time Islamic sections have called for a ban on movies that promote human rights.

“The film has beautifully tackled the deep-rooted patriarchal issues and attempted to break the myths and stereotypes,” Farzana Bari, an Islamabad-based human rights activist, told DW.

“Linking transgender rights to sexuality is absurd. The transgender people have their rights and they need to be liberated,” Bari added.

Pervez Hoodbhoy, a physicist and social activist, says that even those who have not watched the movie are vouching for its ban.

Some legal experts are of the view that the ban on Joyland is unconstitutional and that it should be lifted in all parts of the country.

“The revocation of clearance certificate by the Punjab censor [board] is completely arbitrary and a capitulation to obscurantist elements, because the film was [earlier] given a thumbs up by the board after it watched it and found it fit for exhibition,” Osama Malik, a human rights lawyer, told DW.

“The ban goes against the freedoms guaranteed in our constitution. The [censor] board should not pander to mullahs and must restore the clearance certificate so that the film can be exhibited in the country’s most populous [Punjab] province,” he added.

Activists say the [partial] ban on the movie would only justify discrimination against the transgender community.

Rights groups point to an alarming increase in violence and hate crimes against the transgender people in the country. According to Pakistan’s Trans-Action Alliance, some 91 transgender women have been killed in Khyber Pakhtunkhwa since 2015, with more than 2,000 registered cases of violence across the northwestern province.

Shiraz Hassan, who watched Joyland in Islamabad, says the film “starts with a birth and ends with a death.”

“Between this, there is a Joyland; a land where we are seeking joy,” he told DW. “The film is not about LGBTQ relationships; it’s about Pakistani women, a transgender person, and a patriarchal society. It is a story about a transgender woman, a working woman, a wife, a mother, and a widow,” Hassan added.