Looking for Compassion in a World Riddled With Discrimination

The racial murder of George Floyd would have been averted if the policeman had some sense of compassion. 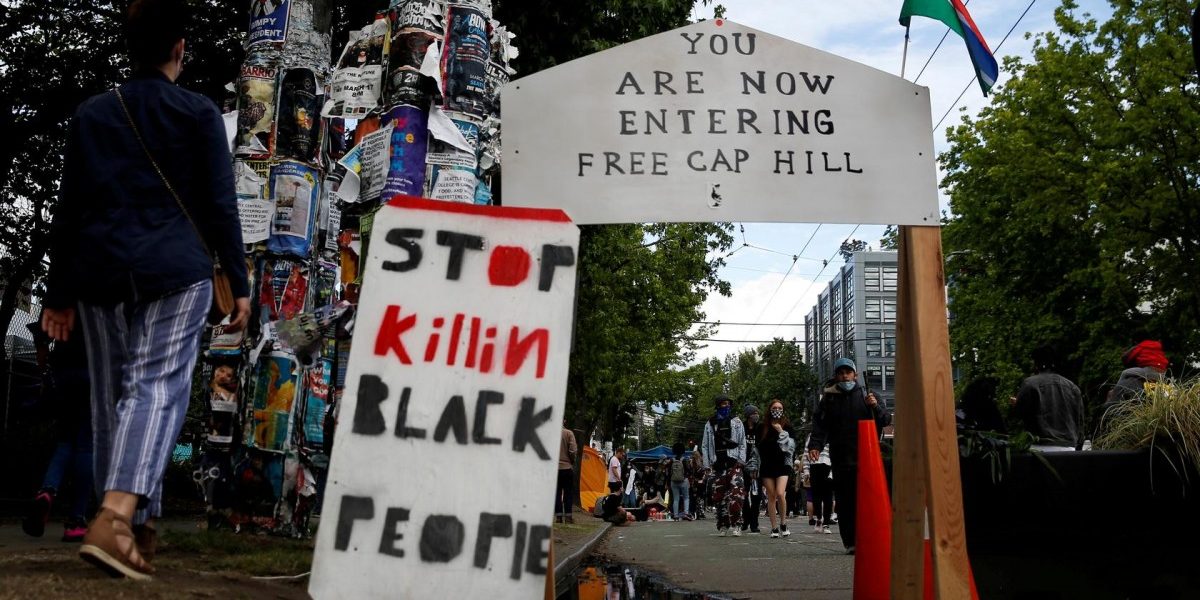 People walk by signs at a barrier set up at the edge of the self-proclaimed CHAZ/CHOP zone around the Seattle Police Department's East Precinct as people call for the defunding of police and protest against racial inequality in the aftermath of the death in Minneapolis police custody of George Floyd, in Seattle, Washington, US June 14, 2020. Photo: Reuters/Lindsey Wasson 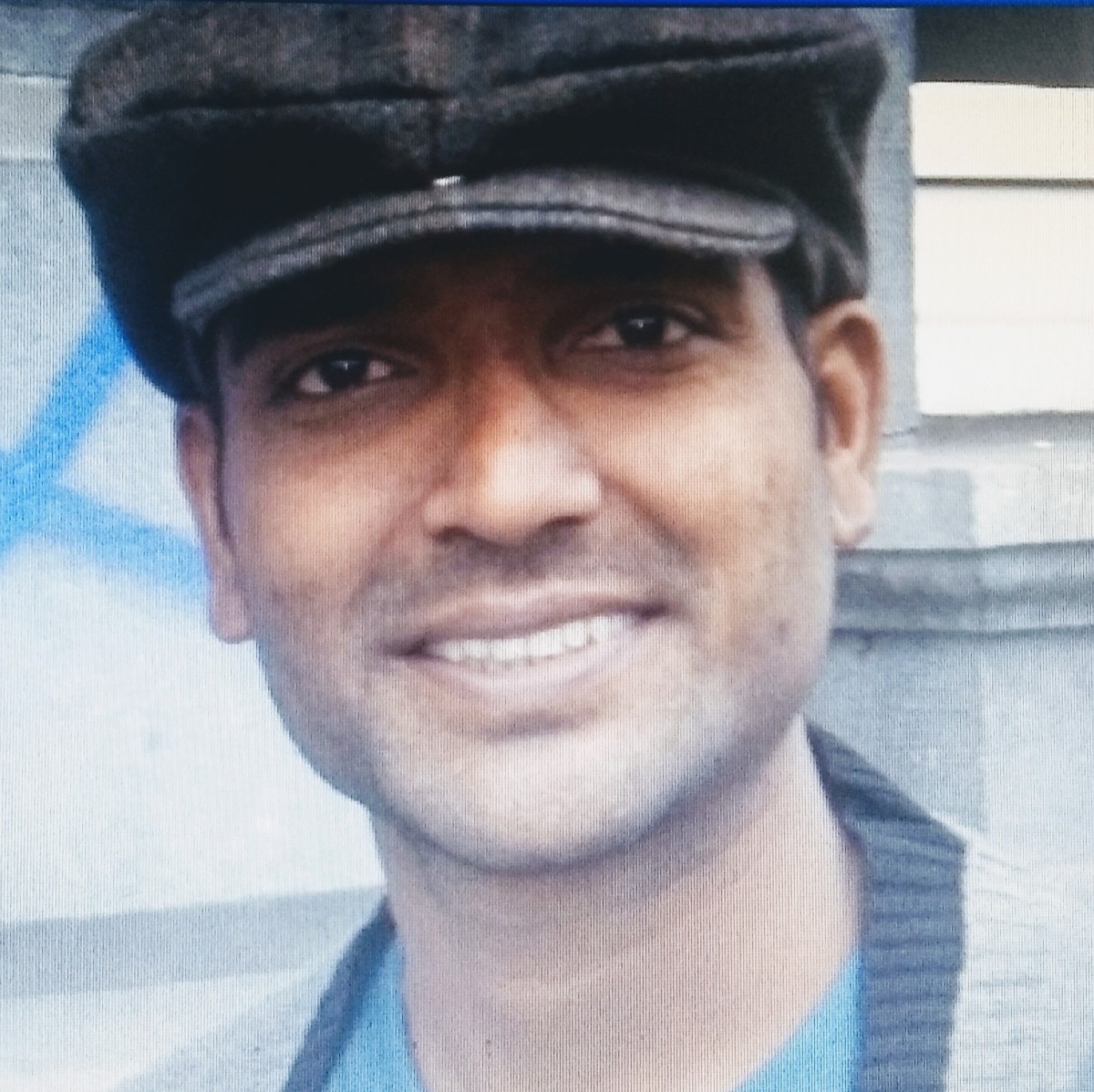 When the human race as a whole faces a grave crises owing to the novel coronavirus, and life relentlessly oscillates between despair and hope, a noted intellectual of our times, Yuval Noah Harari in a recent interview with the German broadcaster Deutsche Welle, remarks, “Humanity has all the scientific knowledge and technological tools to overcome the virus. The really big problem is our inner demons, our own hatred, greed and ignorance. I’m afraid that people are reacting to this crisis not with global solidarity, but with hatred blaming other countries, blaming ethnic and religious minorities.”

Amidst all the hate cries and hate crimes making rounds across the world, I was trying to search the word ‘love’ on the internet and to my surprise, found an online course titled Love as a force for Social Justice being offered by Stanford University. I eventually got myself enrolled in the programme, as I too offer a course related to ‘social justice’ in the university where I teach at.

While the intellectual journey with Stanford University was progressing animatedly, an occurrence so appalling took place in the United States of America that it shook our collective conscience. A white policeman brutally murdered George Floyd, a black American, by pressing his knee against the neck of the deceased. The reason for this homicide was as trivial as the alleged use of fake currency for a meagre amount of $20 or so at a local grocery store.

Also read: India and the US Can No Longer Afford to Look Away From Systemic Injustice

I was left wondering whether the feeling of love is at all possible without incorporating the sense of compassion, for social justice to be ensured. According to the Oxford dictionary, compassion literally means ‘the feeling or emotion, when a person is moved by the suffering or distress of another and by the desire to relieve it; pity that inclines one to spare or succour’. On revisiting this definition, I am thoroughly convinced that this racial murder would have been averted if the policeman had some sense of compassion.

A history of protest

History has been witness to protests of various kinds against racial prejudice and violence. The civil rights movement that was sparked off by Rosa Parks’ refusal to vacate a seat in a public transport bus in Montgomery finally saw Martin Luther King Jr. leading it from the front on avowed principles of love and non-violence, as he was deeply influenced by Mahatma Gandhi.

The Civil Rights Act disbanded segregation in the US. But white American society was yet to be convinced that Black was actually beautiful. Power relations don’t alter overnight. It was blatantly evident in the post civil rights era that the white police started targeted shooting in black ghettos on the pretext of petty fraud, drug peddling and other such crimes.

It was against this background that young black people like Huey Newton, Bobby Seal, Elridge Cleaver and others founded the Black Panthers Party for Self Defense in 1966 at Oakland in the Bay Area of California. The Panthers openly used the rhetoric of violence and in no time, they emerged as a symbol of an organic and robust black resistance.

But before the Panthers could achieve anything concrete, they were targeted by a special programme designed by Central Investigating Agency (CIA) known as COINTELPRO.

Floyd’s murder has yet again galvanised African-Americans for nationwide protests. One of the prominent slogans on the placard of protest sites remains, ‘white silence is violence’. Now, the movement has transcended American boundaries and is gaining global solidarity.

It is at this juncture that I wondered whether the white population in totality can be accused of racism. The answer, obviously, is no. But the bigger question remains, how much can we expect from white people standing in solidarity against the racial discrimination menace?

“You can kill a [black person] and toss him into that swamp and no one will ever know what happened to him,” wrote John Howard Griffin in his short yet immensely captivating book, Black Like Me, published in 1960. Obviously, the author couldn’t have foreseen the digital revolution and how it would facilitate the world to watch the murder of a black man in 2020.

Also read: How Watching the US Protests Brought up Memories – and Questions

It is interesting to note here that Griffin was a white man, a journalist by profession. He was deeply troubled by the racism practiced in the US and knew that it was near impossible for him to bring about a positive change in the ordeal experienced by victims of racial crimes and violence.

Griffin tried something extraordinary, risking his own life. He underwent a series of medical treatments to change his skin colour temporarily to black. He wrote in the preface of the book mentioned earlier, “…some whites will say this is not really it. They will say this is the white man’s experience as a Negro in the South, not the Negro’s…the Negro. The South. These are details. The real story is the universal one of men who destroy the souls and bodies of other man (and in the process destroy themselves) for reasons neither really understands. It is the story of the persecuted, the defrauded, the feared and detested. I could have been a Jew in Germany, a Mexican in number of states, or a member of any ‘inferior’ group. Only the details would have differed. The story would be the same.”

It is due to this act of cognitive coherence, in the collective sense of the word, that Griffin has left his mark on the history of racial harmony and empathy.

There are innumerable untold testimonies like those of Griffin’s, which are suggestive of compassion being portrayed by white people. Similarly, Uncle Tom’s Cabin written by a white American named Harrier Beacher Stowe also inspired the American Civil War, which eventually ended the practice of slavery in the US.

It is perhaps for a similar reason that revolutionary Indian social reformer Mahatma Jotiba Phule dedicated his famous book, Gulamgiri (literally meaning slavery), “to the Good People of the United States as a token of admiration for their Sublime Disinterested and Self Sacrificing Devotion in the cause of Negro Slavery; and an earnest desire, that my countrymen may take their noble example as their guide in the emancipation of their Shudra Brethren from the trammels of Brahmin thralldom.”

It is the collective consciousness and compassion of people like this that paved the way for many more lovers of justice and advocates of peace.