Explaining why India has been added to the list, CIVICUS has talked about the Citizenship (Amendment) Act and how protests against it have been clamped down on. 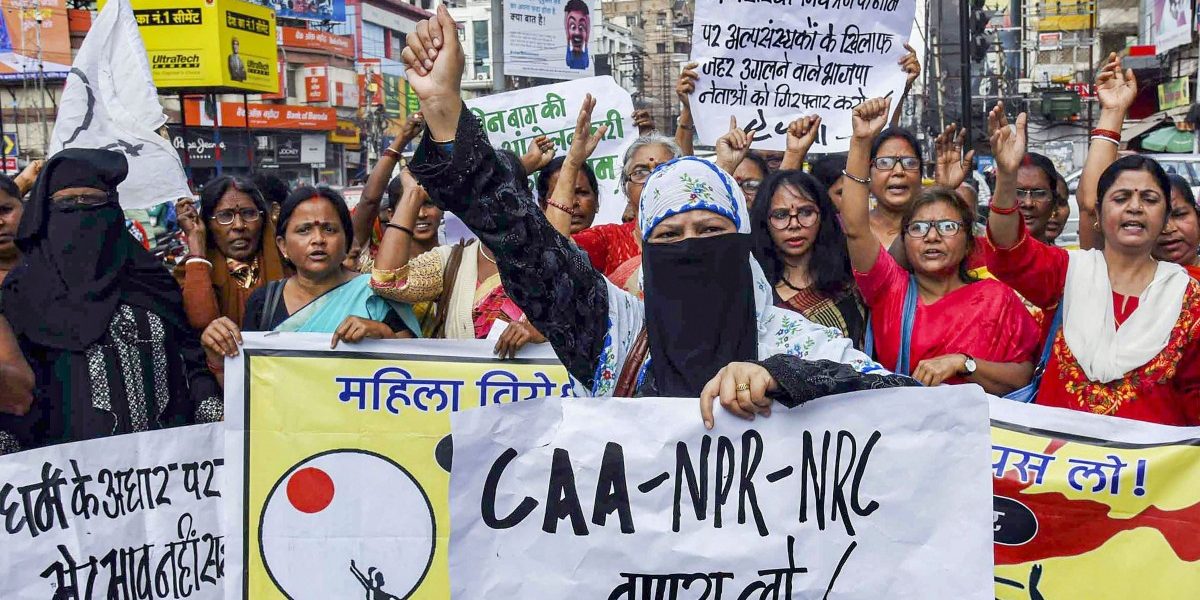 Protest against the CAA in Patna on March 8. Photo: PTI

New Delhi: CIVICUS Monitor, a global research collaboration which rates and tracks respect for fundamental freedoms, has added India to its ‘Monitor Watchlist’. “The Watch List draws attention to countries where there is a serious, and rapid decline in respect for civic space, based on an assessment by CIVICUS Monitor research findings, our Research partners and consultations with activists on the ground,” the organisation says.

Along with India, Lebanon, Iraq, Nicaragua and Guinea have been added to the list.

Explaining why India has been added to the list, CIVICUS has talked about the Citizenship (Amendment) Act and how protests against have been clamped down on:

“The protests have been met with  excessive force and deadly violence by the authorities, with at least 27 killed, many allegedly due to bullet injuries suffered from police use of firearms, while hundreds have been injured. Despite calls by human rights groups for an independent and credible investigation into the police violations, no one has been held to account. Hundreds of people have been detained, including activists and intellectuals.”

The organisation also talked about how the UN High Commissioner for Human Rights has called the Act “fundamentally discriminatory in nature”.

The organisation has also presented evidence at the UN Human Rights Council about the situation in India.

Also read: To Stop Deoband Women’s Protest, UP Police Target the Men in Their Families

In December last year, the monitor had downgraded India’s civic space rating to ‘repressed’ from ‘obstructed’. In a report, the monitor has said that there has been an increased restriction of space for dissent during the year, particularly after the re-election of Prime Minister Narendra Modi.

The human rights situation in India, particularly the treatment of minorities, has come under a lot of global scrutiny lately. This has been stimulated by the CAA being passed and a nationwide National Register of Citizens being floated. In a first for the country, the UN human rights chief has moved to intervene in the Supreme Court hearing on the CAA’s constitutionality.

In response, the Indian government has claimed that no foreign party has “locus standi” on CAA as it pertains to Indian sovereignty.