More Than One in Four Children With Disabilities Don't Go to School: Report

UNESCO says the Right to Education Act needs to be amended so that it aligns with the Rights of Persons with Disabilities Act. 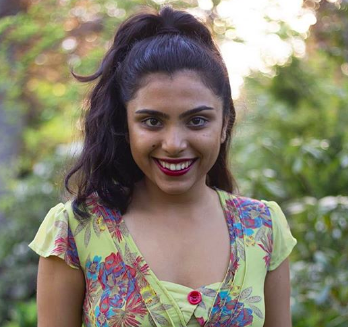 New Delhi: More than one in every four Indian children with disabilities (in the 5-19 age group) is not enrolled in an educational institution.

This is just one of the key findings of a report by UNESCO and the Tata Institute of Social Sciences. The report, released on July 3, is titled ‘N for Nose: State of the Education Report for India 2019: Children with Disabilities’. The organisations lay out the various challenges and give suggestions and recommendations to improve the state of education for children with disabilities.

The report had multiple results; including that 75% of five-year-olds with disabilities do not attend any educational institution. More specifically, the report stated that 20% of children with visual and hearing impairments had never been in school. The percentage of children attending schools is the lowest among those with multiple disabilities, mental illnesses and mental retardation, as more than 50% of these children do not attend school.

Additionally, gender plays an important role here as there are fewer girls with disabilities than boys in schools. Importantly, a majority of children with disabilities do not go to regular schools; instead they are enrolled in open schools through the National Institute of Open Schooling, whose enrolment figures show a decline for most categories of disabilities between 2009 and 2015.

The report also highlighted major challenges, one of which is that while the Right to Education mandates enrolment of children with disabilities, there is no requirement to provide resources for learning. Further, the report talked about challenging the mindsets of parents of children with disabilities and encouraging them to send their children to school, instead of home-schooling them as the latter usually means that the child is not getting any education at all.

Also, the report brought to light ambiguities in laws related to the right to education for children with disabilities regarding where they should study and who should teach them, as well as gaps in terms of norms and standards applicable to educational institutions.

Lastly, the report made several recommendations. It recommended amendments to the Right of Children to Free and Compulsory Education Act (RTE) so that it aligns with the Rights of Persons with Disabilities Act, 2016. Additionally, it called for “structural, funding and attitudinal changes” so that every child is able to exercise their right to education as well as concentrated campaigns and large-scale awareness drives to change people’s attitudes.

Finally, it recommended a change in teaching practices to accommodate all students in addition to recommending that the Ministry of Human Resource Development establish a coordinating mechanism for effective convergence of all education programmes for children with disabilities.

Kudrat Wadhwa is a graduate in Anthropology from Brown University and an editorial intern with The Wire.