Mining in the region will affect the flow of natural resources, upon which hinges local tribals' 'atmanirbharta,' the letter says. 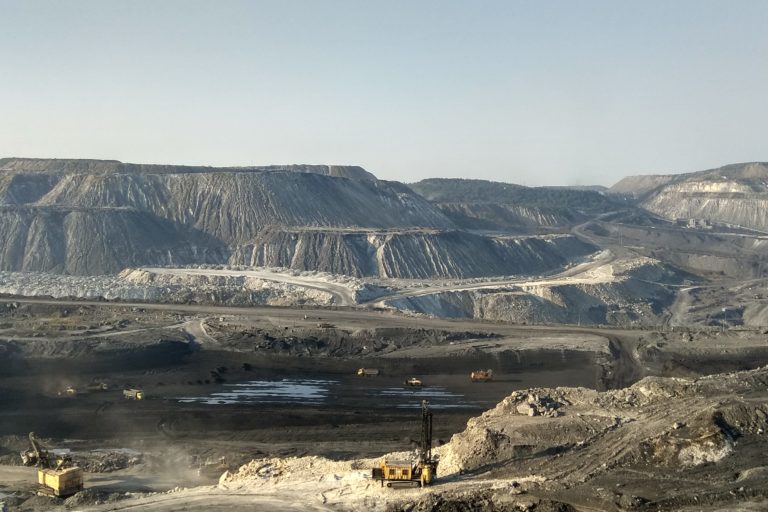 New Delhi: Ahead of an upcoming auction of coal blocks for commercial mining, several elected sarpanchs from the Hasdeo Arand area of Chhattisgarh have written a letter to prime minister Narendra Modi, opposing the auction and demanding a ban on mining in the area.

Hasdeo Arand area comprises three districts of north Chhattisgarh: Sarguja, Surajpur and Korba. The mining auction for the area is scheduled on Thursday as part of the the coal ministry’s latest initiative.

Expressing concern and disappointment, the letter signed by nine sarpanchs said that on the one hand the prime minister has talked about “atmanirbharta” or self-sufficiency, and on the other he has made it easier to attack the livelihood, lifestyle and culture of Adivasis and forest-dwelling communities through this auction.

According to a statement by the sarpanchs:

“In the region, the gram sabhas have already built a model of “aatmnirbhar” local self-governance under the provisions of PESA [Panchayats (Extension to Scheduled Areas) Act] and FRA[Scheduled Tribes and Other Traditional Forest Dwellers (Recognition of Forest Rights) Act].

“However, disregarding the gram sabha resolutions and local opinions, seems contrary to the spirit of “aatmnirbharta” that the PM has spoken about.”

The statement also added that, “it is unfortunate that when the communities are already grappling with the COVID-19 crisis, they are faced with this uncertainty and threat of displacement.”

Last week the Union coal ministry had announced that on June 18, it will be launching the “first-ever commercial coal auction in the country”. The coal ministry also made note of its ‘theme’ – ‘Unleashing Coal: New Hopes for Atmanirbhar Bharat’ – in a statement.

Claiming “it will be a historic day when Indian coal sector will break free from the shackles of restrictions to charter new growth,” Union coal minister Pralhad Joshi had said that the event will be graced by the prime minister and “it is his vision & guidance to make #AtmaNirbharBharat in coal. I am proud that we are well on our way to achieve it”

We are launching first-ever commercial coal auctions in country on 18th June. Event will be graced by PM @NarendraModi ji. It is his vision & guidance to make #AatmanirbharBharat in coal. I am proud that we are well on our way to achieve it.#Vocal4LocalCoal#CoalOpen4Investment pic.twitter.com/sxCVmngA5m

Speaking to The Wire, Ghatbarra sarpanch Jainandan Singh Porte said, “We don’t want any kind of mining in our area as it will destroy our livelihood and culture.”

“We are already atmanirbhar because of the natural resources in the area and mining will destroy that as we have seen in neighbouring areas such as Raigarh. We have been opposed to mining and several gram sabhas have passed resolution in this regard,” he added.

In January 2015, when an auction was planned for the first time, as many as 20 gram sabhas or village councils of the area had passed resolutions opposing auction of coal mines in the Hasdeo-Arand region, saying an auction would violate the FRA, 2006.


The sarpanchs have also pointed out in the letter that these villages lie in the Schedule 5 region where under the provisions of PESA and FRA, the consent of gram sabhas is required before mining starts.

“…The gram sabhas remained opposed to such mining in the past and have resolved not to give such consent in the future.

“…We are surprised and disappointed that despite these facts and continued opposition from the gram sabhas, 6 coal blocks in Hasdeo Arand have been put up on the list for auctions.”

According to Devsay, the sarpanch of Madanpur village in Korba district, villagers are totally dependent on the water, forest and land and mining will ‘finish that off’.

“It is these natural resources which makes us independent and money or any other form of compensation can’t substitute that in any sense,” Devsay told The Wire. He said that small water streams, which irrigate land in the area, will dry up if mining is allowed in the region.

Recalling the then Congress president’s visit to Madanpur, the sarpanch said, “Rahul Gandhi had also opposed the mining in the region.”

Also read: No, the Supreme Court Didn’t Cause the Economic Slowdown

“The Congress party and I stand by you,” Rahul Gandhi had told villagers during his visit, as per a report in the Business Standard.

In 2015, Madanpur had been the epicentre of protests against the coalfields at Hasdeo Arand. According to media reports, last year there were protests in the region and people from 20 villages had written to chief minister Bhupesh Baghel against alleged irregularities in land acquisition and allotment of coal blocks without the consent of gram sabhas.

“The protesters wrote to Baghel demanding that no mining project be given land in the region,” according to a report in the Hindustan Times. “They also appealed to the CM to scrap land acquisition in the villages of Salhi, Hariharpur and Fathepur in the Parsa coal block in Surguja and Surajpur districts”.

As per a detailed report on Mongabay, “There are 18 coal blocks in the Hasdeo Arand area and a major part of these coalfields are still in a virgin state, with huge resources of power grade coal. Out of the 18 coal blocks, mining operations are currently being carried out in two coal blocks – Parsa East and Kete Basan (PEKB) and Chotia.”

Moreover, the region was also part of a “no-go area” in 2010, and most parts continue to be under “inviolate” as per the latest documents of the government.

The sarpanchs have also sent the copy of the letter to the Union ministers for coal, tribal affairs, and environment, along with the chief minister of Chhattisgarh.