Chennai: Family of Doctor Who Died Due to COVID-19 Not Allowed to Bury Him

The family and friends of Dr Simon Hercules were attacked by locals near a burial ground. The locals falsely believed that the dead body could lead to the spread of the virus. 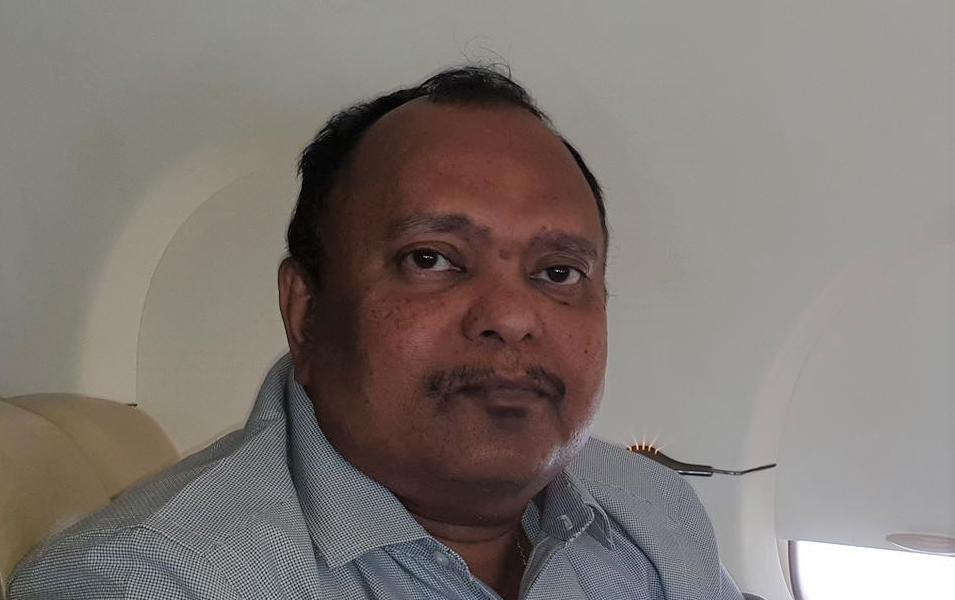 Dr Simon was the managing director of New Hope Hospital in Chennai. The 55-year-old neurosurgeon has helped hundreds of patients in his lifetime, and is remembered by people around him as a person who put humanity first. But in his death, Dr Simon was denied the same by residents of the city that he served, thanks to uncontrolled rumours around the spread of COVID-19.

In fact, his family couldn’t even say a final goodbye to the doctor, who died due to COVID-19 and likely contracted the disease from patients he was caring for. “We were hit with wooden logs and stones when we tried to bury him,” says Dr Pradeep, a friend of Dr Simon, who was the person who buried the neurosurgeon in the dead of the night after hours of frightening retaliation from people who were spurred by fear, instead of empathy.

Dr Simon passed away at the Apollo Hospital in Vanagaram in Chennai on Sunday. He had been admitted in early April after exhibiting symptoms of COVID-19. Doctors who worked with him say he may have contracted the virus from a patient. At 9 pm on Sunday, his body was handed over to the family, and they were initially planning to take an ambulance to a burial ground in TB Chatram in Kilpauk for the last rites. Dr Simon’s wife and son were accompanied by Dr Pradeep, a few other doctors who had worked closely with the deceased, Corporation officials and two ambulance drivers.

“But we were told not to head to TP Chatram because a crowd of over 100 people had gathered near the burial ground in a bid to stop us,” says Dr Pradeep.

According to the police, local civic workers had informed the residents about the burial that was planned. And frightened by rumours that this could lead to the spread of the virus, people in the neighbourhood had gathered to protest.

The ambulance carrying Dr Simon’s body was then diverted to the Velangadu cemetery to avoid any altercations. However, at this burial ground, the deceased and his family and friends were met with sticks and stones.

“The JCB had dug about 6 feet into the ground, when 50-60 people came towards us,” Dr Pradeep recalls, “They began hitting us with wooden logs and throwing stones at us. They damaged the ambulance and hit the drivers on the head with logs. They hit the doctors and the sanitary inspectors as well. The deceased’s family was also not spared. The Corporation staff were forced to flee the spot,” says Dr Pradeep.

Also Read: The Coronavirus Fighters: Six Health Workers in the Combat Zone Speak to The Wire

“It was so bad, that we were forced to leave his body there and flee,” says an emotional Dr Bhagyaraj, in a video he released about the incident.

Family, friends, corporation staff…while everyone had to run to protect themselves from the angry mob, Dr Pradeep managed to get Dr Simon’s body into the ambulance with the help of two ambulance drivers. And the three of them set off with the body to get away from the people who were attacking them.

“The two ambulance drivers were bleeding profusely and were losing too much blood. After one point, they said they were feeling faint and had to stop,” says Dr Pradeep. Following this, the drivers were dropped off at Kilpauk Medical College for treatment.

“I then called all the contacts I knew in the health ministry, so that the police will protect me while we finished the burial,” says Dr Pradeep. “We went back around 11 pm to complete what we started. We had to bury him at about 8 feet – even though a deep burial is usually at about 12 feet. The police inspector who was present with us helped me dig a little more with a ploughing tool, and then with our hands we covered him with mud,” says the doctor.

“With the help of two hospital staff, I dug a space and buried my close friend by pushing in mud with my own hands. He was a doctor, a philanthropist and the managing director of a hospital. He didn’t deserve this end,” says Dr Pradeep, his voice choking.

For the medical community, the violence has come as a huge shock and insult to the sacrifices made by Dr Simon. “We had to abandon his body and run away from there for Dr Pradeep to finish the last rites,” Dr Bhagyaraj, a microbiologist who was part of the group that was attacked, says in a video he released following the incidents on Sunday.

With tears in his eyes, he has put out a video where he asks, “For doctors who die of coronavirus, is this the fate? Is this the gift that people give us? I feel shameful that I need to put out this video. We were not able to save him first, and then we couldn’t even bury him. How will his soul rest in peace? I’m ashamed that I’m part of this profession now.”

While the Chennai Corporation has assured action against the residents who assaulted the group, the police have said that cases will be filed.

The two ambulance drivers meanwhile have received sutures on their heads and are being treated in the hospital of the deceased.

Doctors who knew Dr Simon describe the deceased as a hardworking man, full of integrity. He has conducted numerous surgeries and even done treatment for free for so many patients who couldn’t afford it, they recall.

“He was not shown even basic humanity,” says Dr Pradeep, his voice breaking. “Even his wife and teenage son couldn’t be there to say goodbye. What wrong did he do? He could have stayed home after the virus spread. His only fault was that he continued to serve society, and put his own health at risk to help others.”

Yes, burying and cremating bodies of COVID-19 patients is safe

The incident has brought to light the real harm being done by uncontrolled rumour-mongering around a health emergency that the world is witnessing. Doctors are rightly angry that there is not enough awareness being created around what is safe and unsafe to do with bodies of COVID-19 victims. If you come across any such rumours, this is what you need to inform people.

It is safe to bury or cremate the body of a COVID-19 victim, as long as some precautions are followed. Guidelines given by the Ministry of Health and Family Welfare for burial/cremation of coronavirus patients explain the different steps to be followed before burial/cremation:

1. The body should be kept in a body bag, the exterior of which should be decontaminated. Once this is done, there is no additional risk to the people who transport the body.

2. The people handling the body should follow standard precautions that many of us are following in everyday life – this includes wearing a surgical mask and gloves.

3. The vehicle, after the transfer of the body to cremation/burial staff, should be decontaminated with 1% Sodium Hypochlorite.

1. The crematorium/burial ground staff should be sensitised that COVID-19 does not pose any additional risk.

2. The staff should practice standard precautions of hand hygiene, use of masks and gloves.

3.  Viewing of the dead body by unzipping the face end of the body bag (by the staff using standard precautions) can be allowed, so that the family can see the deceased one last time.

4. Religious rituals such as reading from religious scripts, sprinkling holy water and any other last rites that do not require touching of the body can be allowed. However, bathing the body, kissing, hugging, etc. of the dead body should not be allowed.

This article was originally published on The News Minute and has been republished with permission.