The man, who belonged to a Scheduled Caste, died in police custody on April 19 after allegedly having been caught by police over possession of cannabis. 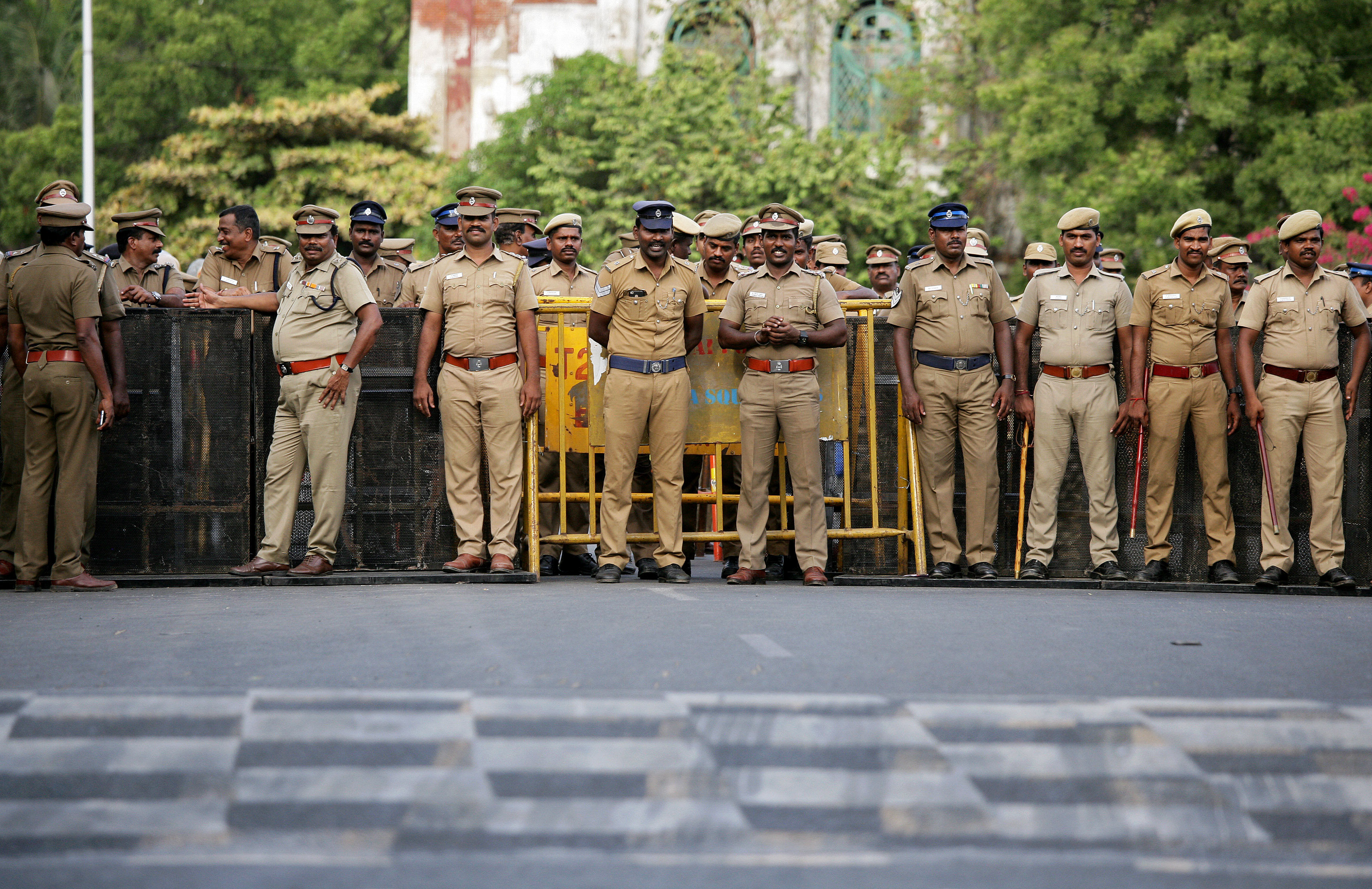 The man, who belonged to a Scheduled Caste, died in police custody after allegedly having been caught by police over possession of cannabis.

NDTV has reported that 1.26 minutes of CCTV footage shows a man – who news outlets have identified as one Vignesh – running down a road in Chennai’s Kellys area. He is seen being chased by two cops and falls down. The policemen appear to beat him with a baton.

The Hindu reported the committee as having said that on the night of April 18, Vignesh and his friend Suresh were taken into custody late in the night. They were tortured brutally and beaten with a police helmet. The next day, Vignesh succumbed to his injuries and was cremated after an autopsy on the same day. The committee said this contravened Madras high court guidelines on deaths in custody.

The committee called for murder charges to be slapped on police, along with a case under provisions of the Scheduled Castes and the Scheduled Tribes (Prevention of Atrocities) Act.

The Crime Branch of the Crime Investigation Department of state police took over probe into the case on April 21.

People’s Watch, a human rights organisation that has taken up this cause, told NDTV that since then, no summons have been issued to them.

The CCTV footage was also called inadequate by the rights body.

“This is just one camera. There are at least 15 cameras, but police have ensured nothing works. The man was tortured for three hours from 11 PM…Why is the magistrate quiet? Judicial Magistrate’s role is sacred in cases of suspicious deaths,” Henri Tiphangne, director of People’s Watch told NDTV.

The joint action committee too has called for police to seize all CCTV footage from Ayanavaram, Foreshore Estate and Secretariat Colony police station limits that recorded the sequence of events on April 18, 19 and 20.

Police sources told NDTV that the lone CCTV video has been submitted to court. Police also claimed that Vignesh attempted to attack police with a knife after having been caught with cannabis and that cops are reportedly seen retrieving the knife in the CCTV footage.

Police have also claimed that Vignesh suffered seizures in police custody and could not be saved despite medical help.

Police reportedly also donated Rs 1 lakh to the family, something which NDTV reported as having heightened suspicions of foul play.

News18 has reported that cops allegedly offered the sum in order to convince Vignesh’s family not to raise the pitch against police.

Vignesh’s brother Vinod told News18, “Truth will eventually come out. Police officials beat my brother and it is evident from the video. This is what we have been saying that my brother was subject to torture leading to his death. Police have maintained that he developed seizures and died. This video shows that they beat my brother while he tried to run away.”