"We, as citizens strongly urge that acts of intimidation and harassment against Mr Anand Grover, Ms Indira Jaising and Lawyers Collective stop immediately." 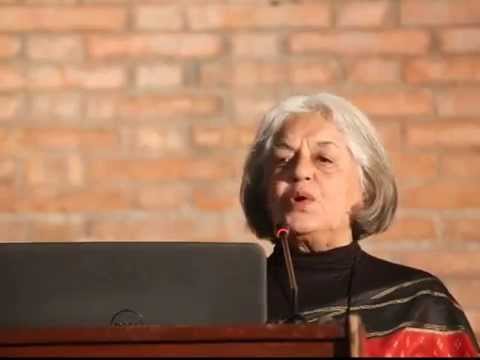 New Delhi: Close to 200 academics, activists, artists and others have signed a statement condemning the Central Bureau of Investigation’s raids on the homes and offices of advocates Indira Jaising and Anand Grover.

The CBI is investigating the duo’s Mumbai-based NGO Lawyers Collective, which the Ministry of Home Affairs has accused of violating the Foreign Contributions (Regulation) Act. An FIR was filed in the case last month. Jaising is not names in the FIR, but she is named in the MHA’s complaint.

In their statement, the civil society members have said that the raids are “the latest in a long line of coercion and intimidation of Ms Jaising and Mr Grover” and “nothing short of a brute show of intimidation as well as gross abuse of power”. Signatories include economists Amiya Kumar Bagchi and Jayati Ghosh, author Githa Hariharan, journalists Nitin Sethi and Pamela Philipose, and artists Vivan Sundaram and Parthiv Shah are among the signatories.

According to news agency ANI, a group of opposition MPs also endorsed the letter and sent a copy to Prime Minister Narendra Modi.

A group of Opposition MPs in Rajya Sabha have written to PM Narendra Modi condemning the raids on senior advocates Indira Jaising and Anand Grover in a FCRA case, say ‘it is a brute show of intimidation and gross abuse of power’ pic.twitter.com/xSq1iKDf43

The full text of the statement and list of signatories is below.

We, the undersigned individuals, strongly condemn the raids at the home and offices of senior advocates Ms Indira Jaising and Mr Anand Grover this morning by the CBI. The raids are being carried out in both Delhi and Mumbai. This, the latest in a long line of coercion and intimidation of Ms Jaising and Mr Grover, is nothing short of a brute show of intimidation as well as gross abuse of power. This is especially so since both the advocates, well known for their pioneering work in the field of human rights, and their NGO, ‘Lawyers Collective’, have fully cooperated with the authorities ever since criminal charges were filed against them in alleged FCRA violation cases. The raids that have taken place today despite this show of cooperation are shocking.

The reprisal against Lawyers Collective began in 2016 by suspending their FCRA license, which was then challenged in the High Court of Bombay. Lawyers Collective’s challenge to the FCRA cancellation and non-renewal are currently pending before the High Court. On 13 June 2019, the CBI registered a First Information Report under the Indian Penal Code (IPC) relating to charges of criminal conspiracy, criminal breach of trust, cheating, false statement made in declaration and various sections under the FCRA and Prevention of Corruption (PC) Act 1988.

Lawyers Collective, a human rights organisation based in New Delhi with its registered office in Mumbai, was founded by noted Indian human rights defenders and lawyers Ms Indira Jaising and Mr Anand Grover. Ms Jaising and Mr Grover are senior advocates with an exceptional profile of public service, probity and personal and professional integrity.

In 1986, Ms Jaising became the first woman to be designated as a senior advocate by the High Court of Bombay, and in 2009 she became the first woman to be appointed as Additional Solicitor General of India. Ms Jaisingh was a member of the UN Committee on Elimination of Discrimination against Women (CEDAW) between 2009 and 2012. She is a recipient of the Padma Shri awarded in 2005, followed by the Rotary Manav Seva Award for her services to the nation. Mr Grover was UN Special Rapporteur on the Right to Health between 2008 and 2014.

The country’s HIV/AIDS treatment programme has evolved with the serious efforts of the HIV/AIFS Unit of Lawyers Collective, headed by Mr Grover. Ms Jaising and Mr Grover, through Lawyers Collective, have advocated for advancing the rights of the most vulnerable and marginalised sections of Indian society, including children. On several occasions, they have challenged the unconstitutional and anti-people actions and policies of the State through judicial processes.

We, as citizens strongly urge that: