To decide the proportion of seats to be reserved for OBCs, a caste-segregated headcount is essential. 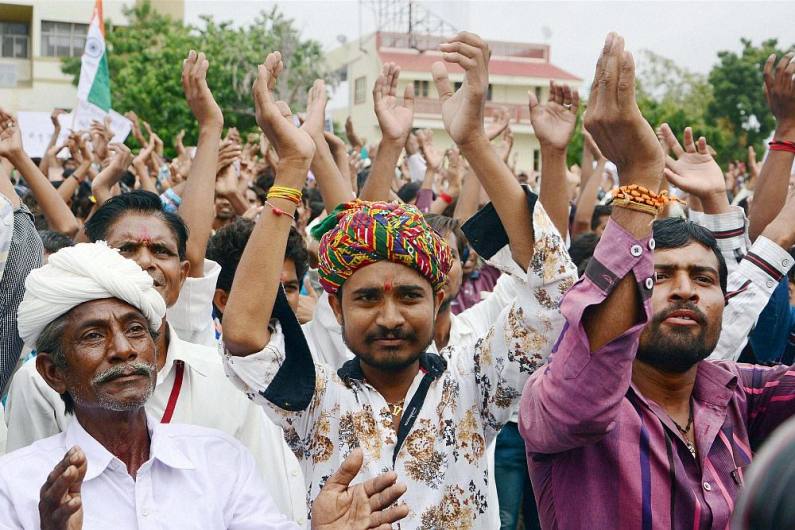 Representative image of OBC people taking out a rally seeking reservation in jobs and education, in Ahmedabad. Photo: PTI

On May 4, 2022, the Supreme Court directed the Maharashtra State Election Commission (SEC) to notify the local body elections within two weeks, without reservation for other backwards classes (OBC).

This is a severe blow to the OBC community in the state as no seats will be reserved for them in the upcoming elections, set to take place in more than 18 Municipal Corporations and 24 Zila Parishads in the state.

In March, the Maha Vikas Aghadi (MVA) government in the state had passed two bills to take over the authority of ward delimitation and formation process from the SEC. This was a desperate move, directed at putting the local body polls in the state on hold until OBC reservation had been restored. These amendments were challenged in the court.

The court reserved its decision about the constitutional validity of the amendments, but directed the state government to conduct the elections in local bodies without OBC reservation. Reservation was scrapped because the MVA government had failed to comply with the ‘triple test’.

The triple test includes setting up a dedicated commission for collecting empirical data on backwardness related to local bodies; specifying the proportion of reservations; and ensuring that the cumulative share of reserved seats doesn’t breach the upper limit of 50% of the total number of seats.

Given the present stalemate, we argue that the need of a caste census today cannot be overstated.

To decide the proportion of seats to be reserved for OBCs, a caste-segregated headcount is essential. A survey is out of the question because  surveys work with a sample, which is only a segment of the total population. It is unusable to identify actual populations, in our case, the population of OBCs.

Thus, indirectly, the Maharashtra State Commission for Backward Classes was entrusted with conducting a census. A census is a herculean task and an ill-equipped, resource-poor body such as the commission, which also lacked the expertise and infrastructure, is not the right body for the job.

It is no wonder, then, that their interim report was rejected by the Supreme Court and that the MVA government had to constitute a new, dedicated commission, led by ex-chief secretary Jayant Kumar Banthia.

More importantly, identifying the population of OBCs is the responsibility of the Union government. Data from the census is crucial for designing and implementing state policies and programmes. And while the Census does a segregated head count and collects data about various socio-economic indicators for SCs and STs, it has refused to do so for the OBCs.

The clamouring for a caste census among OBCs is natural as the impasse has triggered unrest and insecurity among the community. Despite this,  the MVA government and BJP-led opposition in Maharashtra continue with their blame game.

However, the blame for the current impasse does not lie solely with the MVA government. Firstly, Union governments since independence have refused to count caste, except for the SCs and STs.

In 2011, the Congress government half-heartedly gave in to the demand and the Census of India carried out what they called the ‘Socio-Economic and Caste Census (SECC)’ separately. However, the SECC covered a population of approximately 0.9 billion whereas the total headcount was 1.2 billion, according to the 2011 census. By definition, this is not a census.

The Union government has refused to share even this data with the MVA government, citing its inaccuracy and unreliability. Surprisingly, however, data pertaining to SC, ST and general categories is available on the official website of SECC.

Moreover, this reluctance to count the population of OBCs comes despite the fact that the massive support of the community was crucial in the BJP coming to power in the Union government in the last two general elections.

Scholarly work on the colonial census has shown that census data exposed the hold of the ‘upper’ castes over resources, political power and the public sphere. It played an instrumental role in claiming political representation for the ‘lower’ castes. No wonder the ‘upper’ castes protested against caste as a census category, arguing that it divided the Indian society. As a result, caste as a category was omitted from the decennial census in 1941.

Sadly, the status quo persists. Sociologist Satish Deshpande hit a bullseye when he asked, “Who is afraid of a caste census?” According to him, the “most pampered minority” of India, the “upper castes”, want to keep the “public secret” of their hegemony over the majority intact, which the caste census is sure to expose.

Therefore, the decennial census remains the only way forward that provides up-to-date evidence to overcome the contemporary crisis in state politics.

Yashwant Zagade is a PhD research scholar at the Tata Institute of Social Sciences (TISS), Mumbai.