G. Bala's cartoon drew attention to the political and official apathy which led to the death of a family that had come under the pressure of a moneylender. 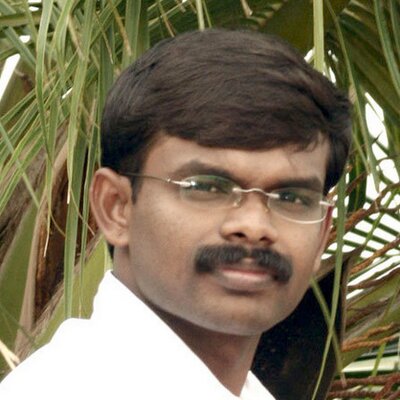 New Delhi:  A prominent cartoonist was arrested on Sunday for a cartoon that showed Tamil Nadu chief minister E.K. Palaniswami in a manner the police claimed was obscene and derogatory, prompting protests by journalists and opposition politicians in the state.

He is the second cartoonist to be booked for an offence on the basis of his work. In 2011, Aseem Trivedi found himself charged with sedition by the police in Mumbai for a series of cartoons on corruption, though the outcry which followed prompted the police to drop their case.

Bala, 36, was arrested on the basis of a complaint filed by Tirunelveli district collector Sandeep Nanduri, who was also caricatured in the cartoon along with the city police chief.

The cartoon was uploaded on Facebook on October 26, days after a man and his wife set themselves and their two children afire at the Tirunelveli collectorate complex allegedly due to harassment by a money-lender.

Bala’a cartoon showed the chief minister, the collector and the police chief standing naked except for the proverbial ‘fig leaves’ comprising wads of cash while a child lay burning in front of them.

Protesting the arrest, the Chennai Press Club announced a demonstration in the state capital for Monday.

“G. Bala of Chennai has drawn distasteful cartoons about Tirunelveli district top officials and posted them on social media and in this regard the district collector had given a complaint,” the release said.

Based on the complaint, a case had been registered on November 1 under Indian Penal Code Section 501 (printing or engraving matter known to be defamatory) and under the Information Technology Act, it said, adding that following investigation Bala was arrested.

While the woman and her two children died on the day of the incident on October 23, the man succumbed to injuries later. The incident drew widespread condemnation from political parties and civil society groups over usury.

Family head Muthu resorted to the extreme step as the money-lender was harassing him, demanding more money despite him having returned Rs 2.34 lakh, including interest, for a loan of Rs 1.40 lakh, his brother had alleged.

The police had later arrested three persons, including the financier and his wife, in connection with the incident.

After the incident, Palaniswami said the state had in 2003 enacted a law against charging of exorbitant interest rates by money-lenders.

He had directed the district collectors and police officials to act swiftly on any complaint related to usury.