While the order overturning the rustication of Visva-Bharati students offered them relief, the judge's observations left some disagreeing.

A students' rally at Santiniketan against the Visva-Bharati University administration. Photo: Twitter/@aishe_ghosh

Kolkata: For 44 years now, West Bengal is being governed by chief ministers who had their first tryst with politics during their student days.

And yet, the Calcutta high court judge Justice Rajasekhar Mantha seems to believe that university students lack in the level of education and maturity required to make informed decisions on politics.

This view of the judge was reflected in a comment that he made while passing an order on Wednesday, September 8,  regarding the rustication of three student leaders from Visva-Bharati University.

The students had approached the court against the varsity’s decision and the judge’s order, putting in abeyance the Visva-Bharati University authority’s decision to rusticate the three student leaders for three years, brought relief to the penalised students as they have been allowed to join academic activities.

The court prima facie found the punishment as ‘excessive and disproportionate to the charge’. Professors who have been suspended have also been allowed to be a party in the case.

Also read: Movement Against V-C to Go on, Say Visva-Bharati Students as HC Stays Rustication of 3

However, one observation that the judge made in his order has also struck a controversial note. He wrote:

“A basic level of education and maturity is required for a student to take an informed decision before accepting or following any ideology. Exposure to raw ideologies in the absence of such education would amount to indoctrination.”

“All demonstrations, mass protests, dharna, strikes and/ or agitation by the students or on their behalf inside or beyond the university campus shall cease forthwith.”

While Visva-Bharati’s students and teachers did not agree to comment on the judge’s observations, arguing that matter was sub-judice, politicians and rights activists found this observation objectionable. They pointed out that university students are generally adults who enjoy voting rights. Prohibiting politics on college or university campus deprives students of their democratic rights, they said.

They highlighted that even during the freedom struggle, several students at several educational campuses, including Calcutta University and Presidency College in Kolkata, played a crucial role, taking part in the freedom movement or refusing to honour the Union Jack hoisted on the campus.

“In our country, for all practical purposes, 14 and 15-year-olds are treated as adults. Even though illegally, they still get married, give birth to children, and work as labourers. College and university students gain enough maturity to understand what’s right and what’s wrong,” said right-to-food activist Anuradha Talwar. She added that she believed the student days are the best time for getting involved in politics.

“It’s students who have always lead politics. They influence politics and policies,” Talwar said, “Youth is the time when people believe in certain ideals and ideologies. People tend to move from ideology to individualism as they grow old.”

“I don’t have the audacity to question the wisdom of the judge but I believe today’s children are much more aware of the happenings around the world than in our times and are far more mature than in our times. Those who have passed higher secondary and entered a university have enough political sense. At least those who get involved in politics also study a lot, regarding politics and beyond,” said Sarkar. 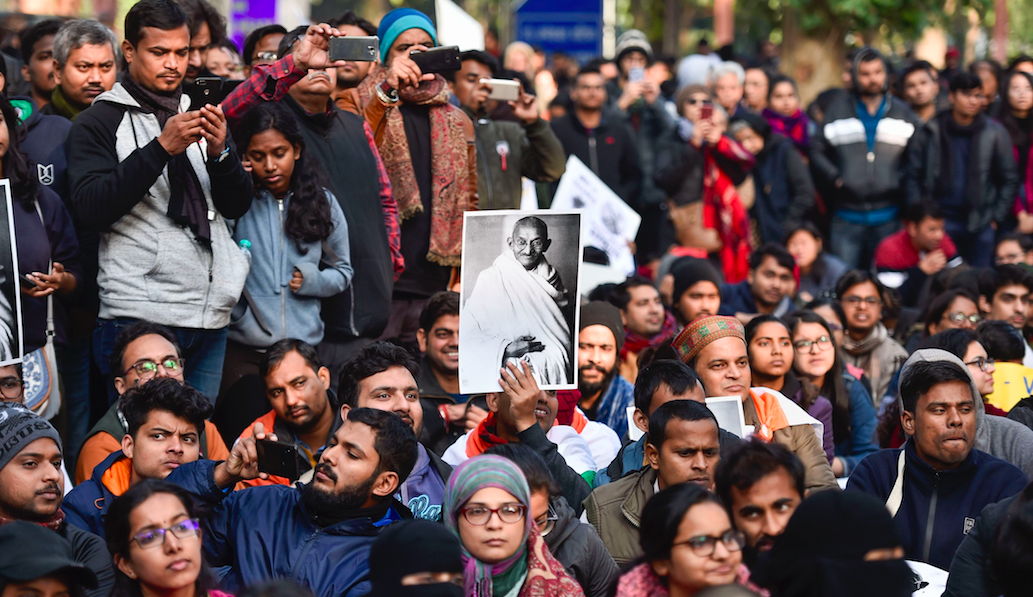 Human rights activist Sujato Bhadra, a former professor of history, thinks the judge went beyond “his limits.” He said that students had a natural instinct to protest injustices and they have, globally, shaped national and international policies through their movements.

“Students are like white slates. They are among the most conscientious. Older people are always calculating various equations. Student life is the best period of protest. In our country, even those without any literacy are voters. They are performative citizens. Pedagogy is not mandatory for making political decisions. People challenged Indira Gandhi due to their daily experiences and not because of political knowledge about fascism,” Bhadra said.

He argued that the students of Visva-Bharati, and any other educational institution, would have to protest to affect change. “What would the students have done if the case was not listed in the court for hearing or if the order went against them? They would have had to continue protests to achieve their demands,” he said.

“The judge himself noted that the punishment was excessive and disproportionate to the charge. If highly-educated persons like a vice-chancellor can do it, why blame students?” Bhadra asked.

CPI(M) politburo member Mohammad Salim, who has been a member of the state assembly, the Lok Sabha and the Rajya Sabha, said that they welcome the operative part of the order but did not agree with the comment the judge made regarding politics on campus. It was not right on the part of the judge to brand university students as immature and lacking in education, he said. ‘Formal education not needed for politics’

Salim said that educational campuses have been a breeding ground for future politicians, activists, policymakers and influencers for many years. If the average level of IQ and education is considered, students of such universities would fare far better than the members of state assemblies and the parliament, he said.

“I am not saying formal education is a must to get elected or lead a political force. Illiterate people can also have impressive political acumen and wisdom. But how many members of state assemblies and Lok Sabha even got an entry to universities?” he asked.

Two of the three students who were rusticated last month for a period of three years are members of the Students’ Federation of India (SFI), the student wing of the CPI(M), while the other students is associated with another leftist organisation. Two of them are undergraduate students and one is a post-graduate student.

However, the protests they are leading against the varsity authorities over the past two years are being organised under the banner of Visva-Bharati Students’ Unity (VBSU), an umbrella of various student organisations.

The VBSU members, however, indicated that they were going to continue their protests against various moves taken by the varsity authorities, especially the vice-chancellor Bidyut Chakraborty, who they have accused of trying to ‘saffronise’ the campus. “Our movement may change form but will not stop,” said a VBSU leader.

Since Chakraborty took charge in 2018, as many as 11 professors have been suspended on various charges.