The Government Isn't Spending Its Budgeted Allocations on Priority Schemes

While media focus continues to be on low allocations, what slips past unnoticed is that even those amounts aren't lived up to.

While media focus continues to be on low allocations, what slips past unnoticed is that even those amounts aren’t lived up to. 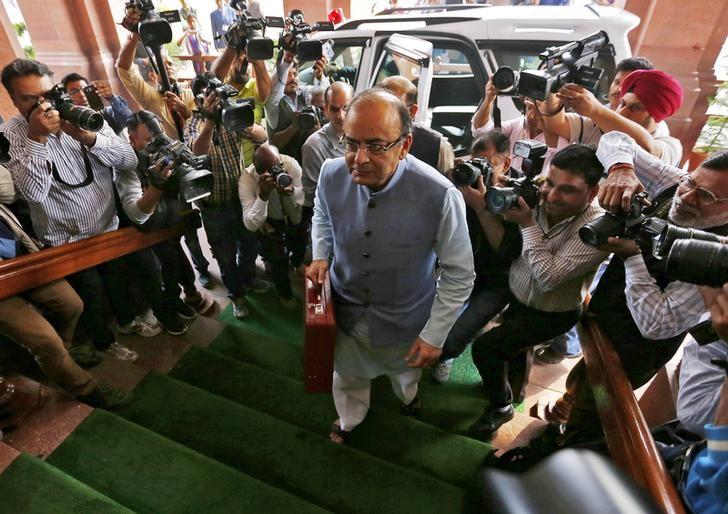 If we see this data for the previous financial year, it is clear that allocations for several priority schemes important for poor and vulnerable groups as well as for other important objectives like improving education and protecting the environment were later reduced by significant amounts. Curiously, this even includes schemes which the government has been publicising as its priorities.

Let’s first look at some agricultural schemes, as it was widely publicised that last year’s Budget had prioritised agriculture. One frequently talked about scheme is the Paramparagat Krishi Vikas Yojana (traditional agriculture development scheme). If properly implemented, this has rich potential for important objectives like saving traditional seeds and protecting on-farm biodiversity. Unfortunately, while last year the Budget estimate or original allocation for this was Rs 297 crore, the revised estimate was reduced to just Rs 120 crore, which is less than half of the original allocation. Similarly, the Budget estimate of Rs 1,700 crore for the food security mission for the last financial year was later cut to a revised Budget of Rs 1,280 crore, a substantial reduction. In the case of another priority agricultural scheme, the Rashtriya Krishi Vikas Yojana, the original Budget estimate of Rs 5,400 crore was reduced significantly to a revised estimate of only Rs 3,550 crore.

At a time when there is a pressing need to reduce edible oil imports, the importance of the National Mission on Oilseed and Oil Palm has increased further. It is disturbing to know, then, that the original allocation for this mission of Rs 500 crore was later revised to a much lower Rs 376 crore. In fact, even the overall allocation for the high priority Pradhan Mantri Krishi Sinchai Yojana was reduced from Rs 5,767 crore to Rs 5,182 crore.

Coming to women and child welfare, the ‘Beti Bachao Beti Padhao’ campaign for girl children is clearly a high priority and highly publicised scheme. Yet, the original Budget estimate for the previous financial year of Rs 100 crore was later reduced to a revised Budget of just Rs 43 crore, less than half of the original allocation.

In the Union Budget for the year 2016-17, an allocation of Rs 144 crore had been made for the creation of a national platform of unorganised workers and the allotment of Aadhaar-seeded identification numbers. But this did not take off, and the revised estimate for it was just 0.5 crore.

The original allocation of Rs 1,500 crore for the Rashtriya Swasthya Bima Yojana was later reduced to a revised estimate of Rs 724 crore.

In the Department of Financial Services of the finance ministry, the original allocation of Rs 209 crore for the Svavalamban scheme (meaning  self-reliance) was removed altogether in the revised estimates. The original allocation for government contribution to the Aam Aadmi Bima Yojana was Rs 450 crore, which was later cut to just Rs 100 crore. Similarly, the association of the name of the tallest leader of the ruling party with the Atal Pension Yojana could not save it from the reduction of its Budget in the previous year from Rs 200 crore (Budget estimate) to Rs 40 crore (revised estimate). The interest subsidy to the LIC for its pension plan for senior citizens was also reduced from Rs 172 crore to Rs 137 crore.