Book Excerpt: 'We, the People', Citizenship and Historical Constitution

The resistance today is both returning citizenship to its unconditional – and revolutionary – genesis as well as correcting it to a more inclusive form while not being able to quite dismantle its constitutive exclusionary logic and condition. 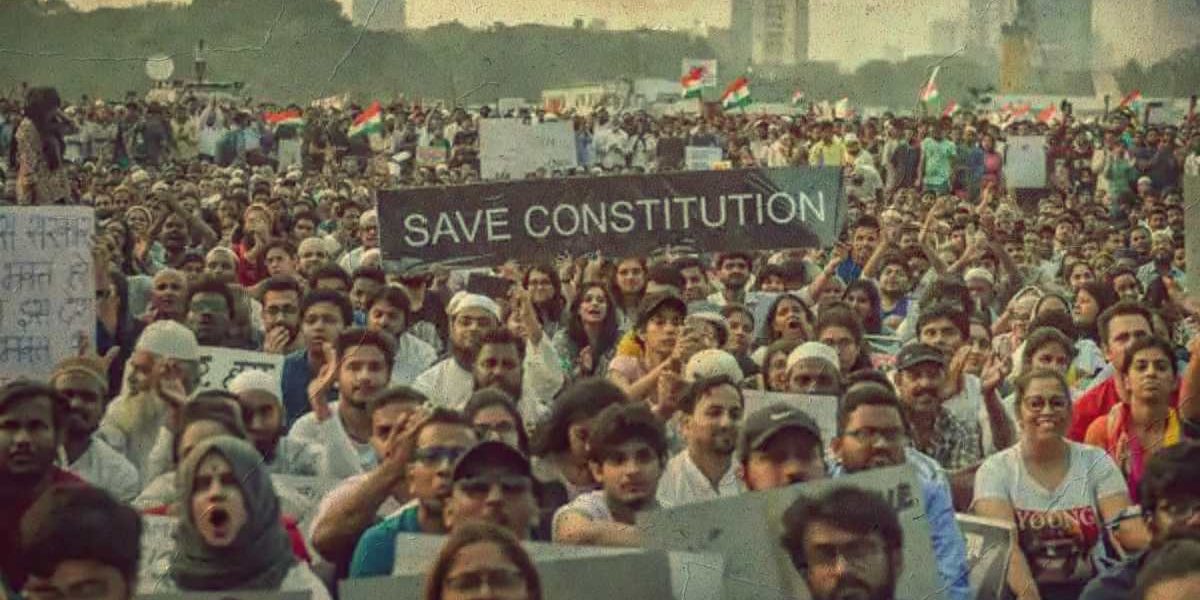 Amidst all the discussion of constitutions and constitutionality that is prevalent and imperative today, I would like to consider a type of constitution that I will call ‘historical constitution’. Under this category, it is possible to include a whole range of constitutional principles and different constitutional apparatuses or regimes. From the point of view of the historical constitution of the state, its rules and laws can be based on democratic as well as non-democratic principles. The crux of this type of a constitution is that its genesis lies in a historical negotiation between principles and something we could call ‘reality’. In one of his key texts from 1945–46, What Gandhi and Congress have done to the Untouchables, Ambedkar cites the French socialist Ferdinand Lasalle, who was of the view that a constitution is not simply a consistent and abstract document of pure ideas as good liberals would like it to be; it is a far more complex project to constitute and traverse the heterogeneities and contradictions of a real situation of history.

One critical and delicate example of the situatedness or the historical contingency of a constitution pertains to the problem of the ‘exception’ to fundamental constitutional principles that a situation produces. One obvious case of such an exceptional reality is that of caste inequality in Indian society, which in the Indian Constitution is reflected and addressed by the measure of reservation—which apparently contradicts the fundamental tenet of formal equality. There is a different kind of exception to be encountered in constitutions ‘given to ourselves’ in the history of democracy. For instance, in the inaugural document of the French Revolution, The Declaration of the Rights of Man and of the Citizen, we encounter the constitutive exception to rights of men—which is the rights of women. While it is in the element of history itself that the suffragette movement for women’s rights was carried out nineteenth century onwards, the question remains that on what basis was the original exception justified? 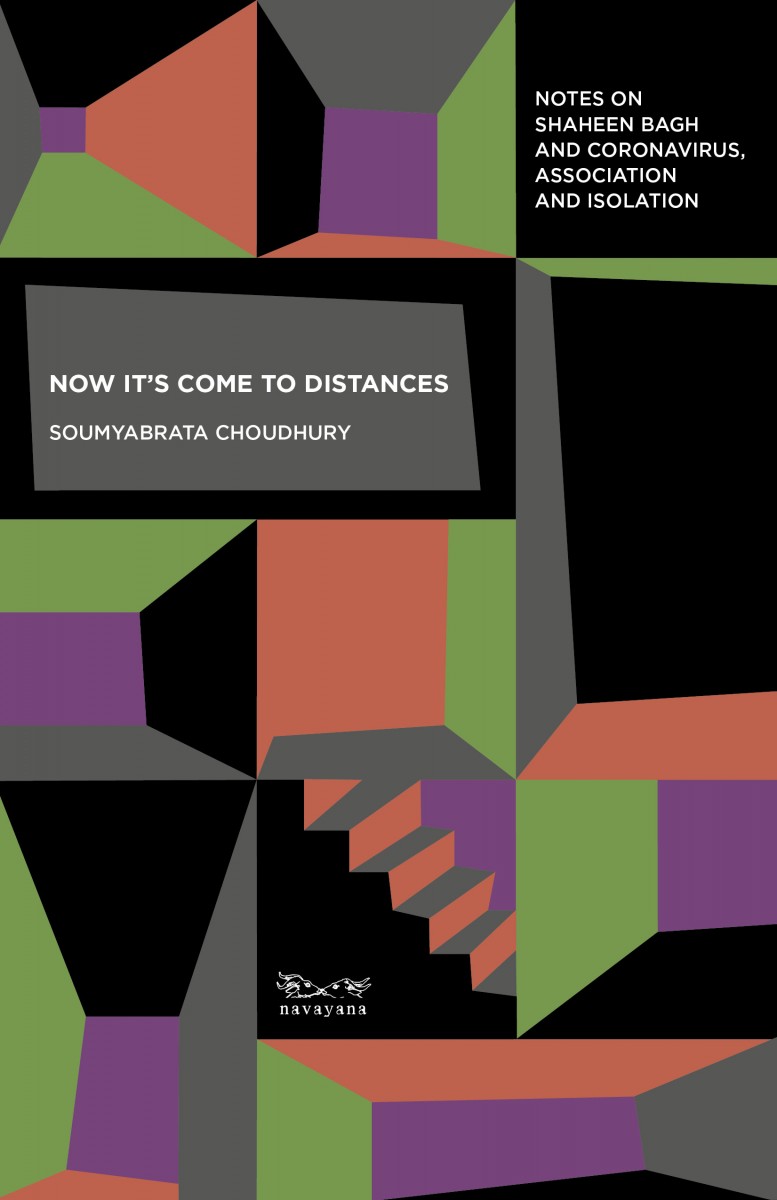 It is interesting that the historical constitution of the French Revolution, as different from its formal one, was already a patchwork of pre-given exclusions and exceptions. One such exception was the ‘natural’ justification handed down from ancient history that women were fundamentally incapable of political constitution. Women, by nature, were not political subjects. We see that the spectre of a negative universalism was already haunting the French Revolution, otherwise imagined to be in an epic search of the axiomatic and unconditional universal principles of liberty, equality and fraternity. Thus, the most tortuous historical knot was tied between the negative and affirmative universalisms, and was reflected in the several constitutions enunciated since 1789 up to the moment of the victory of the suffragette movement.

Also read: How the Constituent Assembly Debated (and Rejected) Citizenship by Religion

The essential point of this knotting between the prevailing historical lineage and the revolutionary axiomatic is that it results in a double structure: now, with the revolutionary declaration, an unprecedented collective amplitude of “We, the people” is created; and at the same time, a cascade of exceptions is historically inserted. With and despite the structural violence of doing this, exceptions to this “We” are encoded constitutionally. The hypothesis is worth considering that historically speaking, citizenship as a differentiated constitutional modification of the founding “We, the people”, written down in preambles of democratic constitutions, was a revisionist apparatus of capture of exceptions, that is, keeping the exceptions undisturbed and yet governed.

Another factual example of this revisionist history of modern citizenship involves the pioneering figure of the French Revolution…—E.J. Sieyès. While Sieyès the revolutionary pamphleteer gave a clarion call in 1789 to the people in the name of the people or the third estate, in 1794, Sieyès the Thermidorian constitutionalist prescribed a hierarchical form of citizenship in France expressed in the graded distinction between the active citizen and the passive citizen. Sieyès’ fundamental measure of this gradation was that the former was a tax-payer (who paid the value of three days of labour in a month as tax) and the latter was not. The apparent rationale of this measure was that the true people earned their living by hard labour and intrinsic means (the power of the intellect for instance as channelised by education) unlike the parasitic and excremental ‘estates’—the clergy and the nobility. Such a distinction between active and passive citizenship introduced a new hierarchical contradiction between classes within the idea of the people—that is, between the tax-paying class, the rich, and the class too poor to pay taxes, hence deprived of the rights of active citizenship. With it emerges a paradoxical form of the ethics of citizenship in modern bourgeois democracy which prescribes for the citizen the obligation or duty to become capable of paying taxes, that is, to become rich. From this capability the full rights of democratic citizenship will follow. Conversely, this ethics, as subjectively and politically lived by the modern individual would entail his utter commitment to earn the right of obligation, the right to perform one’s duties as part of a fulfilling democratic life. Thus, the circle of citizenship, democracy, class and nation closes in on itself, for under these conditions concluded by the inescapable circle, the democratic life of a citizen can only be a national life. 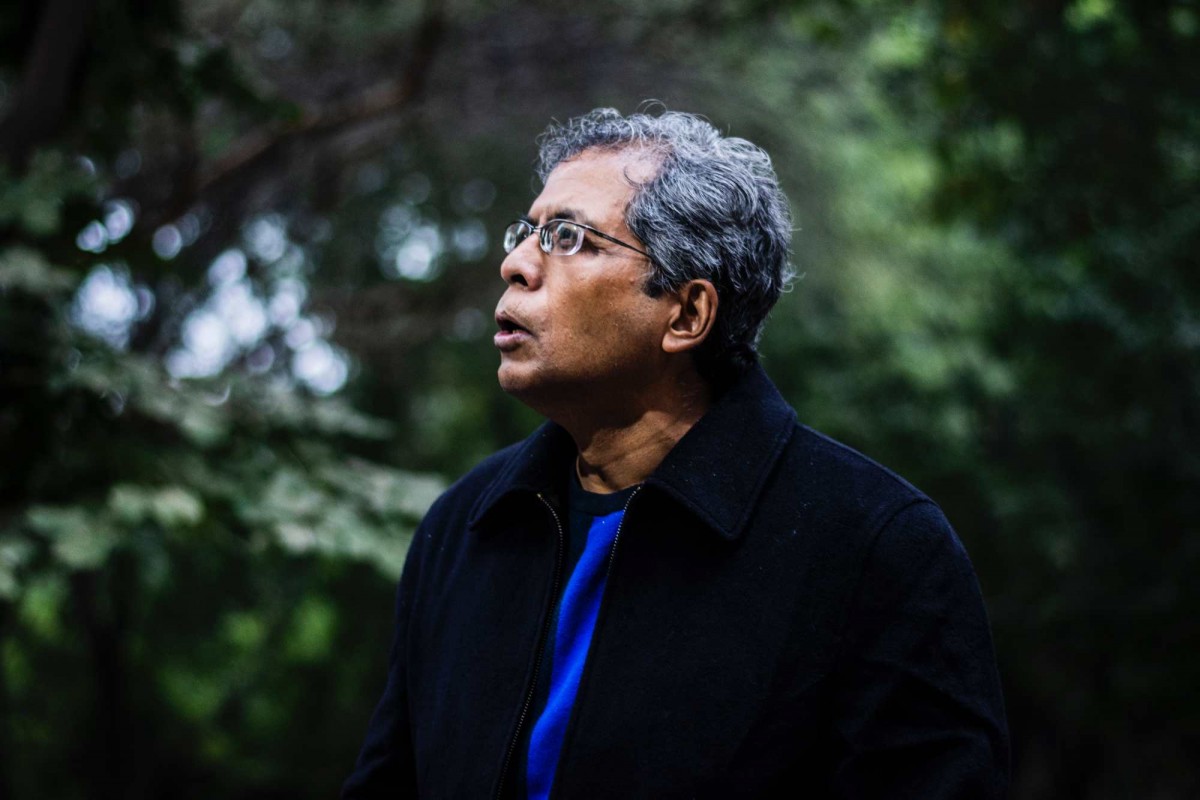 The Thermidorian and revisionist stage, on which the forbidding and magisterial image of Sieyès the constitutionalist later appears, should not entirely obscure the revolutionary profile of the author of the pamphlet “What is the Third Estate?” What was at stake when this author declared: The third estate today are nothing, tomorrow they will be everything. It seems to me that the becoming-everything of the third estate was not meant to be the becoming-citizens of the people. And the being-nothing of the people, as a constituent power, was already more than being-citizen. Though ‘more’ shouldn’t be understood in terms of quantities of rights and freedoms. It is rather a challenge to thought to signify the people as an uncountable surplus over the citizen. The people, unlike the citizen, is always being formed and hence can’t be a form so as to be counted. Not for no reason do preambles say, “We, the people… give to ourselves” etc., and not “We, the citizens”.

I shall return to this, but it might be pertinent now to open a parenthesis on a certain vacillation within the word ‘citizen’ itself. This vacillation can be illustrated from the above-mentioned sequence between 1789 and 1794 during the French Revolution. When the initial document of the Rights of Man and Citizen appeared, the word ‘citizen’ (the French citoyen) primarily referred not to citizen of a nation but to citizen of the revolution. This was historically coherent because the very idea of the nation was divided by the revolution between a corporatist feudal logic (the logic of estates) and what, doctrinally expressed, one would call ‘popular sovereignty’. But the citizen of the revolution is not symmetrical with the citizen of the republic at all. The latter is a legitimate—and legal—form limited to a nation constituted by the universal principles of what, again doctrinally expressed, would be called, a ‘democracy’.

The citizen of the revolution, however, was thought of as a partisan or militant of the universality of the principles themselves. And insofar as such principles could, or can, only be subjectively lived freely and unconditionally, while objective laws of a republic are the circumscription and circulation of that very freedom under particular conditions, these two significations of the citizen are co-implicated but not analogous. ‘Citizen’ in the subjective sense is similar to the word ‘comrade’ which is used by communist militants to address each other, not necessarily as a shared institutional identity (for instance being members of the same communist party) but rather as a mode of the shared recognition that each is unconditionally communist. The world-historical form which corresponds to this unconditional signification of both ‘comrade’ and ‘citizen’ is a certain internationalism. In their emergent historical meaning, these addressals were internationalist.

In drastic contradistinction to an internationalist perspective, the national logic of citizenship peculiarly induces within the citizen a subjective desire to possess the right to be in debt to the nation. Unlike the unconditional subjective commitment to principles of freedom, equality and collective justice, the ‘national’ subject is someone who desires, or even demands, the right to perform duties or obligations, but only for that restricted set of co-subjects who equally limit themselves to this circle of national obligation. In this respect, the nation of citizens only begins to be formed when the latter not merely agree but desire to limit their universal capacity of freedom and equality. To put it another way, a society comprising such subjects of debt and obligation who are as much subjects of desire and right—the right to obligation—is the same thing as a conditional nation of citizens, but without the unconditional people. This I will, elliptically, call the liturgical logic of democratic–national citizenship.

I write this at a time when a lot of people are quoting and reciting the preamble of the Indian Constitution—many of whom are also protesting on the streets against the National Register of Citizens, the National Population Register and the Citizenship Amendment Act. A swathe of people in India are saying “We, the people of India…”. [The ‘people’ of the preamble is an unconditional, extra-legal category, whereas what the protest seeks is ‘citizenship’, a conditional and legal one.] Does the preamble, within its moral regeneration and political mobilisation, [then] ‘bewilder’ some of these people? The fundamental premise of my intervention is that the intuition of the current resistance to acts of the Indian government is far ahead of the concept(s) around which this resistance is being articulated. One can schematise this further: the intuition of the resistance is on the side of the ‘people’ inscribed in the preamble and its concept on the side of the machinery of ‘citizenship’; alternatively, the intuitive fidelity of the protests is towards an open-ended constituent power, while their conceptual security seems dependent on what the Supreme Court has already defined as the basic structure of the Constitution. That is to say, the mass of people who are moved to face the might of the state by the provocations of the government, while directing all their subjective energy in reciting aloud—on the streets, in schools, in video installations and so on—the preamble which is supposed to enunciate the ‘basic structure’, are somehow prevented from seeing that the basic structure is constituent and not already constituted. The people are putting their essential political spirits, their liberatory intensity into saying ‘people’, but when asked how would they like to be recognised, they are saying ‘citizens’. This is to be absolutely expected because the government, the ruling party and parliament have all set their amended terms of recognition, non-recognition—and de-recognition, whatever home minister Amit Shah says—vis-à-vis citizenship. Yet what is to be expected in the first place as a reactive discourse, in terms set by the governmental provocation, need not necessarily be maintained and endorsed by the work of thought that a popular resistance must perform. It is along this thread of thought that I suggest the resistance today is both returning citizenship to its unconditional—and revolutionary—genesis as well as correcting it to a more inclusive form while not being able to quite dismantle its constitutive exclusionary logic and condition. This, in my vocabulary, is the knotting and re-knotting, division and vacillation of politics today between a democracy of principles and a democracy of rules.

Excerpted from Now It’s Come To Distances: Notes on Coronavirus and Shaheen Bagh, Association and Isolation published by Navayana on December 6, 2020.