Priyanka Sharma has been remanded to 14-day judicial custody. 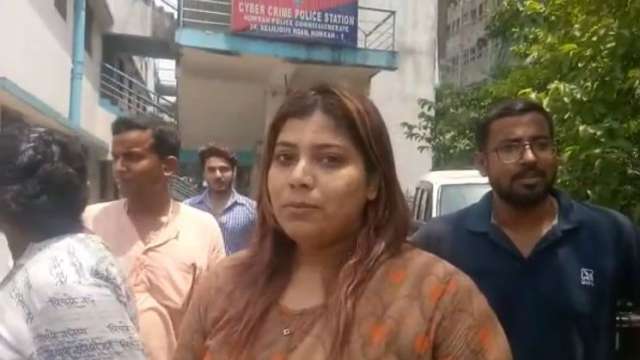 New Delhi: Priyanka Sharma, the convenor of the Bharatiya Janata Party’s youth wing in Howrah, was arrested for sharing a morphed image of West Bengal chief minister Mamata Banerjee. In the meme she shared on May 9, Banerjee’s face was superimposed on actor Priyanka Chopra’s body, in the dress she wore to the 2019 Met gala.

Sharma has been remanded to 14-day judicial custody, according to the police.

After Sharma shared the image on her Facebook page, a Trinamool Congress leader reportedly filed a complaint against her with the West Bengal police cyber cell. “This act broke the community guidelines and it was being viewed as an issue of violence. She not just tries to insult our Hon’ble Chief Minister, but she trying to insult the culture of our Bengal by her post on Facebook and which is Cyber Crime,” the complaint read, according to Deccan Herald.

Several BJP workers and others have come out in support of Sharma on social media, saying that the decision to arrest her for sharing a humorous image violated her freedom of expression.

Forget humor, any sort of expression is dead in @MamataOfficial‘s Bengal. Priyanka Sharma, our district executive member, @bjym4howrah was arrested for posting a Met Gala-themed meme on Mamata Banerjee ji.#ISupportPriyankaSharma and Mamata Didi must release her immediately.

All of us liberals must severely criticize the WB police for arresting #PriyankaSharma for a funny but harmless morphed image of CM WB Mamta Banerjee. We can’t be liberals & say there is intolerance in Modi ji’s governance but accept this intolerance . #ISupportPriyankaSharma https://t.co/KG85jjYgxa

According to the Indian Express, Sharma has been charged under Section 500 of the IPC (defamation), and Sections 66A (offensive messages) and the non-bailable 67A (punishment for publishing or transmitting of material containing sexually explicit act, etc., in electronic form) of the Information Technology Act.

“Many people posted the same meme on social media. She was just one of them. Police said she edited it. How is that possible? Our chief minister speaks of democracy and you get arrested and jailed for posing a meme,” Sharma’s brother Rajiv told the newspaper.

Senior TMC leader Arup Roy, though, told the Indian Express that it was the “right thing” that Sharma had been arrested. “There was a complaint at the cyber crime department against the post. The police have done the right thing by taking action as it is a criminal offence. The post was in bad taste. The West Bengal chief minister is a woman and any post like this is not acceptable. We condemn such incidents, especially if done during elections.”

In April 2012, Ambikesh Mahapatra, a chemistry professor at Jadavpur University, was arrested and later acquitted for circulating an email with a caricature of Banerjee.