BJP worker Praveen Poojary died after a right-wing mob attacked him for transporting a cow. His companion Akshay Devediga is still in hospital. 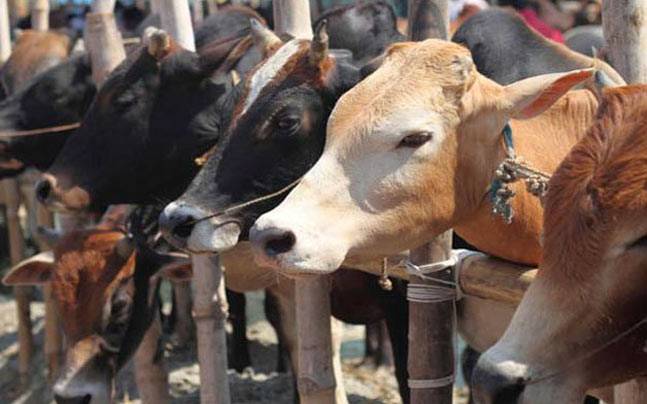 In the latest instance of cow vigilantism, a BJP worker in Udupi, Karnataka was beaten to death by a mob of Bajrang Dal and Vishwa Hindu Parishad members while transporting a cow, reports said. Some reports have also identified the accused as members of the right-wing group Hindu Jagrana Vedike.

Praveen Poojary, 29, was accompanied by his friend Akshay Devadiga, when the attack took place. Poojary died in hospital four hours after the attack, while Devadiga is currently undergoing treatment, NDTV reported.

According to local police, 18 people have been arrested for the attack.

NDTV reported state home minister G. Parameshwara saying that the attack appeared to be the result of a rivalry between cattle traders. “But the investigation is going on and we will share once get more,” he said.

This attack comes after Prime Minister Narendra Modi broke his silence on the cow vigilantism plaguing the country and said that people had set up shops in the name of gau raksha.

Cow vigilantism has been in the news continuously over the last few months, with incidents being reported from across the country.

Most attacks by cow vigilante groups have been on Dalits and Muslims. An attack on a Dalit family for skinning a dead cow in Una, Gujarat last month led to large scale protests from the community. A massive rally was also held in Una on Independence Day.