A 42-year-old woman who has seen her case go on for 17 years with no verdict said the Bilkis case gives her hope that “the fight for justice never goes in vain”. 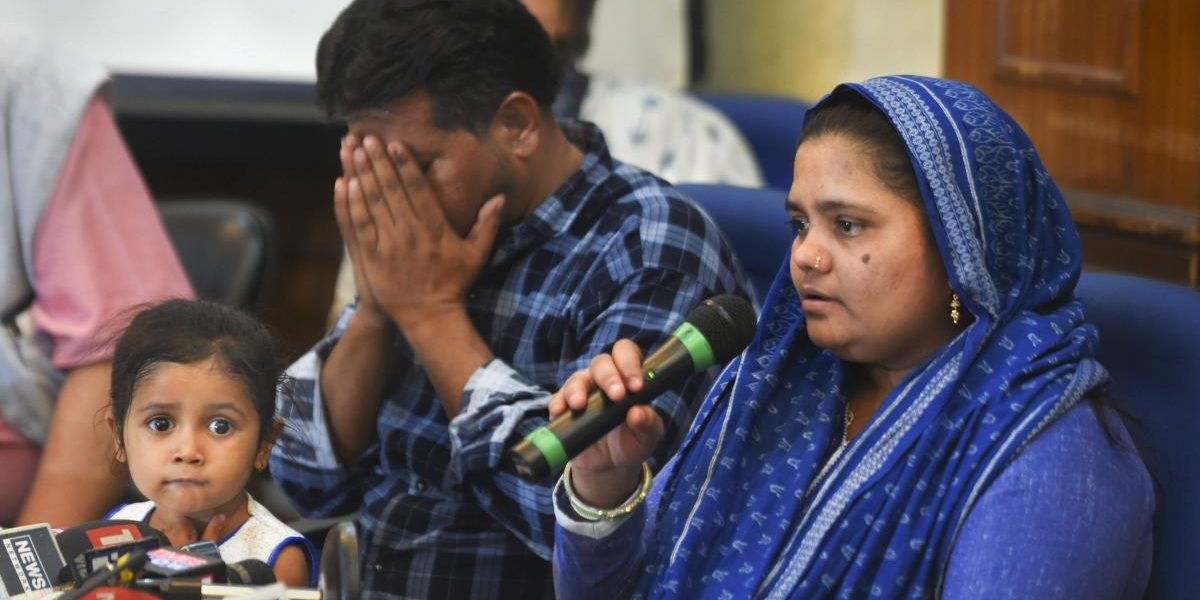 Bilkis Bano, who was gangraped during the 2002 Gujarat riots, addresses a press conference in New Delhi on April 24. Credit: PTI

New Delhi: When the Supreme Court directed the Gujarat government to give Bilkis Bano Rs 50 lakh as compensation, a job and accommodation, her 17-year struggle for justice came to an end. And now, her legal victory is serving as a ray of hope for others like her, who were victims of sexual violence and lost their families during the 2002 Gujarat riots.

According to the Indian Express, two women who were allegedly gangraped during the 2002 violence are fighting for justice in the courts see the Bilkis Bano verdict as a reason to keep going. A 42-year-old woman who has seen her case go on for 17 years with no verdict said the Bilkis case gives her hope that “the fight for justice never goes in vain”.

After being attacked on March 1, 2002, the woman and her two-year-old son were the only ones to survive. While escaping with him, she was assaulted and gangraped.

“Someone pulled my hair and pushed me to the ground. They were around 15 men. They took my son away, stripped me and took turns to rape me. When I passed out, they stabbed me in my toe to check if I was still alive. But I did not respond, and they left. When I came to, my two-year-old was sitting close to me and crying. I somehow got up. I could not find my pyjamas so I wrapped a dupatta, and we hid in the fields again,” she told the newspaper.

When she made it to a refugee camp, people there helped her file a police case. She received Rs 5 lakh compensation for her husband’s death, but nothing else. Her case, which officially began in December 2010, has now seen more than 100 hearings. The police chargesheet, filed in November 2002, booked the accused for unlawful assembly, rioting, murder, rape, criminal intimidation and mischief by fire or explosive substance.

She has not been called by the court at all, she says, and isn’t even sure who her lawyer is. “I can’t sleep, I can’t rest until judgment is declared,” she told the Indian Express.

Another woman, 57 and from Panchmahal district, told the newspaper that she can’t remember the exact date when her daughter and niece were gangraped and later killed along with five other members of her family, right in front of her.

“They were more than 15 men. My father in-law pleaded with them to take our money and let us live. But the men were there to kill. A group of them stripped my daughter and niece. I can still hear my daughter cry, I could do nothing. They took turns to rape them and then cut off their breasts. They lifted the breasts and banged them on the ground again and again, as the girls kept crying in pain. They then set the two on fire along with the others,” she said.

“I covered my son’s mouth so he would not make a noise. My 7-year-old broke down, but they did not harm her. They told her, ‘You wait here, all your family members are sleeping, they will take you home’. Around 15 minutes after the men left, police came… There was nothing left to even perform the last rites.”

The woman named 13 people for killing her family members. On October 30, 2007, a Godhra court convicted 11 of them of rioting and murder. An appeal was filed 2008, and the case is still pending before the high court.

“That is a huge compensation. For us, life is still a struggle,” she said on hearing about the Bilkis Bano verdict. Like the other woman, she too has received only Rs 5 lakh, for the death of her daughter.

After the Supreme Court’s decision, Bilkis Bano said she was “at peace”. “I will use this money to educate my children and give them a stable life. My eldest daughter wants to be a lawyer. Perhaps she will appear before the same court some day, to argue for justice to others. This is my prayer,” she said.