'I Fear For Our Future': Bilkis Bano's Husband on Release of 11 Convicts

Eleven men convicted for the gang-rape of a pregnant Bilkis Bano and the murder of seven of her family members walked free on August 15. 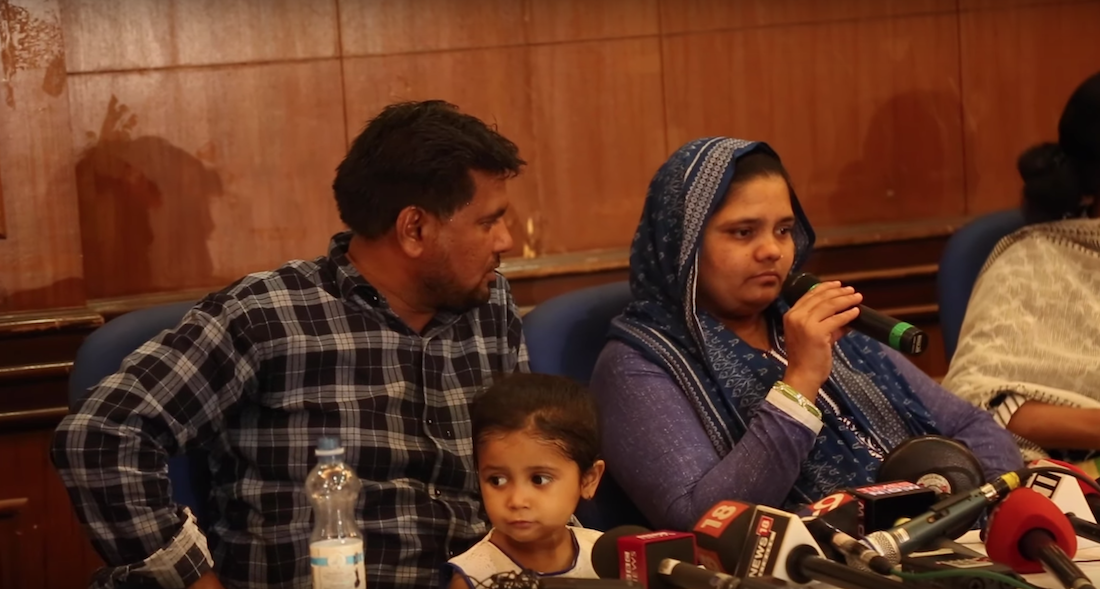 FILE IMAGE: Bilkis Bano with her husband and daughter at a press conference in Delhi on April 24, 2019. Photo: The Wire

New Delhi: Eleven of those convicted for the gang-rape of Bilkis Bano and the murder of 14 of her family members in March 2002 walked out of Godhra Sub Jail amidst India’s Independence Day celebrations on August 15, under the state’s policy of offering remission of sentences.

Bilkis Bano was 21 years old at the time of the crime. She was also five months pregnant when she was gang-raped. 14 of her family members including her young daughter were killed in the brutal attack in Dahod district.

Speaking to The Wire, Bilkis’s husband Yakub Rasul said, “Our entire house is grieving the judgement, we had no idea that this was happening. We we were not given any notice that this will be happening.”

He added, “We are now scared of what will happen. We are not sure as to what we will do now because we feel that there is no hope. There is nothing left for us to do now.”

The Union government proposed a special release policy for prisoners as part of its plan to mark 75 years of independence.

The release of rape convicts by the Gujarat government does not align with the guidelines issued by the Union, which clearly state that rape convicts are not be granted release.

Bilkis Bano’s case came to light in 2004. It was one of the first cases in the Gujarat riots investigation to be transferred out of Gujarat on the directions of the Supreme Court as Bilkis had been receiving threats at the time.

A special Central Bureau of Investigation (CBI) court in Mumbai on January 21, 2008, sentenced the 11 accused to life imprisonment on the charge of gang rape and murder of 14 members of Bilkis Bano’s family.

In 2017, the Bombay high court maintained the conviction of the accused. In 2019, the Supreme Court ordered the Gujarat government to provide Bilkis with a compensation of Rs 50 lakh, a job and a house.

Bilkis had hailed this order by the Supreme Court, stating that it had reaffirmed her faith in the judiciary.

Note: An earlier version incorrectly stated that seven members of Bilkis’s family were murdered. The actual number is 14.