While many agree that support of locals has been invaluable, and that livelihood options in Bihar are slim, there appears to be widespread fear. 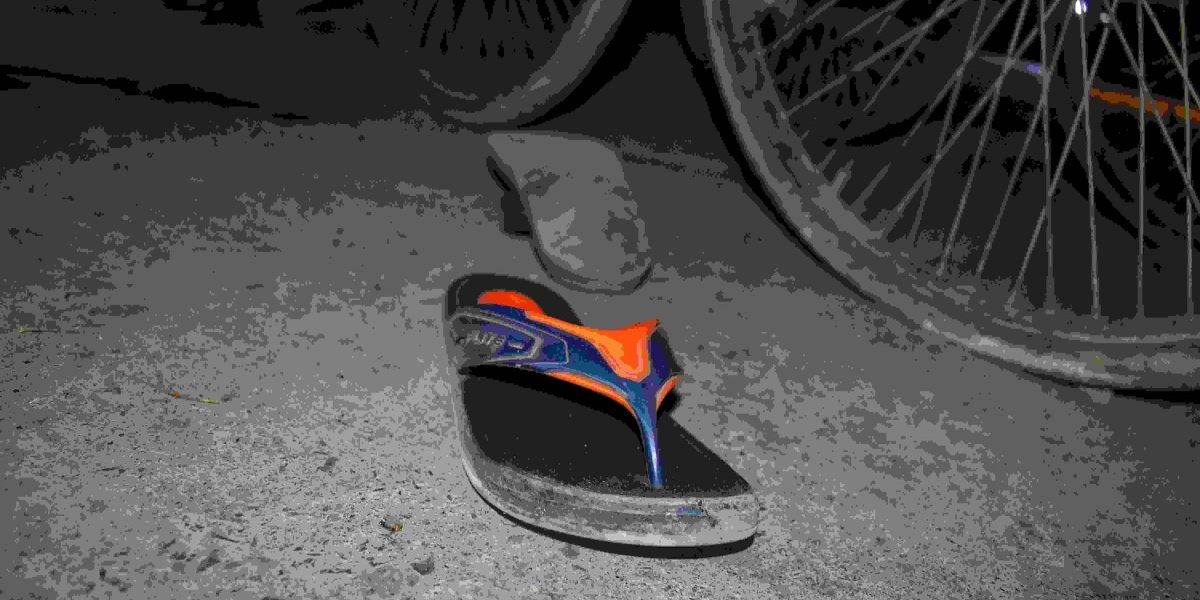 The slipper of a vendor killed in Srinagar. Photo: Faizan Meer

Patna: After three migrants were killed in the last two weeks in Kashmir, uncertainty looms large for thousands who have settled in Jammu and Kashmir to make a living.

Like the two Bihar-origin vendors who were killed, Virendra Paswan and Arbind Kumar Sah, many such migrants are from Bihar. The third non-local killed, Sagir Ahmad, is from Uttar Pradesh.

Virendra Paswan was murdered on October 5 in an area of Srinagar that comes under the jurisdiction of the Lal Bazar police station. He had been selling golgappas in the area for two years.

Arbind Kumar Sah was murdered on the evening of October 16. He was a resident of Banka. He had also been selling golgappas, in the Eidgah area of Srinagar. Ahmad was killed on the same evening as Sah, in Pulwama. 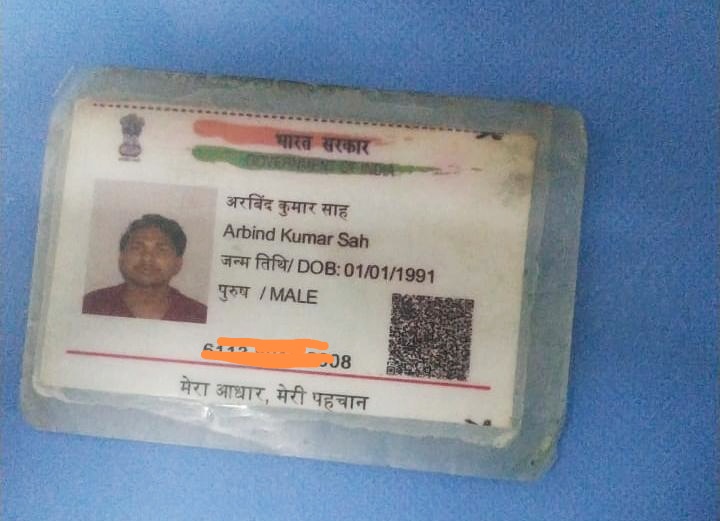 The Aadhaar card of Arbind Kumar Sah. Photo: By arrangement

“This is a new phenomenon in Kashmir and we are scared. When the first murder happened I was not scared and decided to stay here but now with the second killing, I am shocked and planning to leave for Bihar in a couple of days,” Pankaj Paswan, a migrant living in Srinagar told The Wire over phone.

Forty-five-year-old Pankaj is originally from Banka district of Bihar. He lives at Alamgari Bazar, barely three kilometres away from Eidgah where Arbind was murdered.

He shares accommodation with seven other Bihari workers. “We all are planning to leave as soon as possible,” he said. 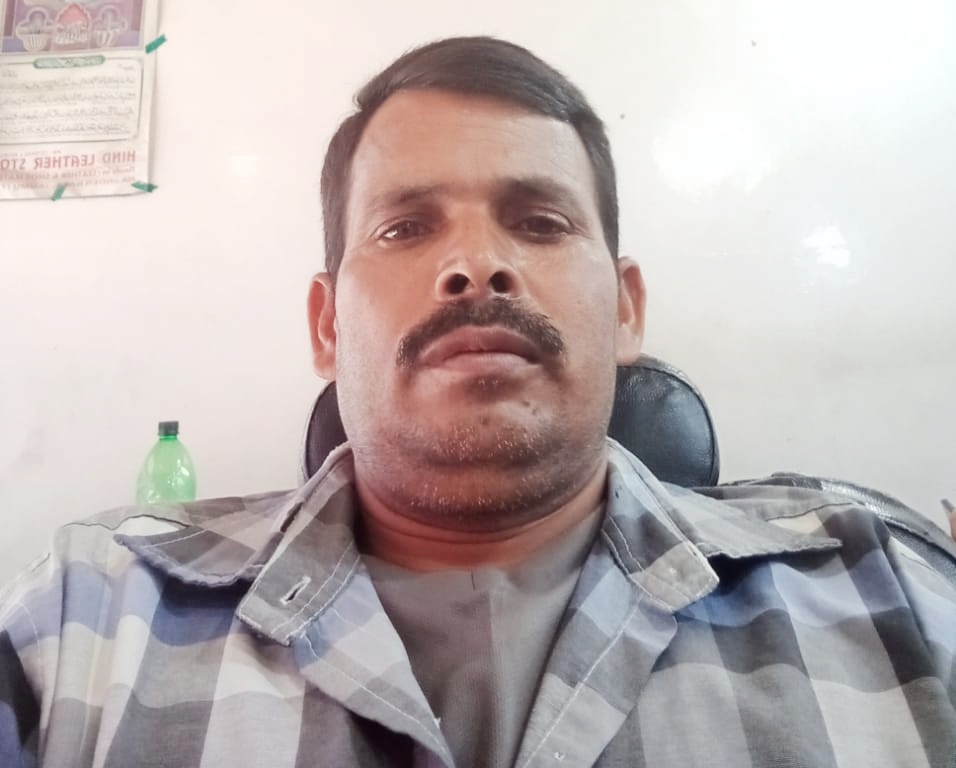 Pankaj Paswan has been selling golgappas in Srinagar for two and half decades. He wants to leave in the wake of recent killings of migrants. Photo: Special arrangement

Pankaj has been living in Kashmir for 27 years. He has four children, two sons and two daughters – all in school. Though he is leaving in a hurry, he does not have many options for earning money in Bihar. “Our livelihood and the education of my children depend on the income from J&K.”

Pankaj sells golgappas in Srinagar. After the murder of Virendra Paswan, the administration has instructed shopkeepers not to keep shops open till late in the evening.

Earlier, he used to open the shop at noon and keep it open till 10-10.30 pm in the night, but now he closes up in the early evening.

“There is fear in everyone’s minds after the attacks on migrants, but still, people are working. We are more vigilant after the murder of Virendra. We are making sure to return back early in the evening,” he said.

Pankaj says that he has seen worse conditions while living in Kashmir, but the situation is much better now. However, earlier, he used to live with his wife and children in Kashmir. But now he doesn’t.

“I had kept my family here for 10-12 years. When militant Burhan Wani was killed in an encounter in 2016, the situation worsened. At that time we had run away from here with our children. I haven’t brought them here since then. I live here alone,” he says.

Thousands of migrants live in different parts of Jammu and Kashmir. Biharis are a large population among them. The biggest reason for Biharis going to Jammu and Kashmir for employment is the possibility of handsome earnings in the valley. There are not many job opportunities in Bihar except through MGNREGA and farm labour. As a result, people of Bihar migrate to different parts of the country.

According to a study by the International Institute for Population Sciences, 50% of Bihar’s households are exposed to migration.

“Here (in Kashmir) I am earning Rs 1,000-1,200 per day by selling golgappas. There are very few sellers here, so the earnings are high, otherwise who wants to leave his wife and children and live alone?,” asks Pankaj.

‘No employment opportunities in Bihar’

Pankaj is landless. When he goes to the village, he engages in the fish business.  He buys fish from Bhagalpur fish market and sells it in the local market. But, the money is much less. “It is difficult to earn even Rs 400 by selling fish. I earn more than three times in Kashmi compared to income from fish selling,” he says.

Now as he is adamant to leave for his village, he will have no other option but to survive on meagre income from daily labour or by selling fish in the local market.

Rahul Kumar, 22, a resident of Bhagalpur, was only 15 years old when he went to Kashmir. He has been working in an ice cream factory in Pampore for the last seven years. He said, “These deaths are sporadic incidents. Despite this I am a bit afraid. But, I am not going to leave Kashmir.”

Vinod Mahto is also from Bhagalpur and he has been selling ice cream for 14 years in Srinagar. He told The Wire over phone, “Strikes, stone pelting, attacks on forces etc. were frequent in Kashmir, but no Bihari was ever killed. These incidents have started worrying us.”

Most of the people selling ice cream in Kashmir are from Bihar. They sell ice cream till October and they return home for winter until March-April.

Vinod lives in Pampore  with dozens of Biharis. Some of them sell ice cream and some are in other businesses. Vinod said, “Earlier, people had planned to go by 10-15th of next month, but now they want to go early. They will come back if things return to normal by March-April next year.”

However, they are also worried about what they will do in Bihar if they do not return to Kashmir.

After the death of Burhan Wani, he too had to return to Bihar. He said, “At that time I was at home for six months. During that time wages were available for only 10-15 days in a month. It was very difficult to survive on that meagre income, so I came to Kashmir after six months only.”

‘Local people helpful, they stand by in difficult times’

Pankaj Paswan, while talking about the fear after targeted killings of migrants, did not forget to mention how local residents, especially Muslims, help them.

“There are more Muslims compared to Hindus, where I live, but never felt alienated. If someone falls ill here and does not have money, the local people arrange money in two-four hours,” Pankaj said.

He also mentioned the four-month long lockdown last year and the help he got from local people. Pankaj was in Jammu and Kashmir during the time.

“Last year when COVID-19 came and the lockdown was imposed, there were no people from Bihar in the house. Local Muslims provided us with rations for four months so that we could survive,” he added.

“Our landlord is a Muslim. He had given four sacks of rice in lockdown. He even told us that they would help if we were short of money, but that we must not leave the valley,” Pankaj said.

He also said that after killings of migrants the local Muslims are also empathetic. “They are saying that they are unable to understand why this is happening…this had never happened in the past, ” he said.

Vinod Mehta also shares a similar experience. “Local people are extremely helpful and kind hearted. If someone says that the common people here are bad, then it will be wrong. When Virendra died, a large number of local people had gathered and all were saying that he should not have been killed.”

“The local people behave very well. When I go to the villages to sell ice cream, even the local people who don’t know me stop and offer me tea and sometimes even ask for food,” Vinod told The Wire.

This is not the first time that Bihari workers have struggled with the situation in their place of work. Earlier, they had to flee from Gujarat when anti-Bihari violence had erupted after a rape case.