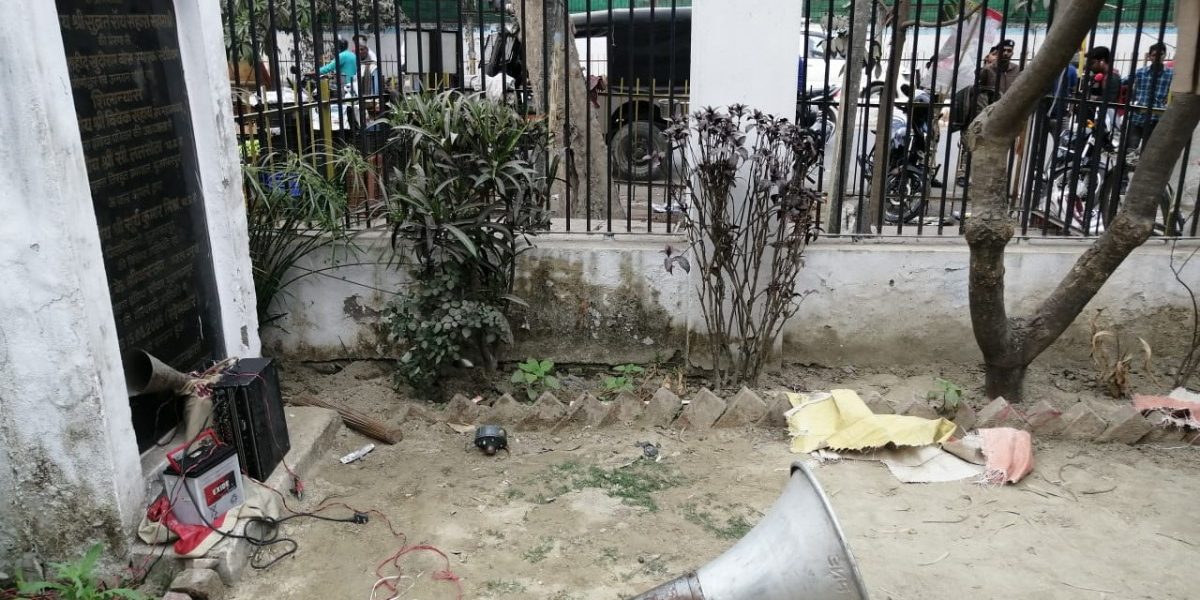 A protest venue of those opposed Central farm laws was attacked by armed men in Bihar's Muzaffarpur on Tuesday, February 16, 2021. Photo: Special arrangement.

Muzaffarpur: A group of men – believed to be from Hindu fundamentalist groups – armed with sticks attacked a protest site in Muzaffarpur town of Bihar on Tuesday, which has been seeing continuous demonstrations for over two months against the Central farm laws. At least five people were injured, and were shifted to a local hospital.

The attack took place two days after Rashtriya Swayamsevak Sangh (RSS) chief Mohan Bhagwat’s programme in the town. Mohan Bhagwat had inaugurated a new building of the Sangh in Muzaffarpur on February 14. During another programme in the district, Bhagwat, while speaking on Indian agriculture, had exhorted farmers to adopt traditional farming methods.

People have been congregating at the said protest site under the banner of All India Kisan Sangharsh Coordination Committee since December 10 in Shaheed Khudiram Bose Memorial premises, located near the Company Bagh and district magistrate residence in Muzaffarpur.

Also read: As a Desperate Government Hides Behind ‘Toolkit’ Hysteria, the Farmers’ Movement is Intensifying

Every day people would gather at the venue at around 11 am, and protests continued until 4 pm. On normal days, 50-60 people, and sometimes more than 100, would gather, as representatives of various farmers’ unions educated protesters about the problems with the Central farm laws.

Due to Saraswati Puja on Tuesday, there were fewer people at the venue. According to the protesters, the attackers took advantage of this.

Yunus, 79, a social worker who has been involved in the demonstrations since the beginning, told The Wire, “Local social worker Mohammad Akeel was addressing the dharna. Suddenly around 3.35 pm, 15 to 20 people entered the memorial with sticks in their hands. At first, they broke the two horns which were put outside the premises. After this, they reached the dharna site and started pulling at the carpet and damaged it. Another person snatched the mic. We thought maybe he wanted to say something in support of farmers, but he started threatening people.”

“He asked where we had taken permission to stage a protest from. We said that there is no need to ask anyone to sit here. Then they started scuffling with people. They were constantly saying, ‘Farmer leader Rakesh Tikait abuses Bajrangbali and you are abusing Hanuman here.’ They said that if we gathered here again then they would beat us up,” recalled Yunus.

The armed men started punching elderly people who were present at the venue. Chandeswar Prasad Chaudhary (71) and Shambhu Sharan Thekur (68) are among those who were injured. 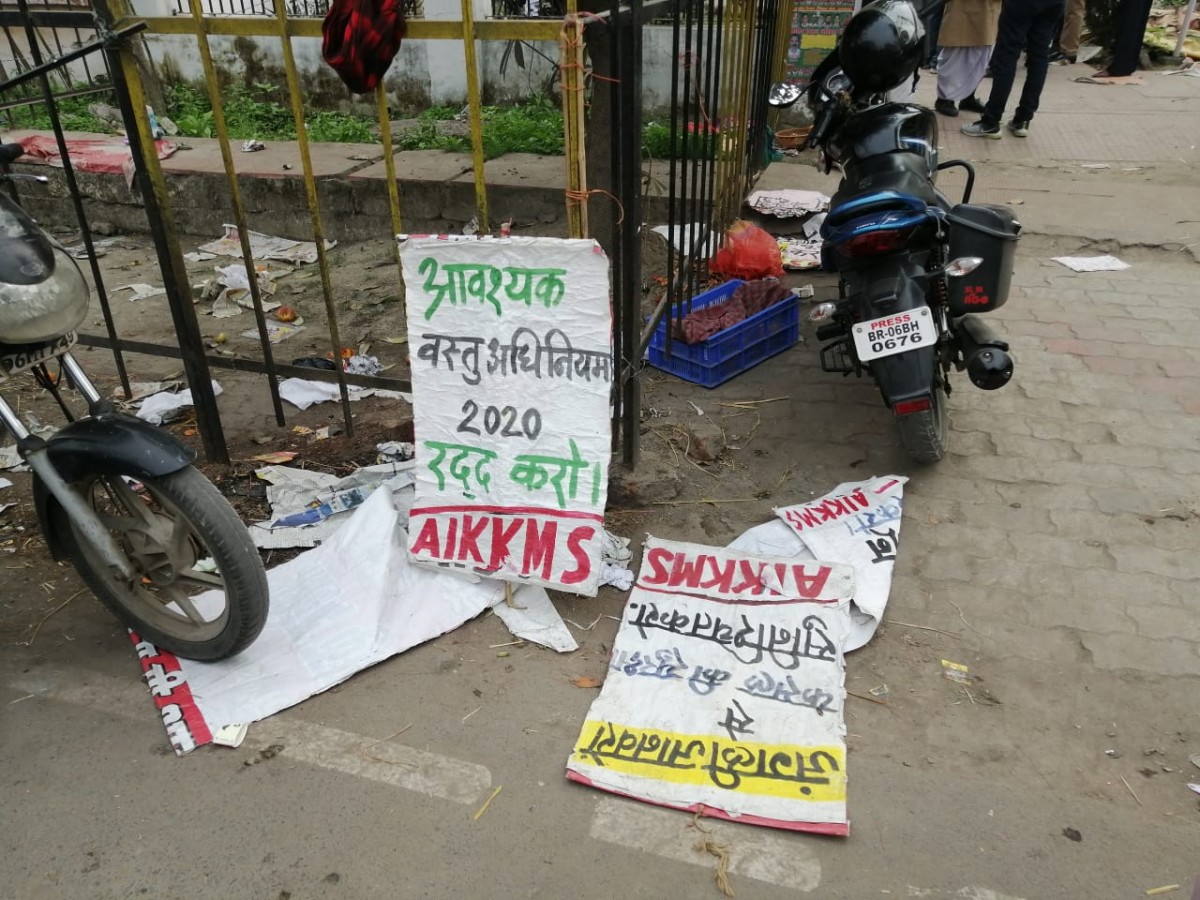 Chaudhary said the attackers also destroyed placards and the sound system at the venue, and police have filed a first information report (FIR) at the local police station. Protesters said they have video evidence to corroborate their claims of armed men beating them up and creating pandemonium at the venue.

When the commotion took place, a large number of local people gathered there, who said that they had seen attackers shouting slogans of Bajrang Dal and Vishwa Hindu Parishad. The gathering of locals appeared to put off the entrants and they left.

Inspector Omprakash of the Town Police Station told The Wire that a complaint has been lodged against 20 unidentified people for attacking the people who participated in the demonstration.

“People involved in the strike have video-recorded the incident. If they give us the videos, then we will identify and arrest the attackers,” he said, and added that security would be provided at the protest site in the wake of the attack.

There have been several protests in Muzaffarpur and across Bihar since farmers launched their agitation in November 2020 on Delhi borders. Some of them even turned violent. Left parties’ march to Rajbhawan in Patna was met with lathicharge.

Opposition parties in the state are planning to march to the legislative assembly on February 19, when the assembly session begins.