CM Devendra Fadnavis told the assembly that the government will set up a police committee to investigate the serious cases. While a total of 622 cases were registered, around 350 of them were related to serious offences. 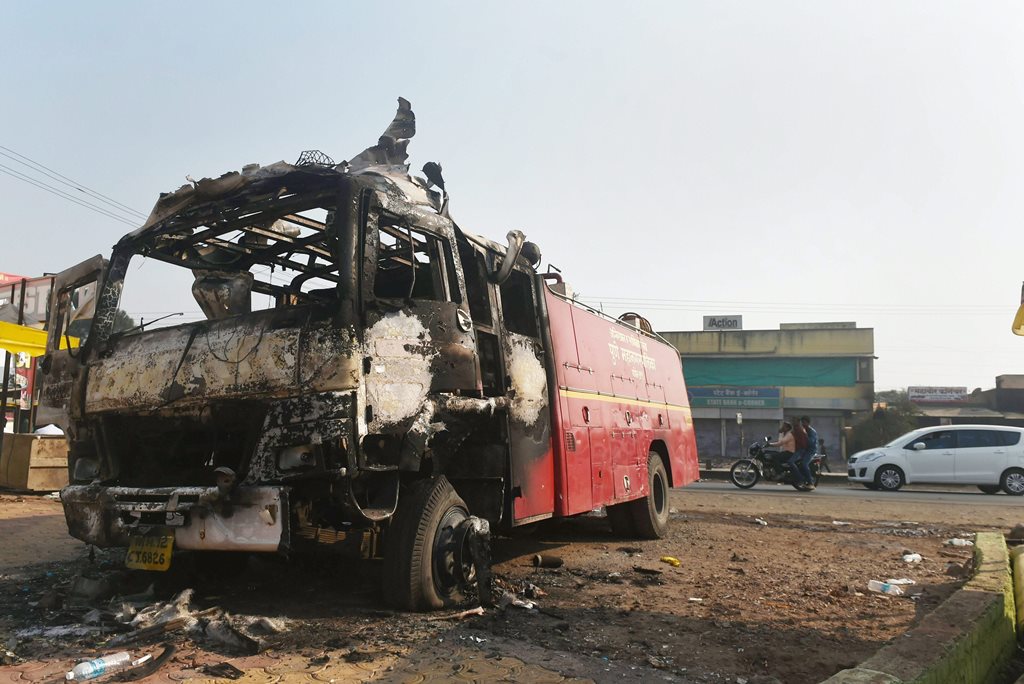 Mumbai: Maharashtra Chief Minister Devendra Fadnavis today announced withdrawal of all cases, except serious ones, in connection with the violence at Bhima Koregaon in Pune district on January 1 this year.

Property loss of Rs 13 crore was reported from Bhima Koregaon, Vadhu, Sanasgaon and some other villages in the vicinity, he said, adding that compensation will be paid to those whose properties were destroyed or damaged.

“We will form a committee under Additional Director General of Police (Law and Order) to assess serious offences that were committed during the episode,” he said.

Violence erupted when thousands of Dalits were visiting a war memorial at Bhima Koregaon on January 1 this year. Some pro-Hindutva outfits had opposed the celebration of the 1818 battle at Bhima Koregaon.

While a total of 622 cases were registered, around 350 of them were related to serious offences, the chief minister told the upper house of the legislature.

As many as 1,119 people were arrested, he said, adding that seventeen cases were registered under the Scheduled Castes and Scheduled Tribes (Prevention of Atrocities) Act and 2,053 people were taken into preventive custody.

“The government will not withdraw the cases against history-sheeters who took advantage of the situation and indulged in looting,” the chief minister said.

The chief minister denied the opposition’s allegation that the government didn’t act immediately against Milind Ekbote, chief of Samasta Hindu Ekta Aghadi, after the violence and allowed him to roam free. Pune police have registered a case against him and another leader, Sambhaji Bhide, for allegedly inciting the violence.

“The police raided all hotels and lodges in Pune and Kolhapur in search of Ekbote. Combing operations were conducted, Ekbote’s followers were detained and more than 100 call records were examined to track down the accused. However, they failed to locate him,” Fadnavis said.

“In the meantime, Ekbote secured anticipatory bail from the Supreme Court,” he said, adding that the Attorney General would be seeking permission from the apex court for his arrest and custodial interrogation.

Congress’s group leader in the Council Sharad Ranpise said Ekbote had addressed a press conference two days before the violence, but no action was taken against him.

The administration can not get away with such negligence, he said.

Fadnavis assured that those responsible for negligence will be dealt with strictly.

Referring to another issue raised by Ranpise, Fadnavis announced that the state government will take control of the Samadhi (memorial) of Chhatrapati Sambhaji at Vadhu.

Ranpise had alleged that Ekbote’s organisation had taken control of the Samadhi.

When NCP’s Sunil Tatkare asked whether the government will take action against Sambhaji Bhide of Shiv Pratishthan, Fadnavis said, “Those responsible for the violence will have to face action regardless of their caste, religion and ideology.”

Leader of Opposition Dhananjay Munde alleged that after the violence, some women were harassed during the combing operations in Aurangabad (to arrest rioters), and demanded inquiry.

Dalits commemorate the victory of East India Company forces over Brahmin Peshwa’s army at Bhima Koregaon in 1818, as the British forces included a contingent of Mahars, then considered an untouchable community.