On Friday, a court in Pune had rejected the bail pleas of Bharadwaj, Arun Ferreira and Vernon Gonsalves. 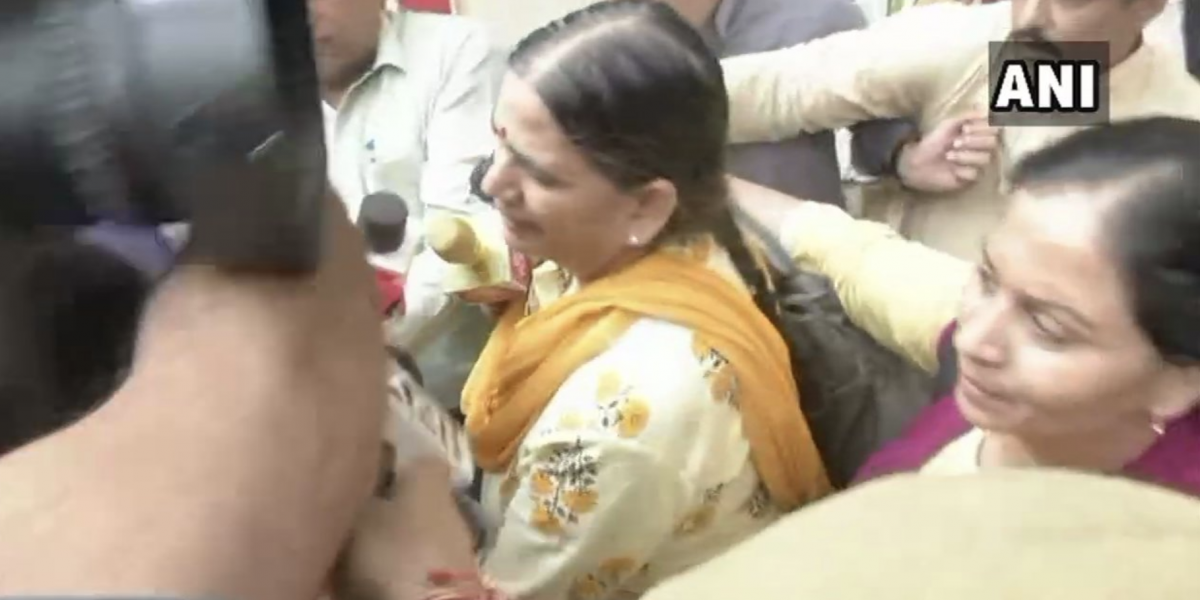 Sudha Bharadwaj being taken into custody on Saturday. Credit: ANI/Twitter

New Delhi: The Maharashtra police took lawyer and human rights activist Sudha Bharadwaj into custody from her home in Faridabad on Saturday, ANI reported. Later in the day, a Pune sessions court sent her to police custody till November 6.

According to The Hindu, police reached Bharadwaj’s house around midnight last night. The police could not take her into custody then as the law does not permit a woman’s arrest after sunset, said Bharadwaj’s lawyer Shalini Gera.

The Supreme Court had ordered that Bharadwaj, Ferreira and Gonsalves be kept under house arrest until October 26, during which time they could approach the lower courts for bail. The apex court’s directions expired on Friday.Of the five activists arrested on August 28 – Sudha Bharadwaj, Gautam Navlakha, Varavara Rao, Vernon Gonsalves and Arun Ferreira – only Navlakha has managed to get the transit custody sought by the Maharashtra police quashed.

According to sources, the police were fully prepared to arrest the two activists and as soon as the high court order was passed, they reached their residences (Gonsalves in Andheri and Ferreira in Thane) and took them into custody.

Review petition by Romila Thapar and others rejected

At the Supreme Court,  a bench comprising Chief Justice Ranjan Gogoi, Justice A.M. Khanwilkar and Justice D.Y. Chandrachud rejected the review petition filed by historian Romila Thapar, economists Prabhat Patnaik and Devaki Jain, sociologist Satish Deshpande, and senior human rights activist Maja Daruwala. The court had earlier dismissed the petitioners plea that a special investigation team look into the case but had given the activists a measure of interim protection.

While delivering the original order, Justice Chandrachud had strongly disagreed with the then CJI Dipak Misra and Justice Khanwilkar, saying that the Maharashtra police’s actions thus far were questionable and it could not be trusted to fairly investigate the case.