The Dalit rights activist, accused in the 2017 violence in Saharanpur and booked under the NSA, was to be released on November 1.

Credit: Citizens for Justice and Peace

New Delhi: Bhim Army chief Chandrashekhar Azad, who has been in jail since June 2017, was released early Friday morning. According to Hindustan Times, hundreds of Bhim Army supporters gathered outside Saharanpur jail as their leader walked out, and raised slogans of ‘Bhim Army Zindabad’ and ‘Chandrashekhar Zindabad’.

“The state government misused government machinery,” Azad reportedly said upon his release. “I will continue my fight for marginalised people against injustice.”

The Uttar Pradesh government had booked Azad under the National Security Act (NSA) on November 2, 2017, a day after he was granted bail by the Allahabad high court. The NSA would have lapsed on November 1, 2018.

Saharanpur: Bhim Army Chief Chandrashekhar alias Ravan being welcomed by his supporters after coming out of prison where he was jailed under NSA charges in connection with the 2017 Saharanpur caste violence case. Uttar Pradesh government ordered his early release yesterday pic.twitter.com/UdpLqAJB2W

The state’s decision to release Azad ahead of time was announced on Thursday, and according to a statement released by the government, it was taken based on a plea filed by Azad’s mother, Kamlesh Devi.

Along with Azad, two others, Shivkumar and Sonu, who had been booked under the NSA for their alleged role in the violence that took place in Shabbirpur, a village in Saharanpur district, in May 2017, will also be released prior to the NSA lapsing.

“I am very happy that the government has decided to hear my plea. Although, it took them more them over a year to listen to us,” Kamlesh Devi told The Wire.

The NSA allows the state government to detain any person it feels poses a ‘threat to the security of India’ or could ‘disrupt public order’. Its application is to be renewed every three months if the government is of the opinion that the person continues to be a threat. The application of NSA on Azad was last renewed in July and would have lapsed again in November. 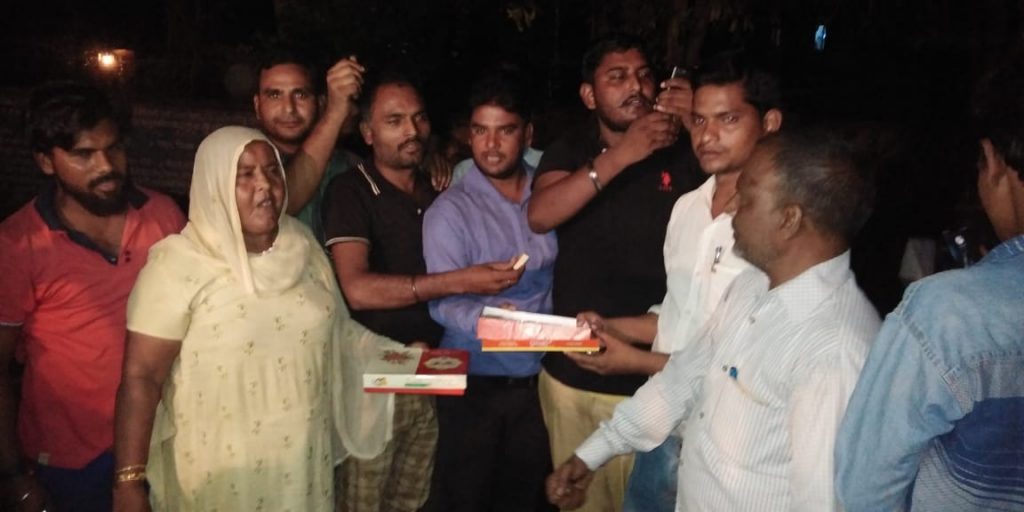 “This is a victory for us and the confidence that people had in Chandrashekhar Azad. I also appeal to people to celebrate this occasion but abide by the constitutional values that we stand by,” said Kamal Walia, district president, Bhim Army, Saharanpur.

Violence broke out in Saharanpur last year after tensions had began in April over the installation of a Ambedkar statue in Shabbirpur. The Dalits wanted the statue to be installed in the Ravidas temple in the village and the dominant Thakur community objected. The police urged the Dalit community to not install the statue in the ‘interest of peace’.

On May 5, 2017, the Thakur community took out a procession commemorating Maharana Pratap. The Dalit community objected because the “DJ was too loud”. This led to violence as a mob armed with swords, thick bamboo sticks, country-made revolvers and bottles filled with petrol ransacked the Dalit ghetto of the village, burning down 55 homes. Several Dalits were grievously injured. One member of the Thakur community died. Five Dalits were booked for murder.

A few days after the violence, the Bhim Army – a small and relatively unknown Dalit social organisation at the time led by Azad – called for a mahapanchayat in Saharanpur town to protest against the violence in Shabbirpur. The police denied them permission and the protest turned violent as vehicles were set ablaze, stones were pelted and a police post was damaged.

Cases were registered against almost every known member of the Bhim Army, and they rose to national prominence while in hiding. Its founder, Chandrashekhar, a lawyer from the village of Chhutmalpur, gained the status of a young Dalit icon, and the Bhim Army became a symbol of Dalit assertion.

In June, Chandrashekhar was arrested along with several other members of the Bhim Army. The five Dalits from Shabbirpur charged with murder had already been arrested earlier.

On October 15, two of the five charged with murder were booked under the draconian NSA. A couple weeks later, on November 3, Chandrashekhar too was booked under the NSA, a day after he had been granted bail by the Allahabad high court on the charges that the police had filed.

Note: This story has been updated to reflect Chandrashekhar Azad’s release from Saharanpur jail on the morning of September 14.