Controversial Cop Kalluri Sent on Medical Leave But Will It End Lawlessness in Bastar?

Given the scale of rights violations in Bastar, the government’s decision to send Kalluri on leave looks more like a way of avoiding effective action against lawlessness there. 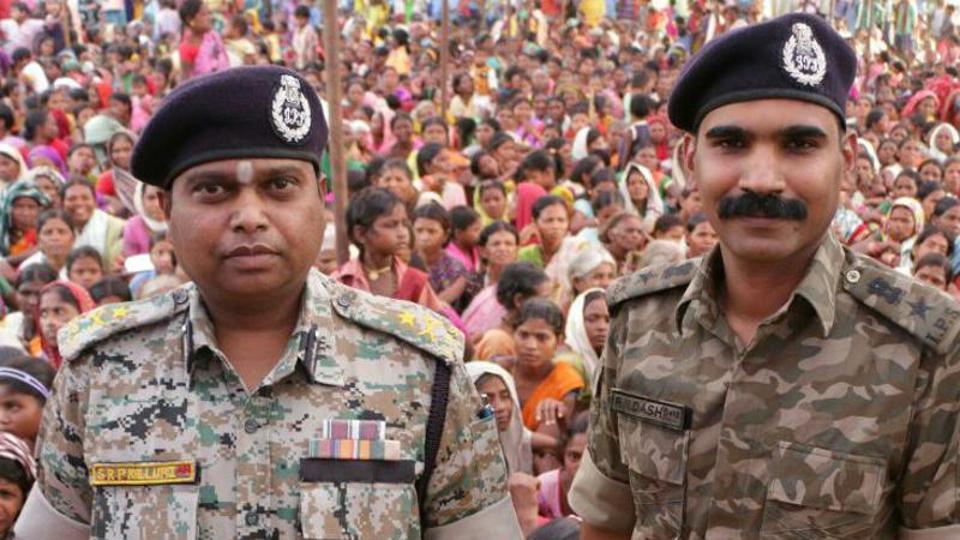 New Delhi: In a string of administrative decisions on February 1, the Raman Singh-led BJP government in Chhattisgarh appointed 2003 batch IPS officer P. Sunder Raj as deputy inspector general (DIG) Bastar and sent the controversial S.R.P Kalluri, inspector general (Bastar range), on indefinite medical leave. This is a significant development as the clamour against Kalluri’s alleged involvement in a series of human rights abuses in adivasi-dominated Bastar has generated a lot of attention of late.

Speaking of his leave, Subodh Singh, the chief minister’s secretary told the media, “Due to health reasons, IG Bastar S.R.P. Kalluri applied for leave which was sanctioned by the government.”

Most recently, Kalluri was accused by human rights activists to have orchestrated the attack on academic and researcher Bela Bhatia, who, along with lawyer Shalini Gera, played a crucial role in getting a number of women who had been raped – allegedly by the Chhattisgarh police personnel – to file FIRs. Bhatia was threatened and her house was attacked after the National Human Rights Commission (NHRC) issued a strong notice to the Chhattisgarh government to take action against the accused policemen.

Kalluri – who enjoyed immense impunity under the BJP-led government – was named by activists and journalists alike as the kingpin of all recent human rights abuses against adivasis in Bastar. He was also alleged to have patronised a large number of vigilante groups like the Samajik Ekta Manch and Agni, which are ostensibly civilian anti-naxal associations – but often were found threatening civil society activists with police backing.

While such lawlessness in Bastar was constantly pointed out by innumerable human rights groups – both from Bastar and outside – the Chhattisgarh government had kept conspicuously silent. The impunity with which Kalluri worked in Bastar was one of the reasons civil liberty groups found the Raman Singh government complicit in many alleged state-perpetrated crimes which were reported in the last three years.

In an unprecedented development a few months ago, the police came out openly to protest against activists at various places in Bastar. The Bastar police also came under criticism when it filed charges of murder against Delhi based academics Nandini Sundar and Archana Prasad and also political activists Vineet Tiwari and CPI(M) leader Sanjay Parate. Later, the wife of the murdered villager denied the involvement of any of these people, putting the Bastar police in an embarrassing position.

Sundar and her team had visited Bastar in May, 2014, for a fact-finding report on reported human rights abuses. The charge of murder was largely seen as a vindictive reaction by police, who were found to be committing many crimes in the fact-finding report. Sundar was also instrumental in getting the infamous armed vigilante group Salwa Judum banned by the Supreme Court in 2011.

Similarly, in the last two years, journalist Malini Subramaniam and the Jagdalpur Legal Aid Group’s (JLAG) team of women lawyers – Shalini Gera and Isha Khandelwal – were intimidated on several occasions, which eventually forced them out of Bastar. While Subramaniam wrote a series of reports on police atrocities against adivasis in Bastar for the website Scroll, the JLAG often took up cases of adivasis who were at the receiving end of alleged police brutalities.

Human rights groups and journalists working in Bastar have almost consensually stated several times that this systematic hounding of activists was allegedly done at the behest of Kalluri.

The criticism against Kalluri gained legal traction when the CBI, in October 2016, accepted before the Supreme Court that security forces had burnt down three villages – Tadmetla, Morpalli and Timmapuram – of Bastar in March 2011. The CBI deposition directly contradicted Kalluri’s claim that the Maoists were to blame for the arson.

More recently, the NHRC summoned Kalluri to “to explain the allegations of hostility and abuse of power against human rights defenders,” in November last year, while referring to the murder case against Sundar and her colleagues. However, Kalluri avoided appearing before the NHRC by citing ill-health.

More recently, when a Delhi-based lawyer Pyoli Swatija wrote to him on his phone to ensure Bela Bhatia’s safety, Kalluri abusively replied with a terse “F u”. He also said, “Naxals will be kicked out of Bastar.”

This is how Chhattisgarh IG SRP Kalluri responds to queries on an activist’s safety. @PMOIndia pic.twitter.com/pCGqy0TusJ

The People’s Union for Civil Liberties state president, Lakhan Singh, has recently, also sent a list of his alleged extra-legal activities to the media, blaming the state government for its inaction.

Are there enough reasons to celebrate?

Such incidents and the constant summoning by NHRC and courts in cases of alleged fake encounters had pushed the Chhattisgarh government on the back foot. Yet, the decision to send Kalluri on medical leave is only a minor victory for human rights groups who have been trying to build pressure on the Chhattisgarh government – both nationally and internationally – to act against the dismal state of affairs in Bastar.

The attack on Bela Bhatia mobilised a huge section of influential people against the Chhattisgarh government. For the first time, chief minister Raman Singh gave an appointment to a critical academic and activist like Bhatia and promised to ensure her safety. However, the measures taken by the state government are still far from ideal. Replacing Kalluri with Sunder Raj, who has an equally poor record of conducting investigations against police brutality, seems more like a cosmetic step – a face-saving measure, activists said.

“The government has taken a very small step in sending Kalluri on leave rather than suspending him and initiating an enquiry,” said an activist who declined to be named.

Bilaspur-based lawyer Sudha Bhardwaj had told The Wire a week ago, “It [the state government] has made no efforts to punish those policemen who committed sexual crimes in Bastar. The government should – by taking exemplary action – make it clear to all, that anti-Maoist operations are fine but sexual atrocities on adivasi women is a strict no-no.”

Human rights groups said that unless the state government makes a sincere effort to engage with the problems in Bastar and alter its solely security-centric policy towards conflict, a superficial change like transferring an official will not achieve any greater good.

For instance, Kalluri, who was Dantewada’s senior superintendent of police in 2011, was transferred to northern Chhattisgarh for not making enough security arrangements for Swami Agnivesh and his convoy. Agnivesh was attacked brutally by Salwa Judum’s SPOs when he tried visiting the villages torched by the security forces. Most Bastar residents alleged that Kalluri could have had a hand in orchestrating the attack.

Despite this, the controversial police officer was brought back with a promotion as inspector-general of police (Bastar range) in 2014 for anti-Maoist operations.

Kalluri’s replacement, Sunder Raj is known to have an equally poor record in conducting investigations against alleged police brutalities. Many activists have also alleged that he too has resorted to intimidating and threatening human rights activists in the past.

Given the scale of rights violations in Bastar, the government’s decision to send Kalluri on leave looks more like a way of avoiding effective action against lawlessness there.

Nevertheless, Kalluri’s exit has prompted some celebration among rights activists. In a statement on February 2, Women Against Sexual Violence and State Repression (WSS) – which documented the rape cases in 2015-16 – welcomed the state government’s decision with caution.

“WSS will continue to mobilise public attention while pursuing our complaints and submissions in cases currently before the NHRC,” said the WSS in a press statement. It also asked the government to “recommend immediate suspension pending an independent enquiry into the actions of Mr S.R.P. Kalluri (IGP Bastar Range), Mr R.N. Dash (SP Bastar) and Mr I.K. Elesela (SP Sukma), formerly ASP Bijapur, who headed operations in Bijapur district in 2015-2016 during which Adivasi women were subjected to sexual and physical violence by police personnel.”