Bangladesh Set to Expand Dual Citizenship, But With Restricted Rights

A draft Bill in Bangladesh that has been criticised for creating ‘second-class’ citizens is similar to current policy in India and proposed laws in Pakistan. 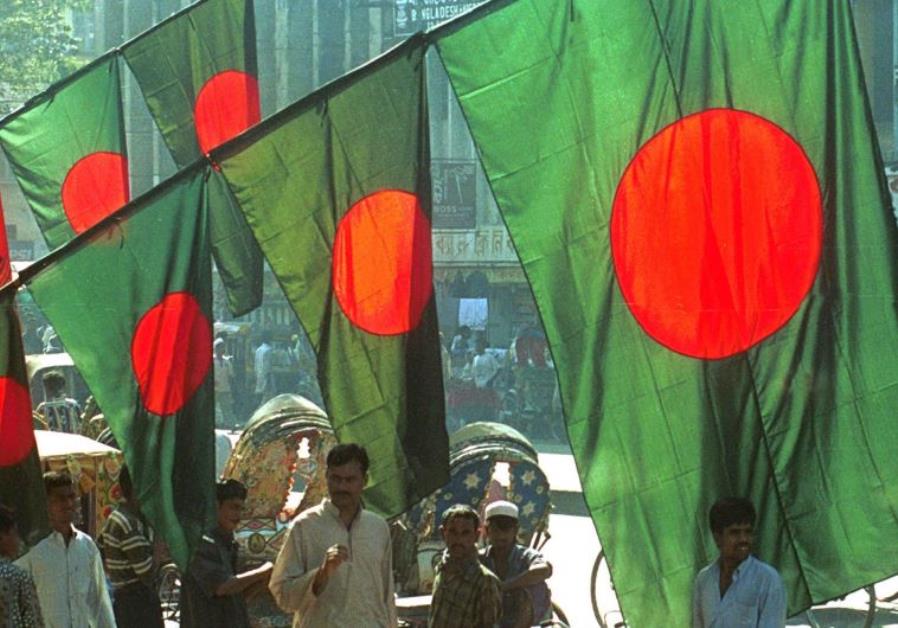 Dhaka: The Bangladesh government has drafted a new law that will restrict the political and employment rights enjoyed by hundreds of thousands of Bangladeshi citizens, mostly dual nationals.

The draft Bill was agreed on at a cabinet meeting a year ago, but has yet to come before parliament.

Although the proposed law has come under scathing criticism from Bangladeshi lawyers and civil society activists who argue that the provisions are unconstitutional and detrimental to public policy, its restrictions on the rights of dual nationals reflect similar laws in India which limit the rights of expatriates.

The Bangladesh draft Bill proposes five main pathways by which a person can acquire Bangladeshi citizenship.

The main route involves those people who are both born in Bangladesh and have an existing Bangladeshi parent. This so-called ‘citizenship by birth’ is the means by which most Bangladeshis in the future will become citizens.

The proposed law also allows, under certain conditions, any person married to a Bangladeshi citizen or any person who has lived in Bangladesh for a long period of time to acquire citizenship and allows the government to give honorary citizenships.

However, under the new law, it is only those people who became ‘citizens by birth’ who will have full political and employment rights

The rights of all the other categories of citizenship are restricted. They will not be able to get a job in the country’s civil service, work for any law enforcement agency, seek employment in the army, navy or air-force, or indeed become appointed as a high court judge.

In addition, they will be prohibited from ‘involvement’ in any political party and will not be allowed to seek election as an MP or for any local government position.

This will particularly effect those who are, or will become, dual nationals – estimated to be around one million people.

The proposed law also adds an additional restriction specifically on ‘dual nationals’ who will not be allowed to take up any ‘statutory’ position, for example as a commissioner under the National Human Rights Commission Act 2009 or the Anti-Corruption Act 2004.

The Bangladesh government has not provided a detailed justification for the proposed restrictions on the rights of citizens who have not acquired their citizenship by birth in Bangladesh.

Since 1978, Bangladesh law has allowed the government to grant citizenship to any person who is already a citizen of a European or North American country and – except for a constitutional provision that does not allow dual nationals contest for a parliamentary election – at present they have full rights. The proposed draft law, however, will allow citizens of all countries except Mynamar and the SAARC countries to become dual nationals – and the restriction may be the quid pro quo for extending dual citizen rights.

But how can the government justify a very limited set of rights for a particular category of citizens?

Restrictions on dual nationals are often justified because of concerns over their ‘loyalty’.

In a 2001 Bangladesh high court case which concerned the application of the only existing restrictions on rights of dual nationals – a constitutional prohibition on being an MP – the court set out the public policy rationale in this way:

“Parliamentarians, while acting as trustees and the chosen representatives of the people, take decisions  which are often of  grave consequence for the protection of the economic, political and over-all national  interests of the people of Pakistan. In other words, theirs is a fiduciary duty of the highest order. …..

It should be obvious that holding dual citizenship is likely to  create situations for the holder where he faces a conflict of interest in the discharge of fiduciary duty to the people of Pakistan. The conflict of interest is particularly evident when the acquisition of foreign citizenship entails taking an  oath of allegiance to the foreign state and renunciation of  allegiance to Pakistan.”

In an age when citizenship has less to do with loyalty to a state and more to do with practical living arrangements, these arguments seem very outdated.

Moreover, the proposed restrictions in the Bangladesh law go much further than prohibiting dual nationals from taking part in parliamentary elections, and it is difficult to see how similar concerns about loyalty and conflicts of interest apply to wider employment and political rights which are also proposed to be restricted. Indeed, at least one high court judge and many members of political parties in Bangladesh are reported to have dual citizenship, and carry out their work without controversy.

Criticisms of the restrictions

Apart from the lack of justification for the restrictions, many Bangladesh lawyers have argued that the creation of a ‘second’ class of citizens, subject to restrictions simply because they were born outside Bangladesh, would fall foul of constitutional protections and freedoms that all citizens are entitled to enjoy.

It is argued, for example, that the restriction would be in breach of article 28 of the country’s constitution, which prohibits discrimination “against any citizen on grounds of … place of birth”.

Lawyers also claim that the employment restrictions in the proposed law could well be contrary to Article 40 of the constitution, which guarantees “freedom of profession and occupation’ to every citizen – though this right is subject to ‘any restriction imposed by law”.

The restrictions have also been criticised on the grounds of bad public policy, since they would inhibit the expatriate Bangladesh community, from whose foreign investments and remittances the country gain significantly, from engaging fully with Bangladesh. Nazrul Khasru, a British-Bangladesh lawyer, has argued that:

“It is basic economics which determines that these Bangladeshis should be actively encouraged to retain their link with their motherland. The most obvious way is by having a state policy which relentlessly hammers in the message that all Bangladeshis abroad will remain Bangladeshis for generations to come with the same rights and obligations as other Bangladeshis living at home. It is almost impossible to find a sustainable argument that dictates against that.”

“The Bangladeshi diaspora overseas has been maintaining a close connection with their family-members left behind home. The so called ‘non-resident Bangladeshis’ including the temporary migrants as well as the dual citizens of Bangladesh resident abroad are a significant source of foreign investment in Bangladesh and of a huge number of foreign remittances. If these people are allowed to be citizens of Bangladesh only in name, they will more likely than not to be discouraged to contribute to the development of Bangladesh.”

Situation in India and Pakistan

However, when considering such public policy arguments, it is important to note that India also imposes restrictions on the rights of its large expatriate population.

Indian law does not allow dual citizenship. However, since 2005, ‘Persons of Indian Origin’ have been allowed to register as overseas citizens, though a law prohibits them from becoming the president or vice president of the country, being elected to the national or state parliaments, registering as a voter, being appointed as a judge of the Supreme Court or a high court or gaining employment in any public service.

Whilst these restrictions are not as extensive as the Bangladesh proposals – since Indian law does not prevent expatriates from ‘involvement’ in political parties or from local government elections – they are in the same ballpark.

Pakistan law at present is more liberal in that it allows dual nationals to be employed by the civil service and appointed as high court judges. However, dual citizens cannot be employed in the military and, in 2015, a Senate committee approved a Bill that that would have amended the constitution preventing dual citizens from employment in the civil services or appointment as high court judges, though these particular proposed provisions have not yet been taken forward.

So whilst there may indeed be strong public policy arguments in favour of supporting full rights for expatriates or dual citizen holders for Bangladesh (and no doubt for India and Pakistan as well), the restrictions on dual nationals in Bangladesh’s draft law are not too out of step with those in place in India or those that Pakistan looks likely to enact in the future.