One of the people hurling abuses at the group – including calling them "Pakistani terrorists" – has been identified as actor Arun Gowda. 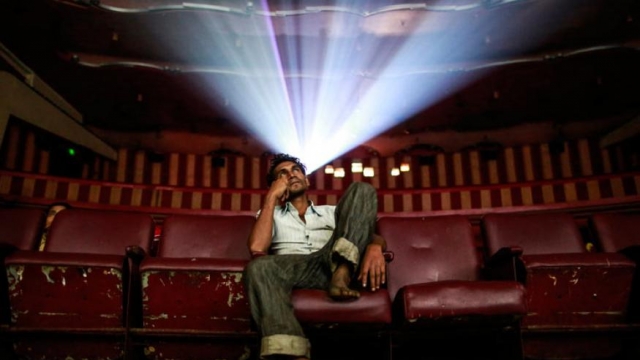 New Delhi: A group of people who chose not to stand up during the national anthem were abused and heckled by another group in a Bangalore movie theatre on October 23. One of the people hurling abuses at the group – including calling them “Pakistani terrorists” – has been identified as actor Arun Gowda.

In a video of the incident, Gowda and his friends can be seen trying to shame four people for not standing during the anthem. “Not able to spare 52 seconds for the country, but you have the audacity to sit here and watch a three-hour movie? Are you Pakistani terrorists?” one of them men said.

“Our soldiers are fighting for us in Kashmir and you guys are sitting here and don’t even stand for the national anthem. Get out of this place,” another voice can be heard saying. They also break into chants of ‘Bharat Mata Ki Jai’ in the middle.

The incident occurred on October 23 at PVR Orion Mall during the screening of the Tamil movie Asuran, The News Minute reported.

Also read: How the Supreme Court Almost Recalled Its Order on Playing the National Anthem in Theatres

In November 2016, the Supreme Court made it mandatory for all movie theatres to play the national anthem before screenings. This decision was criticised by a number of constitutional experts, and was overturned by a three-judge bench headed by former Chief Justice Deepak Misra on January 5, 2018. It was voluntary for theatres to play the anthem, the court said, and if they did play then the audience could stand up to show respect.

Justice D.Y. Chandrachud, who was on the bench that recalled the first order, made some stinging observations about the very logic of the initial order. He even asked attorney general K.K. Venugopal to explain why the court should assume that the symbolism of standing during the national anthem demonstrates the patriotism of those who stand.

The Bangalore incident is not the first time people have been abused and heckled for not standing up for the anthem in a theatre. In December 2016, for instance, vigilantes assaulted a group of men and women who in a Chennai movie hall who did not stand up for the anthem.