Debate: Do Muslim Lives Even Matter?

Grieving is now a partisan act in our country.

Just as the world was coming to terms with the horror of the attack on Muslims worshipping at two mosques at Christchurch in New Zealand, I was trying to understand the indignation that my young friend, Shah Alam, felt after news broke of Babu Bajrangi being granted bail by the Supreme Court.

What Shah Alam is trying to discern is the inability of the Supreme Court to comprehend the feeling of insecurity and vulnerability that this development would instil, not only amongst those who were Bajrangi’s direct victims but also amongst the Muslim population from Gujarat and across India. They were seeing a criminal accused of the worst crimes against humanity being granted freedom.

So can the attacks in New Zealand be treated as a crime against humanity? After all, the victims were Muslims as well, living in a particular colony, very small in number, if you compare them with the number of Muslims living elsewhere, even in Gujarat?

It is then questioned why Muslims like Shah Alam, safely ensconced in cities like New Delhi, are distressed? What is their locus standi in this case? How are they affected by Babu Bajarangi’s crimes? Are they not stretching it a bit too far?

By raising such technical objections, Bajarangi’s crimes are sought to be localised. But those raising such questions forget that the message of the Gujarat pogroms was not only intended for those physically trapped in the fire, but for all the Muslims in India – what happened in Gujarat can happen anywhere.

Watch | From Islamophobia to the Culture Of Murder

A young Muslim student of my university told me that someone recently subjected him to a catchphrase, “2002 phir se (2002 again)”. When confronted, the fellow student chuckled and explained that it was in reference to Modi’s re-election again, just like the people of Gujarat had returned him to power in 2002. The desire travels so far, in space and time, and yet we, who are not Muslims, tend to ignore it.

I need not go into the exploits of Babu Bajrangi, which were a part of the campaign which ultimately catapulted Narendra Modi to power.

Babu Bajrangi, foolish enough to brag about his “heroism”, was only one of the perpetrators. There were other, more shrewd, more lethal, offenders who didn’t even let their kurta get soiled by the blood of Muslims.

But maybe Babu Bajrangi was not foolish at all. Because his big talk about violence did not repel people from violence, it only drew them towards it. They experience a certain sadistic pleasure in sharing the brutality that they did not have the gratification to commit themselves. They consume and relish it. This is what they wanted to be done.

When we see the mass murderer involved in the Christchurch massacre, live streaming his act, or when we learn that the brutality on Afrazul at Rajsamad was videotaped by the steady hands of  a 14-year-old, we know that Babu was not a fool at all! 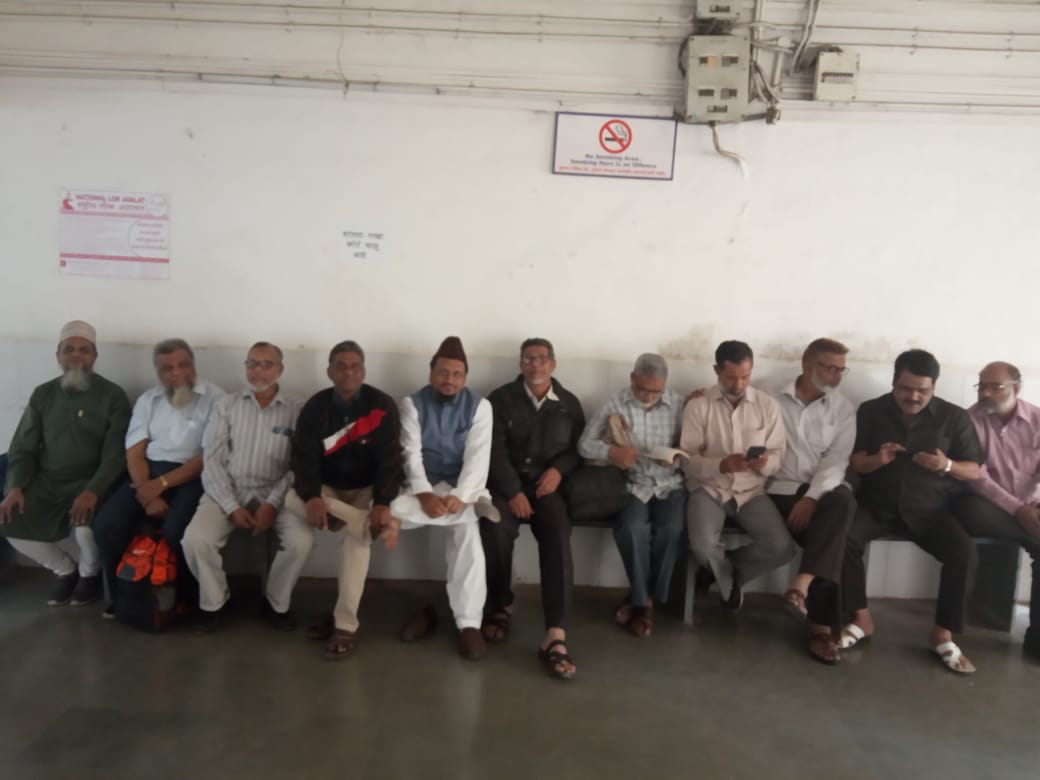 The 11 men outside the special TADA courtroom in Nashik soon after they were acquitted of all charges. Credit: Special arrangement

Reading Shah Alam and the relief that old age and infirmity brought to Babu Bajrangi, my mind went to a different kind of relief, to a different type of people. This time it is Muslims who got a reprieve from the courts. Jamil Ahmed Khan, Mohammed Yunus, Yusuf Khan, Wasim Asif, Ayyub Ismail Khan, Shaikh Shafi, Farukh Ahmad Khan, Abdul Qader Habibi, Syed Ashfaq Mir, Mumtaz Murtuza Mir and Mohammed Haroon Ansari, all charged with sedition and conspiring to wage a war against the nation and plan violence against Hindus, in the wake of the demolition of the Babri Masjid, were finally acquitted of the charges.

It took only 25 years for them to walk to freedom. Freedom, still dear and yet so bleak a word, or feeling for them. 25 years is too small a period for a nation, but in the life of a mortal human, it is a huge void. To make sense of life without or with these 25 years is hard.

Also Read: ‘Our Only Mistake Was Being Born Muslim’: A 25-Year Fight Against Terror Charges

I will not go into their stories. I don’t want tears. Because I know that there are eyes which would remain dry even after listening to the stories of horror that they went through. There would be stony souls who would say this is a small price for keeping the nation safe.

To think that grieving is now a partisan act in our country, is a sad state of affairs.

I turn the pages of the manuscript of the book of stories, recorded by Manisha and Alimullah of the wrongs, atrocities and injustices done to Riyaz Ahmad Mohammad Ramzan, Syed Wasim Haider, Irshad Ali, Abrar Ahmad, Rajjab Ali, Dr. Fargo Anwar, Nurool Huda, Waris Sheikh, Mohammad Ilyas, Amanullah Ansari,Mohammad Husain Fazli, Ahmad Dar, Rahmana Yusuf Farooqui, Abdul Muneen who went to different jails of India. All of them were suspected terrorists. They had to sacrifice 10 to 15 years of their individual lives to make the nation feel secure.

I recall the downcast eyes and feeble voices of those young men who were released after losing 7 to 15 years of their lives to the Indian jails only because the police in India thought that for each bomb blast only Muslims can be suspected. And our courts share their feeling. My memory fails to recall their names but I can still feel the loneliness that cut them from us. It has been more than 10 years since the public hearing at Hyderabad where I met them, their mothers and grandfathers and heard them talking about the devastation that befallen them in the name of the nation and witnessed their shaking hands trying to put together the broken pieces of their lives.

As I write these lines, I hear the story of the arrest and killing of Gurfan Alam and Taslim Ansari by the police in Motihari in Bihar. While washing their bodies, their kin found marks of nails hammered into them. An FIR – sans the name of any suspect – has been registered, we are assured by the top cop of Bihar.

Also Read: Are Cow-Related Hate Crimes Against Muslims Only a ‘New India’ Phenomenon?

Just as when I was trying to understand the unnecessary fuss that Shah Alam was making over a humane gesture by the Supreme Court, I learnt that the Gujarat government is not allowing the prosecution of police officers D.G. Vanjara and N.K. Amin in the fake encounter case of Ishrat Jahan and three others in 2004.

What can the poor CBI do and what can the courts do if the governments think that the accused were, in fact, serving a just cause? Why should that make the Muslims of India feel vulnerable?

What has poor Babu Bajrangi to do with all this? How are all these events connected?