The public intellectual's article critiqued the government’s refusal to allow the opposition to discuss the alleged land grabbing in the assembly. 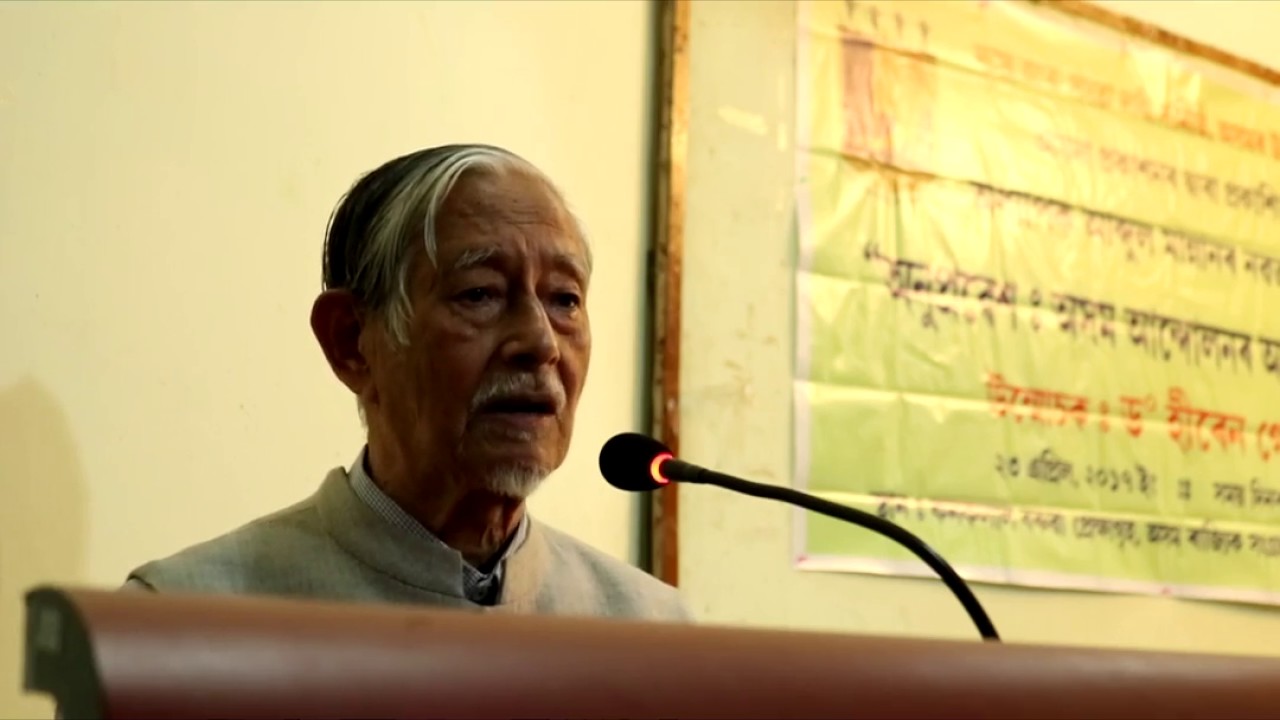 New Delhi: Recently, Assamese social media was abuzz with the news of media houses capitulating under pressure from the BJP-led government to refrain from reporting on an investigative piece jointly published by The Wire and The Crosscurrent regarding land grabbing by a real estate company formed by state chief minister Himanta Biswa Sarma’s family in violation of the state government’s rules.

Now, social media platforms are abuzz in the northeastern state once more about three newspapers in the state refusing to publish an article by noted Assamese public intellectual Hiren Gohain because it mentioned the report, leading him to say that he believes there are government agents working as censors on the desk of popular dailies.

This past December 20, the proceedings in the state assembly were disrupted after the speaker Biswajit Daimary refused to allow the opposition members to move motions to discuss the matter.

Gohain’s article was a critique of the government’s refusal to allow the opposition to discuss the matter in the assembly which had led to a walkout. The noted commentator, whose writings are held in high esteem by Assamese readers, had sighted the instance to highlight changes he had noted in the functioning of democratic institutions and the increasing trend of legislators from a ruling party to shout down those from the opposition.

Gohain also raised a set of questions in the write-up seeking an investigation into the allegations of land grabbing by the real estate company RBS Realtors Pvt Ltd (now Vasistha Realtors Pvt Ltd) including pointing out that “during that time (of land transfer), the ability to make happen the impropriety through political wherewithal was the present chief minister”. He had also highlighted that the investigative report of The Wire and The Crosscurrent was hinged on the state government’s land revenue records available in the public domain.

Also Read: Exclusive: How Govt Land Meant for the Needy Found Its Way to Firm Linked to Assam CM’s Family

Peasants’ rights activist Soneswar Narah commented on Dainik Asom’s refusal to publish Gohain’s article on Facebook on December 25. He accused the minister of information and publicity Piyush Hazarika, who is close to the chief minister, of putting ‘pressure’ on the state media. He also shared Gohain’s article for social media users to read.

In a Twitter thread, a Delhi-based journalist from Assam, Manash Pratim Bhuyan, stated, “Very disturbing development coming in from Assam. Dr Hiren Gohain told by leading daily Dainik Asom, owned by Assam Tribune group, that his column will no longer be carried apparently for mentioning about a report by The Wire on a land scam.”

Very disturbing development coming in from Assam. Legendary intellectual & author Dr Hiren Gohain told by leading daily Dainik Asom, owned by Assam Tribune group, that his column will no longer be carried apparently for mentioning about a report by @thewire_in on a land scam.

When contacted, Gohain corroborated Bhuyan’s claims. He told The Wire, “It was my strong insistence in the article that there should be a high-level enquiry into this land scam that must have brought the coercive powers of government upon the paper. There is also reason now to believe that there are government agents working as censors on the desk of popular dailies.”

“The press in Assam is not run by big business, but by entrepreneurs and some old firms of middle income. When the metropolitan press owned by big capital have caved in under such pressures, one can hardly expect such regional papers with middle income to maintain independence. But the stark truth and shame is that the state government, backed by the Centre, has resorted to such hoodlum-like methods to keep public opinion under its control. The social media are, of course, so far safe from coercion.”

He said, “One might also mention in this connection the awfully flippant response of the chief minister (to the report to local media). Sarma asked, ‘Why do they pick on my wife for harassment? Have they got the guts to take me on?’ That remark resounded on local television all evening.”