After 3.5 Years in a Detention Centre, SC Declared This Assamese Woman to Be 'Indian'

Khabiran Nessa's family sold all their land to be able to pay for the legal expenses of proving her Indian citizenship, even though she had all the required documents. 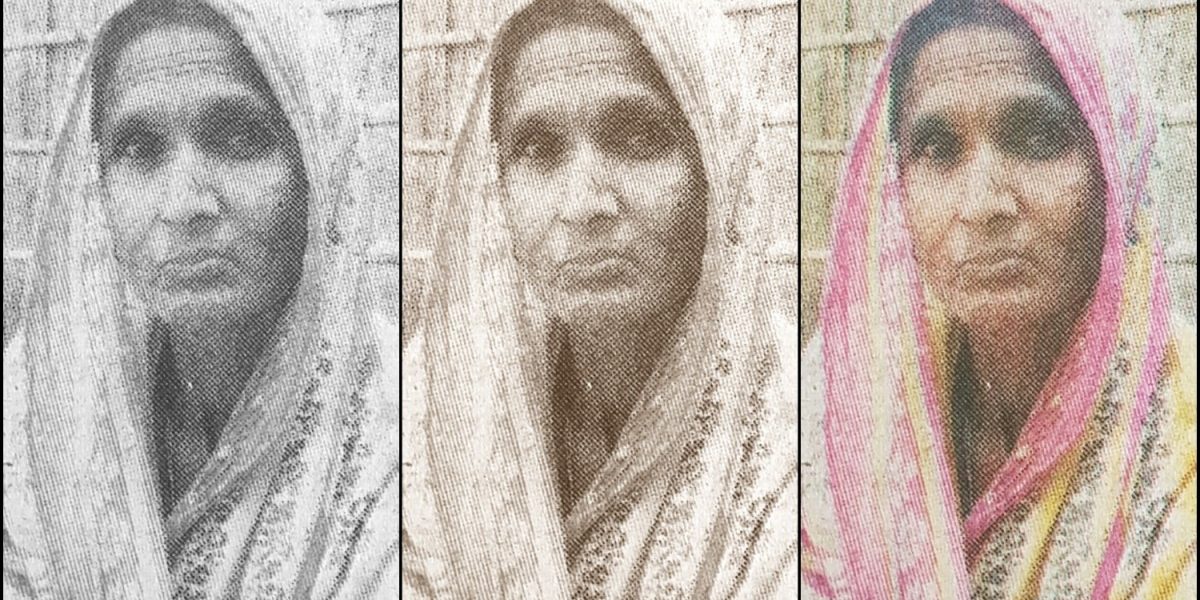 Khabiran Nessa, an elderly woman, had to spend three years and seven months in a detention camp, separated from her near and dear ones, and in abominable conditions. On top of that, she had to bear with the ‘foreigner’ tag for more than two decades – and in today’s Assam ‘foreigner’ is synonymous with ‘Bangladeshi’.

In an ex parte decision, a Foreigners’ Tribunal (FT) had labelled her a ‘Bangladeshi’. She went to the high court to seek justice, but the high court, instead, insisted that she should be deported to Bangladesh. Ultimately, on September 18, 2018, the Supreme Court declared her to be an Indian citizen.

Khabiran is a resident of the Khutamari area of Goalpara district, Assam. She was born in No 2 Baladmari river island, which is on the outskirts of Goalpara town. Her father was Mahejuddin Sheikh and mother Sobu Khatun. Married in 1967, Khabiran is the mother of three sons and a daughter.

In 1997, Khabiran was declared a “D-Voter” (doubtful voter), a term reserved only for residents of Assam and not used anywhere else in the country, by the state authorities. She lost her voting rights.

Her case was forwarded to the border police for further investigation. The border police did not conduct a thorough investigation, according to her family, and concluded that Khabiran was a Bangladeshi. According to the norms, border police officials have to visit the residence of the suspect and conduct an inquiry there, but there is no record of any police official visiting her residence for this purpose. Sitting in their office, the policemen prepared a report accusing Khabiran of being Bangladeshi, and a case was registered against her in the FT. The case remained dormant for 11 years, without a single hearing.

Also read: The Struggle of ‘Doubtful Voters’ Has Intensified in BJP’s Assam

When the FT Goalpara finally started hearing the case, Khabiran was served summons to prove her nationality – but the summons did not reach her in time. The FT issued ex parte orders on November 25, 2008 pronouncing Khabiran a Bangladeshi citizen. Though Khabiran had documents to prove her Indian citizenship, they were of no use before the tribunal. She later appeared before the FT, asserting her identity as an Indian citizen and contemplating whether to ask for more time to gather additional papers. But even before she could do that, the police arrested her and she was thrown into a ‘detention camp’ – which was simply a part of the Goalpara jail.

She spent eight months in that detention camp, and her troubles did not end there. From Goalpara, she was relocated to a detention camp in Kokrajhar, the headquarters of a neighbouring district. Meanwhile, her family was living a hand-to-mouth existence, and with great difficulty managed to save a little bit of money. They decided to try their luck at a higher court, the Gauhati high court.

Khabiran’s father Mahejuddin Sheikh’s name is mentioned in the National Register of Citizens (NRC) that was prepared in 1951. Both her parents are enumerated in the voters’ lists of 1966 and 1970. Khabiran’s wedding was solemnised in 1967 by a qazi appointed by the government, and the marriage certificate is also available for scrutiny. Given all of this, her family was quite confident that she would get justice from the high court. A one-judge bench heard the writ petition and issued a stay on the ex parte orders made earlier by the FT Goalpara.

When the case came up for re-hearing, the court examined and verified all the documents that were made available to it for asserting Khabiran’s citizenship. The bench also took note of the sufferings of the 61-year-old woman because of her confinement in the almost inhuman conditions of the detention camp. On June 27, 2012, the court decided to release her on bail. After being incarcerated in detention camps for more than three years and seven months, Khabiran was finally allowed to roam free.

While Khabiran’s hopes were high after she got bail, things didn’t go quite as she expected. Her case was transferred to a different bench consisting of two new judges. On November 19, 2015, this bench issued orders annulling the stay and rejecting the writ petition submitted earlier by Khabiran. The bench upheld the ex parte orders that were passed by the FT in Goalpara. Once again, the court ordered the border police to arrest Khabiran immediately and deport her to Bangladesh. The district collector was instructed to delete her name from the voters list as well.

Not knowing what to do next and fearful of being separated from her family yet again – this time with perhaps more permanently – Khabiran decided the only was out to run away for the time being, and she did so.

Her family submitted a review petition to the Gauhati high court. But in January 2017, the court rejected the review petition. Further, the high court expressed its displeasure at the fact that even though instructions were issued a year before, the state machinery had not initiated any action. The court directed the collector and SP (border) of Goalpara district to take further steps immediately.

By this time, the family had sold most of their land and other property to pay for court expenses, and moving the Supreme Court for relief seemed like a distant dream. Then came a ray of hope, in the form of their fellow villagers. They went from house to house to collect money to help Khabiran’s family. Still, it was less than the required amount. The family sold whatever land they had left, went to Delhi to knock at the doors of the apex court.

While the judgment came as a relief, the legal expenses hit the family hard. Of late, able-bodied members of the family have started working as daily labourers so that they may be able to make ends meet. After the news of Khabiran’s acquittal spread, many journalists arrived at their house. Talking to them, Khabiran said, “I always had great faith in the law of the land and it has not let me down. I was born in India, I am 100% Indian, how can someone’s whims can turn me into a Bangladeshi? I am very happy at the court’s verdict. The apex court of the country has given me justice. But those who got me trapped in a false case, will they be held accountable and punished?”

Khabiran added, “Because we had to run from one court to another, we have been rendered paupers. We just had two bighas of land and that was everything for us. The family lived on that. But we had to sell it as there was no alternative. All this sufferings and penury, all these dark days and nights in the detention camp, all this separation from my near and dear ones, and on top of that the humiliation and degradation I suffered, who will compensate me for all this?”

Talking about her time in the detention camps with tears in her eyes, Khabiran said, “I don’t wish even for my worst enemies to be sent to the detention camp. I think death is preferable. Even if I keep talking for days together, I won’t be able to tell you about all the humiliation and degradation that one sees and experiences inside the camp.”

According to Khabiran, her family had sent her a bag of puffed rice (muri) on day while she was at the detention camp in Goalpara. Claiming to examine the contents, the policemen on duty threw all the puffed rice on a path, and people walked over it with their muddied shoes. She said, “How could one eat the puffed rice after that? I reported the matter to the jailer but in vain. In protest, I did not eat anything that night. These kinds of incidents happened to most of the inmates. All the food their family sent for them would be thrown on the ground first and if they wanted to eat it, they would have to pick it up from there. What could be more insulting and humiliating than this? We don’t even treat our animals in this way.”

While she was lucky, Khanbiran said, there were others too who had been wrongfully detained but their families did not have to money to look for legal recourse.

A woman identified as Sofia Khatun was released from the detention camp at Kokrajhar on September 13, 2018 after a directive passed by the Supreme Court. The 50-year-old woman was earlier tagged as a D-voter and had been kept in the detention camp for last two years after a FT in Barpeta had declared her a ‘foreigner’. The Supreme Court, while ordering her release, noted that her parents, five brothers and husband were all Indian citizens, according to an inquiry conducted by the Assam government.

It is high time both the state and Central governments realise the magnitude of the problem, and recognised how high-handed officials are ruining the lives of genuine Indian citizens. Citizens who are wrongfully confined in detention camps must be compensated adequately for the suffering and humiliation they have undergone, and those who wrongfully ordered their confinement must also be held accountable.