'Whatever government is in power, whether it is the Congress or the BJP, we will protest against CAA.' 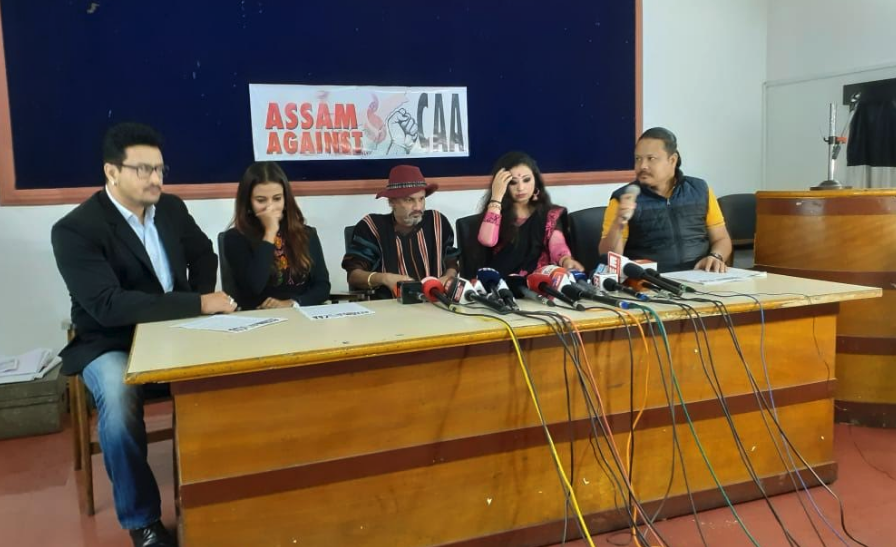 Guwahati: Assam vocalist Zubeen Garg who is at the forefront of anti-Citizenship Amendment Act protests in the state on Thursday said that raising one’s voice against an “injustice” like CAA could never be considered seditious.

At a press conference with fellow artistes, Garg said that the act of speaking against any legislation cannot be seditious. Garg and the others launched a website dedicated to the fight against CAA.

Answering a question by The Wire on the spate of sedition cases against individuals protesting against CAA – especially in the backdrop of young children being questioned by police for taking part in a play on the CAA – Garg said people were only exercising their democratic right. 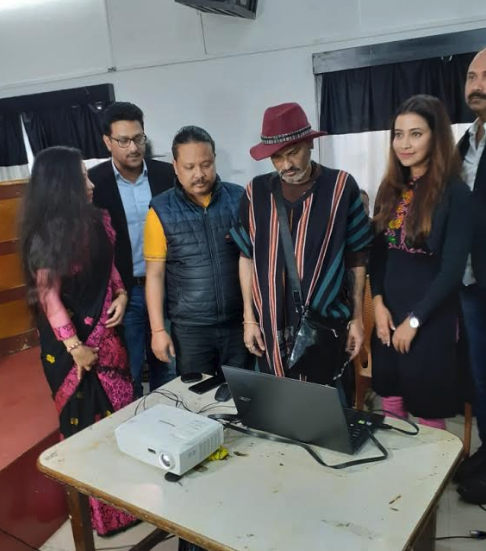 The artistes at the website launch at Guwahati. Photo: Gaurav Das

“Whatever government is in power, whether it is the Congress or the BJP, we will protest against CAA. This is our democratic right. And it is a big mistake that the government is making in going against people just because they are protesting against the CAA,” he said.

Garg asked for the law to be repealed as it would otherwise endanger the people of Assam, its culture and heritage.

The artistes told reporters that the website is an effort to make sure that people who really care about Assamese identity will be better armed with information and details on the protests against CAA in the state. The site will also help the Assamese diaspora express their opinion and offer suggestions on how the agitation could be taken forward.

Pages of the platform are also on Twitter and Facebook. The artistes said that the digital platform aims to stop the spread of misinformation on anti-CAA protests and to provide details on what exactly the Act entails. They also added that it would be an effort to counter “IT cells” that troll protesters regularly.

“Despite constant protests against CAA, the state and the central government didn’t think about the people of Assam and why we have been raising our voices. It is clear that Assam cannot take the burden of foreigners anymore. And through this Act, foreigners will be able to settle anywhere in the state,” said Bishaya.

She stressed on the necessity of people in the state and outside getting to know exactly what was going on with the protests.

Her words were echoed by Garg who called the site a collective effort aimed at global communication, and Ravi Sarma, who said it will act to counter the “IT cells” at play.

“We may not be as powerful as some IT cells but we do have IT resource persons with us. People can register online. This site will form a personal connection to all those people who are against CAA. This is a digital battle against those who want to stifle our voices,” Sarma added.