Hasina Ahmed, a law graduate, had been active in the recent anti-Citizenship (Amendment) Act (CAA) protests.

New Delhi: Assam-based activist Hasina Ahmed has alleged that late in the evening on Saturday, she received phone calls from two unknown persons, threatening her with dire consequences if she continued to be critical of Prime Minister Narendra Modi.

Ahmed, who is the organising secretary of the All Assam Minorities Students Union (AAMSU) has filed a complaint about the incident with the local police.

In her complaint to the officer-in-charge at the Daulashal Police outpost, which comes under Mukalmua Police Station in Assam’s Nalbari district, she stated that on the evening of July 4, some unknown miscreants called her on her number, used abusive language and warned her that she would be killed if, in the future, she posted anything critical of the government on social media. On Saturday, Ahmed had, in a post on Facebook, written critically about PM Modi’s recent visit to Ladakh.

The local police have registered an FIR in this matter under sections 294 (obscene act causing annoyance to others) and 506 (criminal intimidation) of the Indian Penal Code (IPC). Confirming registration of the FIR against unknown persons, Bipul Saikia, in-charge of the police outpost, told The Wire that, “we are investigating the matter and the culprits will not be spared”.

Ahmed is a law graduate and had recently completed her post-graduation in International Law from a private university in Delhi NCR. In recent months, she was quite active in the anti-Citizenship (Amendment) Act (CAA) protests. She had also been engaged in environmental activism and working for women empowerment in her native district.

Speaking to The Wire, Ahmed said that, “(t)his is not the first time that I have received threats like these, but unlike earlier times, the matter looks quite serious this time around because they have threatened to kill me if I continue with my activism.” According to Ahmed, both the callers spoke to her in Assamese and, while one was calling from Assam itself, the other was from somewhere else.

Also read: In Bid to Stifle Free Speech, ‘Offences Against the State’ Make Comeback in Northeast

When asked whether she would continue her activism in the wake of these threats, she said that there was no question of stopping her work as she was unafraid of such threats. “What is wrong with criticising the government? Is it not a part of our fundamental rights?” she asked.

According to Ahmed, it is the callers who were at fault and she was only doing what a concerned citizen is supposed to do in the first place. “I am worried because one of the callers said that if I don’t stop criticising the current dispensation and PM Modi, I would meet the fate of Lafiqul Islam,” said Ahmed. 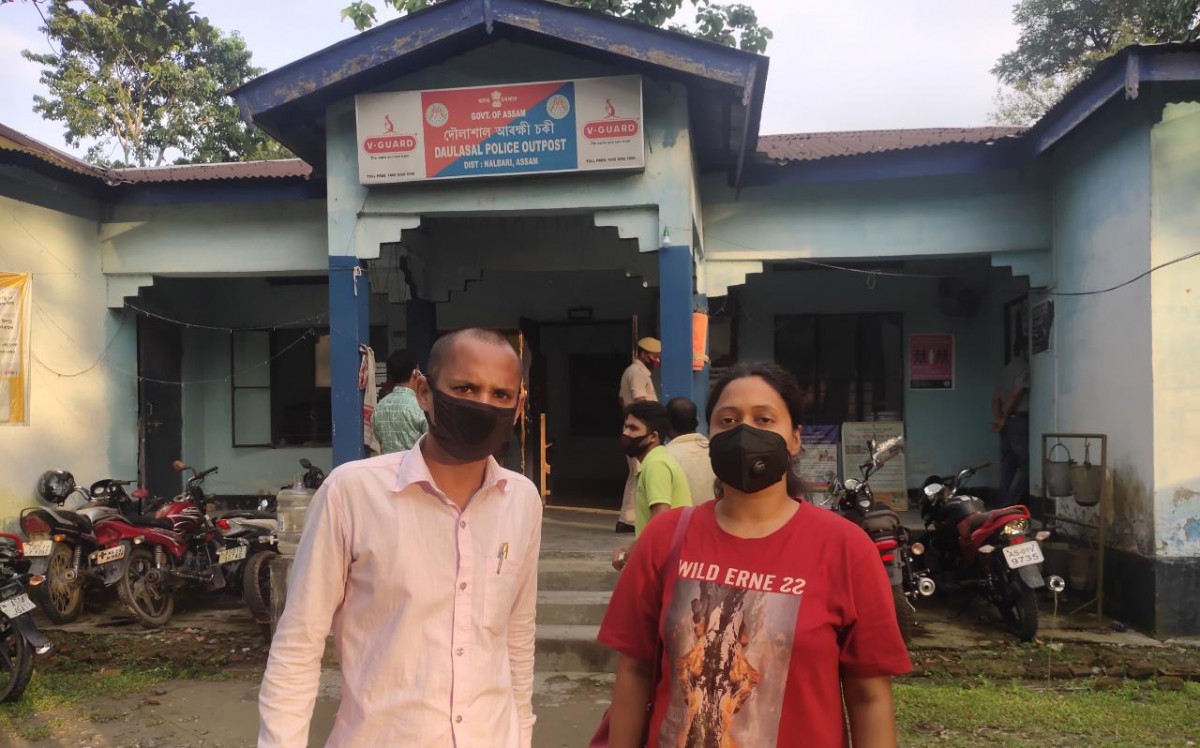 “Thankfully, the matter seems to have been taken seriously by the police and they visited my home to record the statement,” she added.

On August 1, 2017, the All Bodoland Minority Students’ Union (ABMSU) President Lafiqul Islam was killed in Assam’s Kokrajhar district. According to the police, two motorcycle-borne men used an AK-47 to shoot Islam, who died on the spot.

Islam was a popular minority students’ leader and a fierce critic of the incumbent BJP-led government and the Hindutva forces. Initially, the case was being handled by the state police and a special investigation team (SIT) was formed to investigate the matter. But after protests by the ABMSU, the matter was handed over to the Central Bureau of Investigation (CBI). However, nearly three years after the killing, no one has been punished.

Meanwhile, Ahmed has received support from several quarters. “Sankhyalaghu Sangram Parishad, Tea Tribe Organization, Nari Shakti Organization and several intellectuals have come out in support of me after the incident,” she told The Wire.