Assam: AASU Head Says Not Afraid of Being Spied On, Fight Against CAA To Continue

A day after his name popped up in the spying controversy, Bhattacharya expressed surprise and shock, and termed the entire act of putting scores of Indian citizens under surveillance as 'anti-national'. 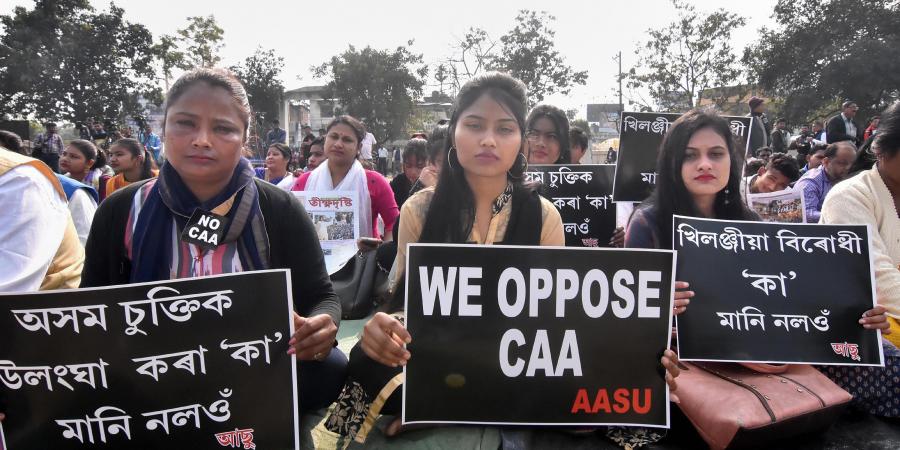 Guwahati: Student body All Assam Students’ Union (AASU)’s chief adviser Samujjal Kumar Bhattacharya on Thursday said that he is not afraid of being targeted by Pegasus phone surveillance and his struggle against the Citizenship (Amendment) Act will continue.

In its series of expose on the alleged Pegasus phone spying scandal, The Wire news portal published its latest article on Wednesday stating that phone numbers of two prominent Assamese personalities also figured in the list of around 50,000 numbers worldwide.

Bhattacharya and ULFA (pro-talk faction) general secretary Anup Chetia’s numbers are part of the list, which was exposed and analysed by a global alliance of media publications.

A day after his name popped up in the spying controversy, Bhattacharya expressed surprise and shock, and termed the entire act of putting scores of Indian citizens under surveillance as “anti-national”.

He said that whatever he or his colleagues talk over phone, everything is transparent and they say the same thing to the people and the media, and there is nothing to hide.

The AASU leader asserted that the core issue is very clear and it is the influx of illegal foreigners, which is a threat to the identity of the indigenous people of Assam and the Northeastern region.

“Assam Agitation took place because of this and the Assam Accord was signed. But it has not been implemented and the situation became more grave. Northeast was becoming a dumping ground with the imposition of Citizenship (Amendment) Act,” he added.

The CAA is a violation of the Assam Accord and it is “anti-Constitution, communal, anti-indigenous and anti-Northeast”, Bhattacharya said.

A six-year agitation demanding identification and deportation of illegal immigrants was launched by the AASU in 1979. It had culminated in the signing of the Assam Accord on August 15, 1985 in the presence of the then prime minister Rajiv Gandhi.

“That is why the anti-CAA movement in the Northeast was very strong. Our method of the movement was different from other parts of the country and it was non-violent. It will continue,” he added.

The CAA seeks to provide Indian citizenship to Hindus, Jains, Christians, Sikhs, Buddhists and Parsis entering India on or before December 31, 2014 from Bangladesh, Pakistan and Afghanistan after five years of residence here.

Talking about the Clause 6 of the Assam Accord, Bhattacharya said the Constitutional safeguard has to be given to the indigenous people of the state.

As per Clause 6 of the Assam Accord, Constitutional, legislative and administrative safeguards, as may be appropriate, shall be provided to protect, preserve and promote the culture, social, linguistic identity and heritage of the Assamese people. The bone of contention since the signing of the Accord in 1985 has been the definition of the Assamese people.

“That is why a high-powered committee was formed by the Central government. It submitted its report more than a year ago. The Centre had given an assurance to implement it in letter and spirit, but nothing has been done yet,” he said.

On the Pegasus controversy, Bhattacharya said, “Israel is a foreign nation. A foreign nation taking permission of Indian government and spying on Indian citizens, this is just the murder of democracy. It is a dangerous and fascist attack on privacy, against the Constitution and an anti-India act.”

About the Indian government’s continuous denial of the snooping act, he said if it was done without the knowledge of the Centre, it is more dangerous.

The AASU leader also appealed to Prime Minister Narendra Modi and Union home minister Amit Shah to tell the truth to the people of the nation whether the surveillance has the government’s sanction or it is being done by a foreign nation without its knowledge.

Chetia, the other person whose number was also found in the Pegasus leaked list, said on Wednesday he was not surprised that his phone was allegedly being tapped.

“It is natural that the security agencies would tap our phones. We have to see our past also. We fought against the state and declared a war against India. However, I don’t know if Pegasus infected my phone or not,” the insurgent leader, who is now part of a dialogue process, said.

Like Bhattacharya, Chetia too was vocal about his opposition to the CAA.

A global media consortium has recently reported that over 300 verified mobile phone numbers, including of two central ministers, over 40 journalists, three opposition leaders besides scores of business persons and activists in India, could have been targeted for hacking using the Israeli spyware Pegasus, which is usually supplied to government agencies.