Of the state's 10 million migrant workers, 70% are from Hindi-speaking states, many of whom fled the state after violent attacks. Production of industries might have fallen by 15-20%, according to estimates. 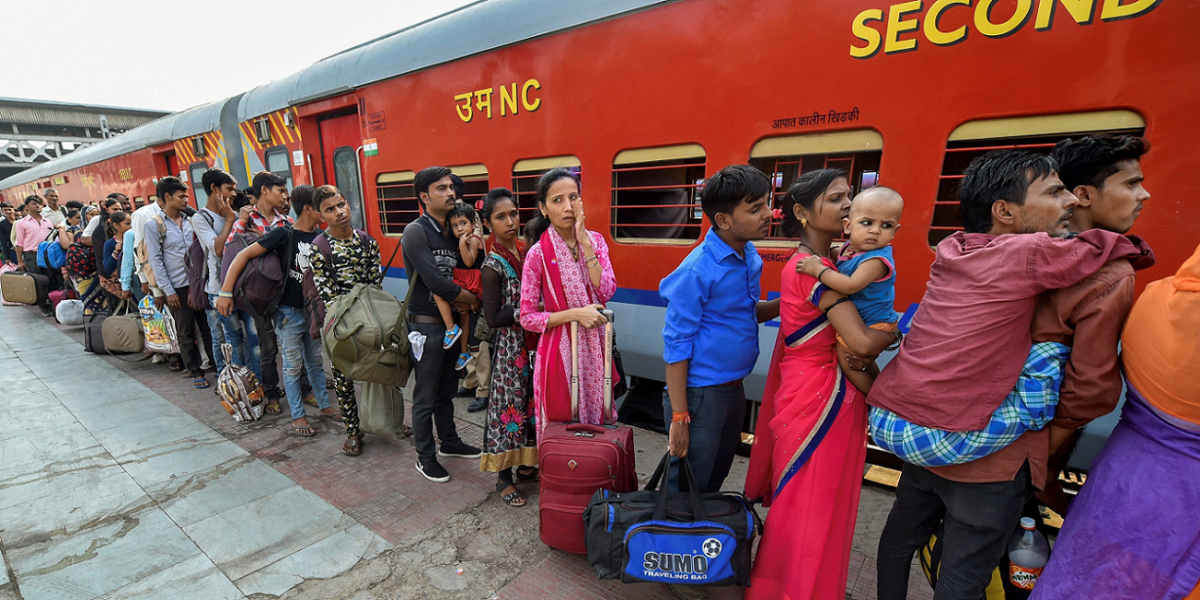 New Delhi: As migrant labourers flee Gujarat’s violent backlash, the state’s industries are preparing for a 15-20% fall in production during the crucial pre-Diwali period. Around 70% of Gujarat’s estimated 10 million migrant labourers are from UP, Bihar, MP and West Bengal, forming the economy’s backbone.

It may be recalled that after a labourer from Bihar was arrested on September 28 in Sabarkantha district for allegedly raping a minor, a anti-migrant campaign was launched. Between September 28 and October 3, at least 42 attacks on migrants were reported. Fearing for their safety, migrant workers – mostly from UP and Bihar – began fleeing the state. Police said that 342 people have been arrested for their role in the attacks, including members of Congress MLA Alpesh Thakor’s Gujarat Kshatriya Thakor Sena.

Also Read: Migrant Labour Exodus Shines a Light on the Dark Side of Modi’s ‘Gujarat Model’

According to the Hindustan Times, the workforce of small-scale industries in Ahmedabad, Mehsana and Sabarkantha districts have either fled or remained absent from work and the production took a dive during the curcial period.

In the Sanand Industrial Estate, which was established in 2008 after the Tata Nano factory was moved to Gujarat, has a large migrant workforce. Of the 20,000 workers, at least 10,000 are migrants, the estate’s president Ajit Shah told Hindustan Times. “Around 15-20% of the total production has been affected as around 3,000 workers have reportedly gone back to their original villages or are staying back in their local homes,” he said.

Gujarat Chamber of Commerce and Industry(GCCI) president Jamin Vasa told HT that the attacks were reported only in Ahmedabad and north Gujarat, while the state’s industrial clusters are spread across Kutch, Saurashtra, Central, south and north Gujarat. “Kutch, Saurashtra and south are the driving force of the state economy. Exodus reported is from Ahmedabad and north Gujarat. And, it was only in the initial 2-3 days. Around 15% production could have been affected. There have been no reports of disturbances from other clusters,’’ he said.

However, large industrial hubs have been unaffected because several of them were able to get additional security from the government, according to the Times of India.

Congress’s Gujarat unit president Amit Chavda, on the other hand, accused BJP members of “fanning the violence” for “petty electoral gains”. While a majority of the cases registered included members of Alpesh Thakor’s outfit Thakor Sena, he denied that they were involved in the violence. He claimed the BJP was registering false cases against his outfit.