Arnab Goswami and Varavara Rao, Unequal Citizens Before the Law

While Goswami could move three levels of courts in quick succession within a week to secure his release, Rao has languished in jail in a fabricated case for two years, without trial and without bail. 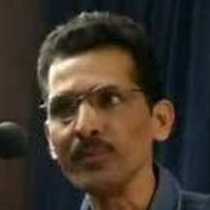 Article 14 of the Indian constitution that “we, the people of India” conferred upon ourselves proclaims that “the state shall not deny to any person equality before the law or the equal protection of the laws within the territory of India.”

But it seems this proviso is only a lofty goal enshrined in the statute, to be adhered to selectively. A study in the contrasting treatment meted out to Republic TV owner-editor Arnab Goswami and the thousands of those accused and imprisoned in this country presents a bleak picture.

The cases of Goswami and Varavara Rao reveal some glaring differences. Varavara Rao was also a journalist who ran a literary monthly for about 25 years and was a newspaper columnist in addition to being a lecturer, writer and revolutionary poet. Rao was a public speaker for the last fifty years, though his voice is no match for Goswami’s in decibel levels. Both of them were arrested and imprisoned, of course, for varying times. Here emerge the differences in the manner of arrest, as well as the response their arrests elicited from the political class, administration and judiciary.

Goswami’s arrest on November 4 has already been highly publicised with a live video of the same available in the public domain. Politicians including Union cabinet ministers vociferously spoke out in support of him and denounced the arrest. Media reports alleged that the police or prison authorities had allowed Goswami to use a cell phone while in custody. Within a week of his arrest, petitions for his bail were heard by the sessions court, the high court and the Supreme Court on a priority basis. Even as the lower courts dismissed his pleas, the apex court granted him interim bail and released him.

In comparison, the manner in which Varavara Rao was arrested on August 28 was horrendous. After about 20 police officials from Pune, assisted by the Telangana police, barged into his house at around six in the morning, the first thing they did was seize cell phones from Rao and his wife and cut their landline connections. The elderly couple was then kept incommunicado for the next eight hours. Not only the corridor of his flat, but the entrance of the 180-flat apartment complex was barricaded.

The family’s helpers and neighbours were also prevented from approaching their house whilst other flat owners were subjected to checks, questioning and threats. Inside Rao’s house, his bookshelves were ransacked and documents and papers thrown out. The 78-year-old poet and his 70-year-old wife were harassed until 2.30 pm, after which Rao was taken away. During these eight hours, he was not allowed to make a call to his lawyer or doctor.

The Pune police also brought two additional warrants to search his daughters’ houses, in case Rao was not available at his home. However, knowing very well that he was at his home by 6 am, the police continued to raid his daughters’ houses till around 8 am. Spending about six hours in each of the houses, they seized the cell phones of both his daughters and sons-in-law and went as far as to also snatch Kindles, game consoles and electronic gadgets belonging to his grandchildren.

After 77 days of house arrest upon the direction of the Supreme Court, the Pune police again came to arrest him on the evening of November 17. This time around, the arrest was almost a public affair as Rao’s house was packed with people by then. When the police were asked to display an arrest warrant, an official from Pune curtly replied by saying that they didn’t need to show any warrant. When we insisted on a warrant, a local police official threatened to use force on us – the same official is now in jail, after having being caught red-handed taking a bribe and found to have accumulated disproportionate properties.

In stark contrast, Goswami’s highly publicised arrest was telecast live. It was reported that he was asked to cooperate several times by policemen while he said that he was being physically assaulted and asked for an apology. Goswami also identified an “encounter specialist” and asked to allow him to call his lawyer and doctor. After some time he was physically lifted and dragged out of his house. This procedure of arrest was unquestionably neither legal nor civil and deserves to be condemned. But when examined alongside the arrest of many others and routine police behaviour, what happened to Goswami looks rather common. The moot point here is that Goswami has himself supported, abetted, encouraged and cheered this kind of illegal and uncivil behaviour by the police.

Varavara Rao’s arrest was also not condemned by any politician, except by those from the Left parties, while the list of denouncers of Goswami’s arrest is long, including the Union home minister.

The media also reported that Goswami was able to use a mobile phone while in judicial custody and was shifted to Taloja Jail as a consequence. Let alone a mobile phone, Varavara Rao and his co-accused had to make several appeals to the jail authorities and courts to be permitted access to ordinary things like a blanket, a pair of socks, a straw and even a sipper.

The police or jail administrations are not even allowing newspapers, magazines and books to reach Varavara Rao and the other Bhima-Koregaon co-accused. Exactly a day prior to Goswami’s use of a mobile phone, Taloja jail refused to give Nobel laureate Gabriel Garcia Marquez’s The Scandal of the Century, sent as a birthday gift, to Rao.

While Goswami could move the sessions court, the high court and the Supreme Court in quick succession within a week to secure his release, Varavara Rao has languished in jail in a fabricated case for the past two years, without trial and without bail. At least four bail petitions, in the sessions court and high court, both on merit and on health grounds (including testing positive for COVID-19) took almost 20 months to be ultimately rejected. When the Supreme Court was approached as the fifth bail petition was being procrastinated in the high court, the apex court simply asked Rao to go back to the lower court. Even after the high court was moved again with this direction from the Supreme Court, the delaying tactics continue.

No doubt an objection will be raised by some that the charges against Goswamai and Varavara Rao are different. The former is accused of abetment to suicide while the latter has been charged under the Unlawful Activities (Prevention) Act. This distinction is irrelevant as both are entitled to the presumption of innocence until found guilty. Regrettably, the bogey of ‘terrorism’ did not escape even the discriminating intellect of a judge like D.Y. Chandrachud. ‘Goswami is not a terrorist’, he is reported to have said. But are all those charged with the insupportable cases under UAPA  ‘terrorists’? Is the presumption of innocence only for Goswami and his ilk?

The fact is that the Bhima Koregaon accused are chiefly those who had nothing to do with the incident and even less to do with any violence thereafter. Yet no court hears their bail, no institution is concerned with their liberty.

On November 18, the Bombay high court finally directed authorities to shift Rao from Taloja jail to Nanavati Hospital for 15 days, noting that it would further examine the case “after two weeks”.

There is another difference: while the high-decibel prisoner is a 47-year old, in reasonably good health, the unequal citizen is an ailing 80-year old, suffering from post-COVID-19 ailments. In the meantime, electrolyte imbalance with low level of sodium and potassium and criminal negligence in the prison has led to a loss of memory, incoherence and near-dementia in Rao. While keeping a urinary catheter for over two weeks can lead to dangerous and life-threatening infections, a catheter on Varavara Rao’s body – fixed on August 28, when he was discharged from Nanavati Hospital and sent back to jail – has not been removed even after ten weeks later.

Varavara Rao is only a symbol of hundreds, if not thousands of other prisoners languishing under a similar predicament. For one Arnab Goswami, there are hundreds of Varavara Raos, for whom equality before the law is a myth.

N Venugopal Rao is the editor of the Telugu journal Veekshanam, and the nephew of Varavara Rao.