Are We Entering a New Phase of Increasing Hunger?

Warnings sound by the UN and its organs point to a food crisis which is worse than any seen in the last 50 years.

On June 9, the United Nations warned that the world today faces a food crisis which is worse than any seen in the last 50 years. Secretary general Antonio Guterres said that nearly 50 million people risk falling into extreme poverty due to the pandemic. More specifically he said, “Unless immediate action is taken, it is increasingly clear that there is an impending global food emergency that can have long-term impacts on hundreds of millions of children and adults…We need to act now to avoid the worst impacts of our efforts to confine the pandemic.”

Earlier, while addressing the UN Security Council, the executive director of the UN World Food Programme (WFP) David Beasley said, “There is a real danger that more people could potentially die from the economic impact of COVID-19 than from the virus itself.”

This senior-most official of the world’s biggest humanitarian program said, “At the same time as dealing with a COVID-19 pandemic, we are also on the brink of a hunger pandemic.”

He said that largely as a result of several conflict situations in many parts of the world and most notably in Africa and the Middle-East, the situation of food availability for many people was already worsening when COVID-19 appeared and this led to a rapid deterioration over a wider area.

Now with the on-going pandemic, this already serious situation has deteriorated. “Millions of civilians living in conflict-scarred nations, including many women and children, face being pushed to the brink of starvation with the spectre of famine a very real and dangerous possibility.” 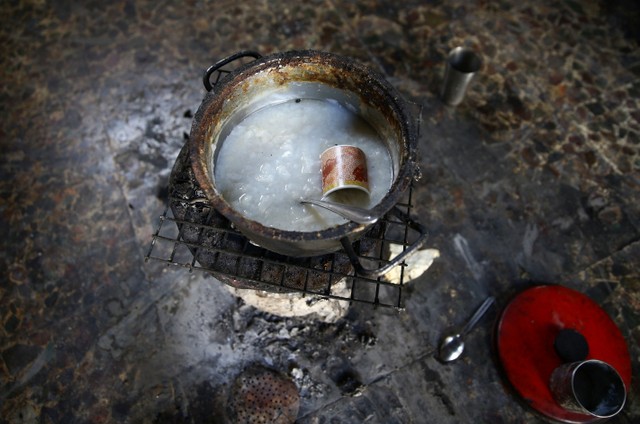 Beasley has given some frightening statistics. Currently, 821 million people suffer from chronic hunger (go to bed hungry), 135 million face crisis level of hunger or worse, while 130 million have been pushed to the brink of starvation by the pandemic. So, in all, 265 million face crisis-level hunger.

The most disturbing number mentioned by Beasley in his address to the Security Council was that if preventive and protective steps are not taken with urgency and in time, then around 27 million people affected by crisis-level hunger (about 10% of the total people affected by crisis-level hunger) can die over a period of just three months, at the average of three hundred thousand per day.

According to Beasley, representing the views of the biggest humanitarian organisation linked to the UN, under the worst-case scenario, “We could be looking at famine in about three dozen countries.”

What can be done to avoid these terrible possibilities? Beasley says, “First of all, we need peace.” As the UN secretary general also said earlier, a global ceasefire is essential. The hunger crisis and the humanitarian crisis are already the worst in conflict zones, and the world just cannot afford a worsening of this situation.

In addition, Beasley emphasises the commitment of more funds with certainty. There have been reports of humanitarian and food programs being forced to cut back on already limited rations due to fund constraints. Access to suffering communities for humanitarian programs must be assured by authorities, particularly in conflict zones. Last but not the least, “Supply chains have to keep moving if we are going to overcome this pandemic, and get food from where it is produced to where it is needed.”

Troubling situation even before the pandemic hit

Around the same time that Beasley made this presentation to the UN Security Council, the Global Report on Food Crisis 2020 was released. Although the report was largely prepared before the pandemic struck, it has included a section which warns about the various ways in the hunger and food crisis situation can worsen due to the pandemic, which countries and communities are more vulnerable.

Also Read: How India Can Improve Its Food Security After the Pandemic Passes

Drawing special attention to the vulnerability of nomadic and semi-nomadic pastoral communities, the Global Report says that the impact on them is likely to be grave if national governments close borders, disrupting livestock migration routes, including across the fragile Sahel region in Africa.

Drawing attention to another recent factor, this report says, “In countries where crops and livestock producers are affected by the desert locust outbreak, the restrictions on movement may hinder locust control operations with dramatic consequences for crop production.”

Locusts, after having been sprayed with pesticides. Photo: By arrangement

In a review of hunger and food situation in 2019, this report has identified about 40 counties as facing the most serious situation. India is not mentioned among these countries. However, Pakistan is mentioned in the context of the serious drought and hunger situation of recent years in Sindh and Balochistan. Bangladesh is mentioned in the context of the serious situation in Cox’s Bazaar district, where Rohingya refugees live in a camp. As things are deteriorating fast now, it is likely that a much larger number of countries may be included in the next year’s report.

As these various warnings coming in the past few weeks make it abundantly clear, the present situation is a very serious situation in the context of hunger and food scarcity. Careful planning is needed to curb hunger and meet the food needs of people.

Bharat Dogra is a freelance journalist who has been involved with several social movements. His recent books are Man Over Machine and Earth without Borders.