Most of the signatories were also party to the missive sent to the prime minister earlier in protest against hate crimes and lynchings in the country.

Mamata Banerjee, to whom the first letter is addressed; Aparna Sen who is one of the signatories; and filmmaker Anurag Kashyap on whose behalf the signatories have raised their voices.

New Delhi: Filmmaker and actor Aparna Sen, along with several eminent personalities of Bengal have written successive letters, one criticising police action on groups of protesting teachers in the state and the other in solidarity with director Anurag Kashyap, who had to leave Twitter after being harangued by threats online.

While the first letter (sent on Monday) has ten signatories, the second came on Tuesday and had 28 signatories. The letters were written on behalf of CitizenSpeakIndia, the same body under the aegis of which 49 personalities had written to Prime Minister Narendra Modi on July 24, expressing concern at the number of “religious identity-based hate crimes” in India for which ‘Jai Shri Ram’ had become a provocative war cry.

Monday’s letter, signed by the likes of theatre personality Sohag Sen and actor Parambrata Chattopadhyay, is addressed to West Bengal chief minister Mamata Banerjee, who had supported the earlier letter to Modi. In it, the signatories criticised alleged police violence on August 19, on contractual teachers demonstrating to have their demands for a salary hike heard. The teachers, said the letter, had allegedly been on hunger strike when they were picked up.

Teachers attacked by police! Female teachers sexually abused! What is the state govt doing? I am not in town, else I would have been by your side! All my sympathies are with you. Madam CM! It’s upto you to find the perpetrators & mete out severe punishment!

The letter also mentions an earlier and similar incident at Kalyani on August 17, when striking contractual teachers of government and government-aided schools were allegedly lathicharged by police.

“Instead of trying to resolve the peaceful democratic protests of teachers of this state through sane dialogue and debate, the administration has been resorting to undemocratic means,” it said. 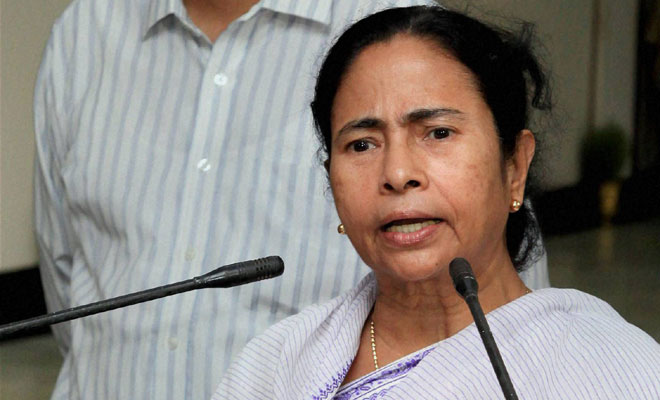 The struggle by contractual teachers in Bengal has been on for a very long time. Banerjee, however, said they should teach instead of agitating. “Para-teachers should know, I have great respect for you. You educate the young generation. But should you stop taking classes for joining agitations and wear black badges?” Banerjee said at an administrative meeting in Howrah on August 19.

The same letter also draws light to theatre actor Shubhankar Das Sharma, who was allegedly attacked by unidentified people on August 15. Das Sharma had allegedly acted in a streetplay at Kolkata’s Academy of Fine Arts and was on his way home in Dum Dum when he was pounced upon by assailants, who allegedly poured a kind of ‘ointment’ on his eyes with the intention of blinding him and making sure he does not identify them.

“We feel that such incidents are, in effect, an attack on all artistes propagating free thought, and should be condemned with the same severity as any case of lynching anywhere else in India,” the letter says.

It decries the atmosphere of intolerance that could have given rise to such violence and on the same vein, paves the way for the Tuesday open letter in which a strong condemnation was issued against the “threats of violence” which caused Anurag Kashyap to quit Twitter on August 10.

Asserting that such threats “tear apart the democratic fabric” of the country, the letter advocates for free speech and says the matter demands immediate attention. The letter is signed by the likes of singer Anupam Roy, theatre personality Kaushik Sen, actor Anirban Bhattacharya, environmentalist Bonani Kakkar and mental health activist Ratnaboli Ray, along with Sen.

“Someone criticising a few things about his or her own country doesn’t mean that that person is an anti-national…most importantly one’s freedom of expression should be respected. A person shouldn’t receive death threats for expressing himself or herself,” National Award-winning actor Riddhi Sen, who is a signatory to all three letters, told The Wire.