Most of those killed were shot allegedly by the police. 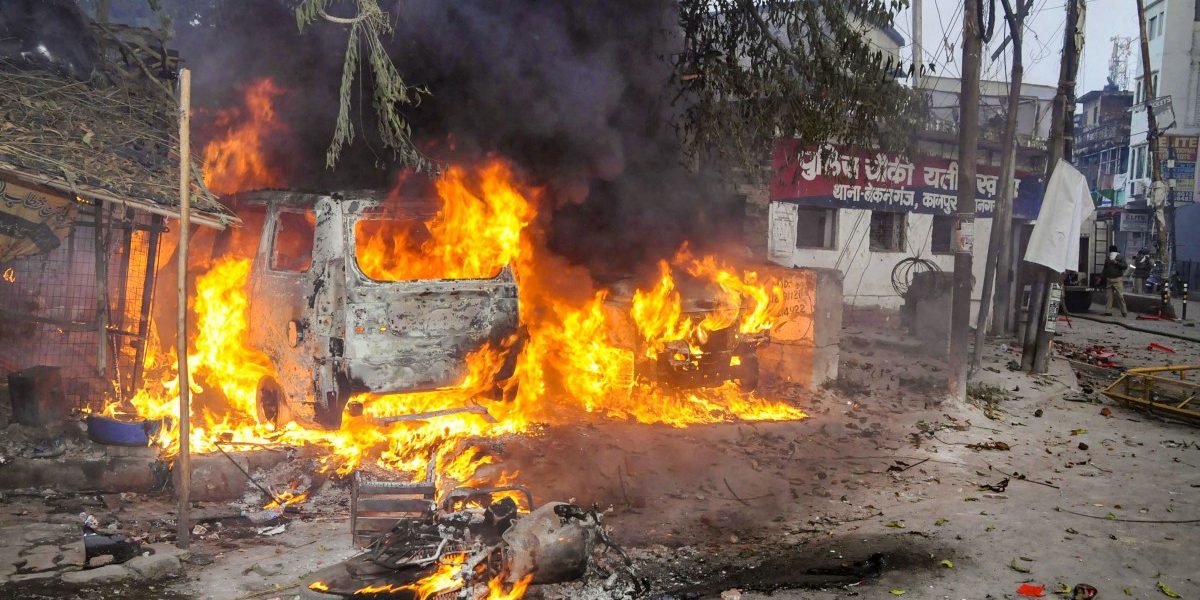 A vehicle on fire during anti-CAA protests in Jharkhand. Photo: PTI

New Delhi: Twenty-five people have reportedly lost their lives in the ongoing protests against the recently passed Citizenship (Amendment) Act, 2019 (CAA) and the proposed nationwide National Register of Citizens. Most of the deaths have been reported in Uttar Pradesh (UP) after police allegedly fired on protestors. Though protests have been organised in almost all states across the country, deaths have been reported in only Bharatiya Janata Party-ruled states. Activists allege that huge gatherings in other states have been peaceful and without any incidents of violence, accusing the BJP of disproportionate police action on protestors.

Five people succumbed to bullet injuries in Assam after the police reportedly opened fire on protesters who had taken to the streets defying Section 144, imposed in the state after parliament passed the disputed CAA on December 11. Those who succumbed to bullet injuries include Sam Stafford, a 17-year-old boy, and 19-year-old Dipanjal Das, who was declared the “first martyr” of the anti-CAA movement in Assam.

Stafford was a musician who would have taken his school leaving exams this year. He was on his way back home in Hatigaon after joining a protest demonstration at Latasil Field when a bullet hit his face. He died on the spot.

Das, a resident of Chaygaon, succumbed to bullet wounds at Lachit Nagar. He was also on his way home when a bullet hit his abdomen, he died on the way to Guwahati Medical College. Das worked as a canteen cook at the District Sainik Welfare Board, a government body that works for soldiers employed by the Indian Army.

Abdul Amin (23) and Ishwar Nayak (25) are two others who succumbed to injuries sustained during the protests in the state. Amin took a bullet to his abdomen and Nayak was hit on his waist.

Azizul Hoque (45), a resident of Muslim Ghota in Sipajhar, also lost his life but not due to police violence. “Azizul was warned by his relatives not to venture out with a fuel truck, as the protests were peaking in Mangaldoi and Darrang district. Azizul, however, stepped out and some miscreants burning tyres for a roadblock burnt his truck near Orang while he was inside it,” Saddam Hussain, a local student leader told Anupam Chakravartty, a contributor to The Wire.

Two people, Jaleel Kudroli (49) and Nausheen Bengre (23), died of bullet injuries in the protests against CAA and NRC last Thursday in Mangalore, The News Minute reported. One eyewitness of the protest says one of them was hit with a bullet in the eye and another took a bullet to the chest.

Thousands of people had taken to the streets in the coastal city of Karnataka, defying Section 144 of the CrPC that prohibits assembly of four or more people in a given area. Major clashes broke out between the police and protesters in the Kudroli locality of the city.

The police allege that protestors attacked them with stones and also tried to set fire to the Mangaluru North police station. Police commissioner P.S. Harsha has called the police action a “legitimate use of force”.

However, eyewitness accounts of the protest indicate indiscriminate police action. “…the police, in large numbers, entered a hospital where injured protestors were receiving treatment. They launched tear gas within 30 metres of sick patients inside the Intensive Care Unit (ICU), attempting to barge into patient rooms where protesters had taken refuge,” Shaunna R. writes in The Wire.

Videos released by local news channels also reportedly show people who were part of a peaceful march being beaten up by the police. The police had announced that they would resort to lathi charge if Section 144 was defied, yet like many other parts of the country people had taken to the streets. As the police started charging with batons, protesters also resorted to stone pelting. This is when the police reportedly shot at the protesters.

Major protest demonstrations broke out across Uttar Pradesh on Thursday (December 19). While India Today says 18 people died in UP in the last four days, The Indian Express puts the number at 16. Mohammad Sageer, an eight-year-old boy, is among those who died in the state. Sageer had sustained injuries in a stampede in Varanasi’s Bhelupur area as the police tried to disperse the protestors.

A person named Rashid (35) succumbed to head injuries in Firozabad and a 28-year-old HIV patient succumbed to firearm injuries sustained during Friday’s (December 20) protests in Kanpur.

The Print spoke to the families of Anas and Mohammed Suleiman who lost their lives in police firing at Nehtaur in the Bijore district of UP. Suleiman was a UPSC aspirants and Anas was the father of a 7-month-old child. “He went out only to buy some milk. He had nothing to do with the protests,” Anas’s father Arshad Hussain told The Print.

UP police has claimed that the protesters who died were hit with country-made bullets. “They said, 405 empty cartridges, fired by protestors, have been recovered till now. The autopsies of the 18 dead reveal that most of the deceased were hit by these country made bullets,” India Today reported. The families of the deceased, however, rubbished this claim and allege that they died in police firing. A video too contradicts the official line that the police fired no bullets.